How We Doin’: First Impressions Of The Revamped “Weekly Idol”

It was the news that left a lot of us shook (and not in a good way): “Weekly Idol” was being revamped, with Jung Hyung Don (Doni) and Defconn (Coni) leaving their roles as the MCs. They had just celebrated their seventh year with the show and were successfully attracting big name guests, so it really felt like the news had come out of left field.

Once everyone had (more or less) gotten over the shock, it was finally announced that the incoming MCs were to be Yoo Se Yoon and Kim Shin Young, and later Lee Sang Min. 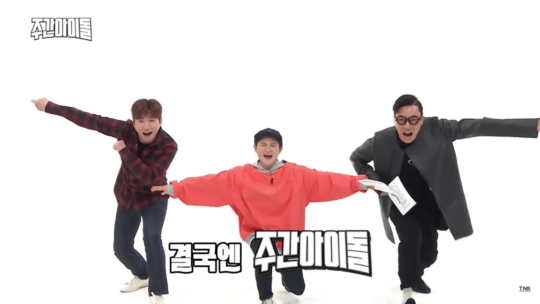 Now that most of us have settled into this new norm, it’s time to check in with the new MCs and see how they and the revamped show are doing.

Comedian Kim Shin Young seems to be the MC to receive the warmest welcome, most probably due to her well-known rapport with idols. Her many past gigs, such as “Invincible Youth,” have shown her hanging out with idols. The defining role would probably be her hosting MBC’s “Show Champion” since 2015, where she is literally surrounded by idols every week. Among the three MCs, she’s also the only one to have appeared on “Weekly Idol” with her Celeb Five group, so she’s had the chance to experience the original flavors of the show first hand.

Yoo Se Yoon should also be familiar to international viewers who watch variety shows regularly, including recent-ish appearances on “2 Days & 1 Night” and “Ask Us Anything,” as well as a stint on “Radio Star” from 2011 to 2013. He’s also part of a hip-hop/comedic music duo called UV, along with Muzie.

As for Lee Sang Min, he recently made a successful return to the public eye after a gambling scandal from a few years ago, and has been very active in the variety show circuit of late, including his current roles in “Ask Us Anything” and “My Ugly Duckling” (among others). More notably, he was the founding member of Roo’ra, a 1990s hip hop and dance group who were top selling artists at the time, which would make him a big sunbae to all the young idols out there. 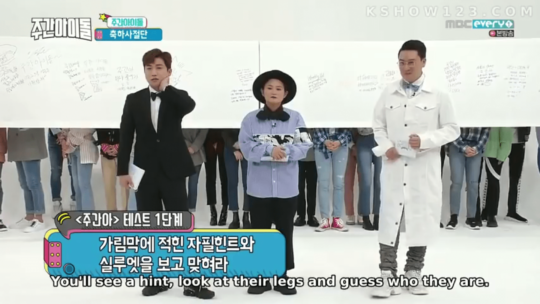 So far, three episodes of the revamped version have aired (as of writing), with the first episode being an opening/congratulatory episode. And in that episode, it is Shin Young who is able to shine the most. The three MCs have to guess which guests are hiding behind a paper panel with only written clues or certain facial features. There are so many guests in that episode, ranging from first generation idols NRG and Baby V.O.X, all the way to the babies of the bunch, fromis_9. And most of the time, it is Shin Young who is able to guess who they are. Her ability to recognize them from just an eyebrow or a twitching nose is amazing, much less remembering all their names and groups. Her background in hosting a music show really shows, and pays off well!

A lot of idols, a lot of dances!

The new format takes form starting from the second episode, and it appears they have slightly changed the opening slogan, though they’ve kept the hand gestures (they acknowledged it was passed down from their sunbaes, which makes me feel warm and fuzzy). They introduce a new corner, or a pre-segment if you will, to showcase newer or lesser known idols, such as The Boyz and Snuper. These groups jump right into a 2x speed dance, followed by a “Yoon PD’s cam” section that has the idols show off their talents. It’s short, but effective, and I’m sure the idols are happy to be given the opportunity to reach out to more viewers. 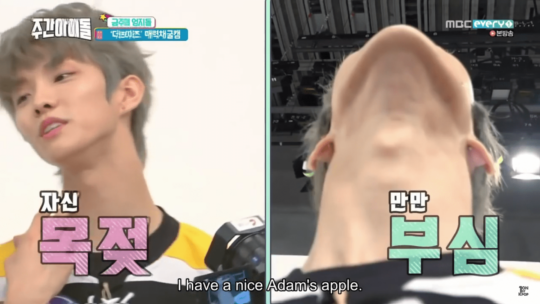 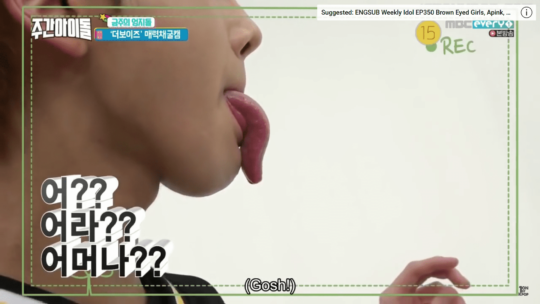 I’ve always been a fan of the dance corners, so the new “Rol-Co Dance” corner really delights me. It goes both faster and slower (like on a roller coaster, thus the name), so you can imagine all the ruckus there will be. In fact, I personally think it’s harder to stay in sync when the music is slowed down, as there’s just suddenly so much more space between the beats. So with this combination, we get both the power of a 2x speed dance, and hilarities from the 0.5x speed.

As for the MCs themselves, Kim Shin Young and Yoo Se Yoon seem to be hitting it off really well, and are successfully bringing the laughs while creating opportunities for the idols to showcase themselves too, which is technically the most important thing for this show. They’re also not afraid to rile up or tease the idols, and so far, it’s been working well (fans of VIXX and Leo, be sure to tune in to their latest episode for Leo-gone-wild!) 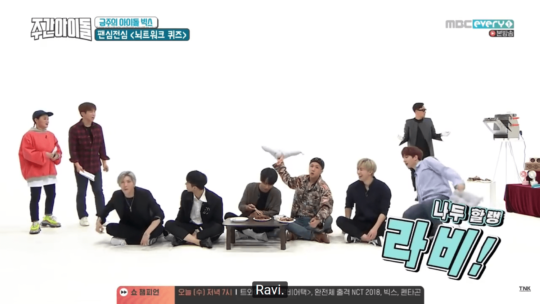 Unfortunately I can’t quite say the same for Lee Sang Min. I enjoy him on “Ask Us Anything,” so I have nothing against him, but he just doesn’t seem to quite fit in yet. In the pre-segment I mentioned earlier, the idols are supposed to be budding plants being nurtured, and you can see Sang Min off to the side spraying water on a potted plant with a mad scientist look on his face, which is more odd than funny. When talking in line, he’s off to the far end while Se Yoon and Shin Young stand where Doni and Coni usually do. Even during the talk segments, he doesn’t hold cue-cards like the other two, so again, it doesn’t quite show what his purpose is. He does sometimes spout some facts about music history or name drop heads of entertainment agencies, but I find that it kind of breaks the flow. It’s probably not even Sang Min himself, but the issue of a third MC. Is it even really needed?

So bottom line is, “revamped” is the right word. The show has retained similar aspects from its previous life (like the completely white set) while giving it a fresh coat of paint. Was the fresh coat of paint needed? And will Sang Min be able to find a bigger presence on the show? Only time will tell. Avid fans of Doni and Coni should also find comfort in them having their own new idol show, and us viewers should delight in the fact that we have more places to watch our favorite idols both amaze and give us laughs!

Are you watching the revamped version of “Weekly Idol”? What are your thoughts on how it’s going so far? Let us know in the comments below!

Belinda_C was bummed that they didn’t show Wonwoo and Joshua dance during that first episode. She needs more Wonwoo in her life. Shinhwa too!

All-time favorite: “Running Man”
Currently watching: Anything and everything with SEVENTEEN
Looking forward to: Shinhwa and Wanna One in the jungle

6 Heartbreaking Moments From The Finale Of “Encounter”