Although this was Everglow’s first win after 6 months, Dreamcatcher fans seem to have found an error in the point total for first place. 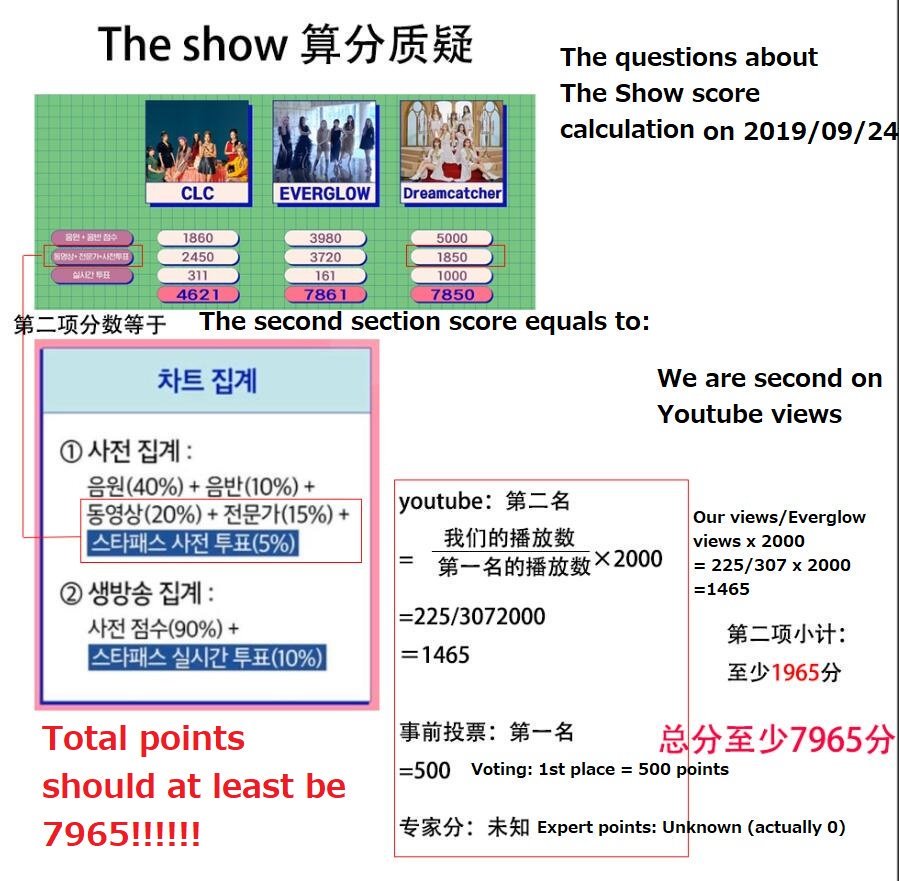 For pre-voting, Dreamcatcher received 54.31%, Everglow with 23.36%, and CLC with 18.55%. Because Dreamcatcher won the pre-voting category, they automatically take 500 points, with Everglow receiving 213 points.

When calculating these points, Dreamcatcher would have 1,472 points and Everglow with 2,000 points.

Assuming that Dreamcatcher received 0 points in the expert category and Everglow receiving all the points, the total for the ‘Pre-voting+YouTube+expert’ portion would be 1,972 points for Dreamcatcher and 3,773 points for Everglow. However, the points revealed on the show had Dreamcatcher’s points total 122 points less than what it should have been. In the case of Everglow, it would be a 53 point difference.

So, after fixing the point errors, the new total for Dreamcatcher would be 7,972 points and Everglow with 7,914 points.

Even with the exclusion of the expert points, there is more than a 100 point difference in the totals. There has been no formal statement revealed from SBS on this yet. 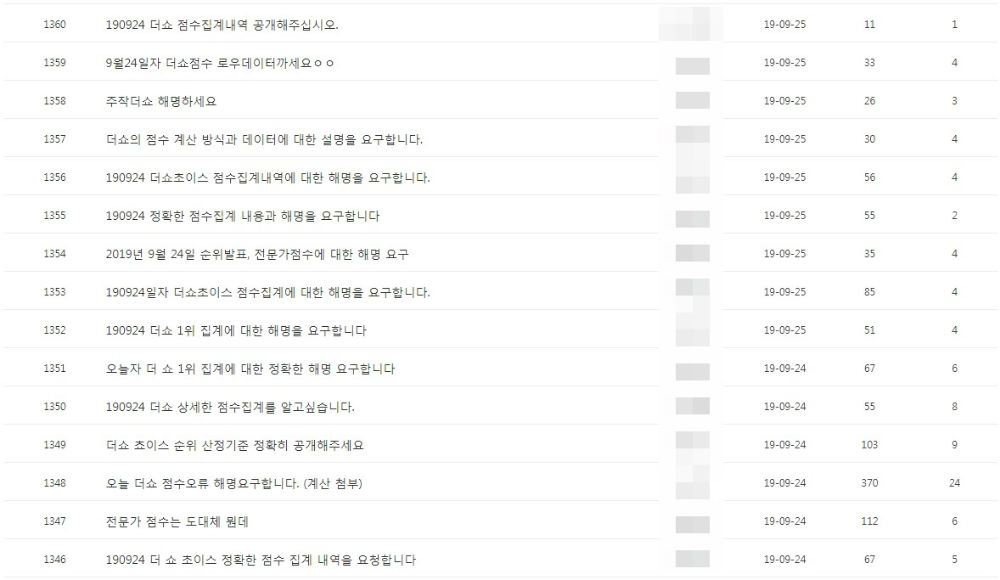 Fans have been continuously posting for an explanation on the SBS website.

There have been cases of point total errors on other music shows such as Mnet M Countdown where the first place winner has been switched.

Fans hope for an explanation on this matter to be revealed very soon.