DREAMCATCHER was forced to cancel their concert in Melbourne due to a fire at the performance venue. They quickly released a video on their official YouTube channel, thanking fans for their understanding and love and expressing concern for anyone who may have been affected by the fire.

“Finally, I would like to offer my condolences once again to all the people who have been affected by yesterday’s fire.”

Although they were unable to perform, they surprised InSomnias with a visit to Australia’s famous Hosier Lane, a landmark known for its urban artwork. When they learned local fans gathered to visit the graffiti street, they went directly to the city to meet with them.

“DREAMCATCHER… went directly to the city and met the fans.” 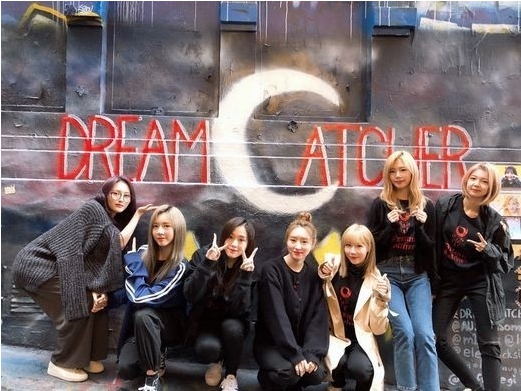 Even though we couldn’t perform in Melbourne, I realized that there are a lot of enthusiastic fans who love us, DREAMCATCHER, in this faraway country. Thanks to our fans, we feel why we exist once again.