DreamCatcher recently made a comeback after their world tour, and they shared what their experience with international fans was like!

At a showcase for their new mini album on May 10, member Yoohyeon said, “I didn’t know that I’d go to Europe. When I actually went, it was truly amazing because a lot of fans cheered for us.”

Siyeon added, “All of the people who love us have the same feelings. But the way they express their excitement was different depending on the country. In Poland, they stomped their feet when they were excited, and that loud sound gave us more energy too.”

The members are currently preparing to promote in Japan, and they said they want to do another overseas tour. In particular, Chinese member Handong said, “I want to go to China. It’s been a shame that I haven’t been able to perform in China since my debut. I want to introduce my family to DreamCatcher and show them how I’ve improved.” She also said that she wants to meet their Chinese fans. 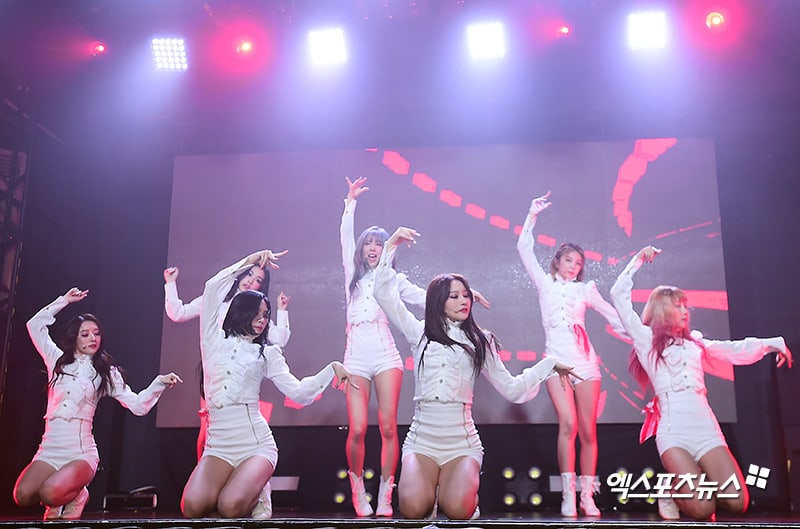 JiU commented, “We did an overseas tour and a solo concert about a year after our debut, which I think is rare.”

When asked about their goals for this comeback, SuA said, “All of DreamCatcher’s music is good, including the b-side tracks. I hope that many people will know more about our songs. We aren’t hoping for a high ranking on the chart. I think we’d be happy if we just entered the chart.”

DreamCatcher released their new mini album “Nightmare — Escape the ERA” on May 10, featuring the title track “You and I.”