Upcoming MBC drama “You Drive Me Crazy” has released their official poster!

“You Drive Me Crazy” is about two friends Eun Sung (played by Lee Yoo Young) and Rae Wan (played by Kim Seon Ho), and the changes in their relationship as they transition from long-time friends to something more. Eun Sung, who works as a translator, feels something for Rae Wan but doesn’t want to lose him as a friend. Rae Wan deals with a slump in his work as an artist as he deals with his feelings for his friend.

Kwon Do Woo plays Seo Jung, the woman who makes Eun Sung’s heart flutter momentarily, and Sung Joo plays Hee Nam, a musician who is interested in Eun Sung and confidently puts himself out there.

In the poster, the four main leads Kim Seon Ho, Lee Yoo Young, Sung Joo, and Kwon Do Woo sit comfortably on some steps. They all look close as they smile and chat with one another, as any other group of friends would. 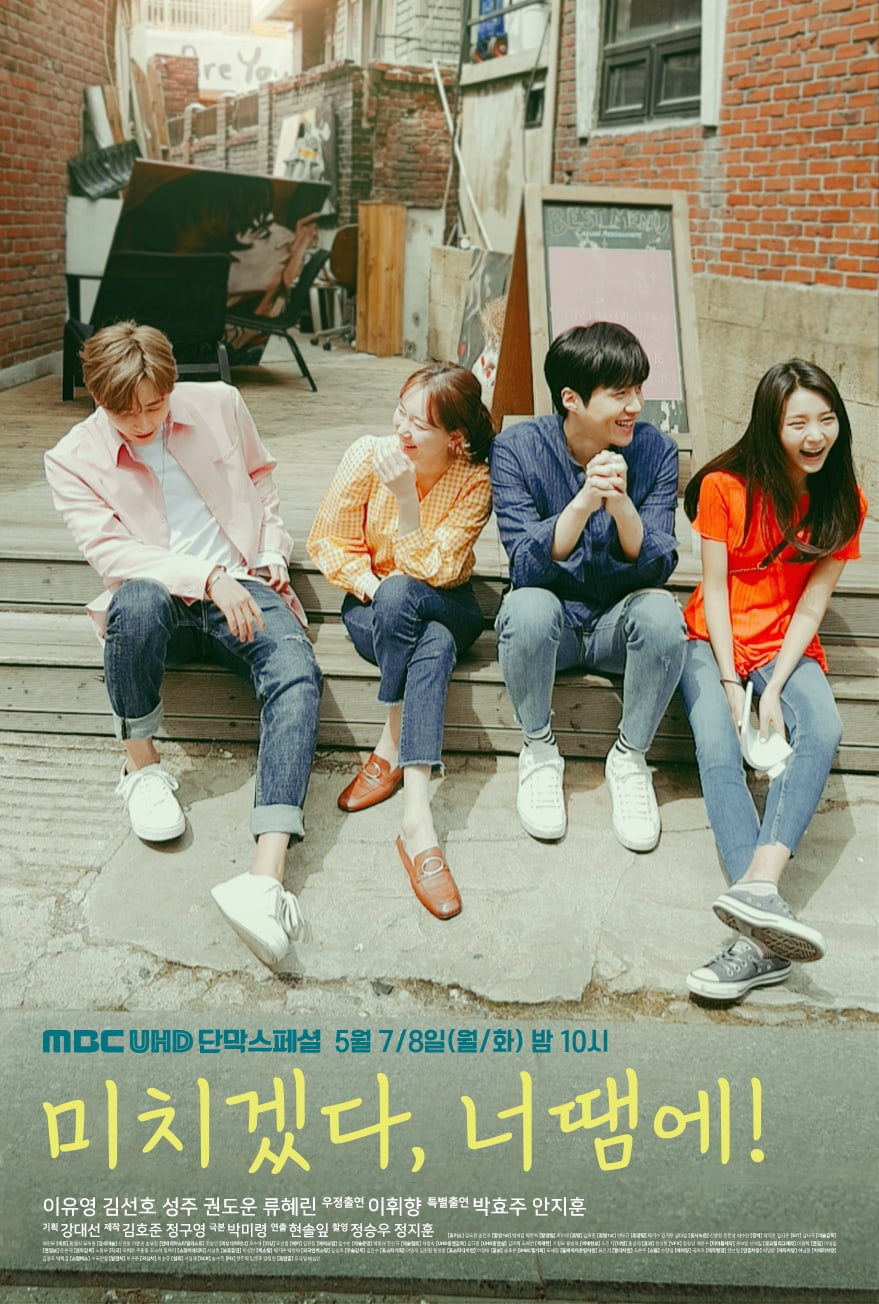 It was revealed that the poster was actually shot while the actors were waiting around for the poster shoot to be set up. A staff member captured the candid moment with the camera on their phone, and the image was chosen as the official poster as the cast emulated their friendship so naturally in the shot.

“You Drive Me Crazy” will air its first episode on July 8 as a two-part series and will be available on Viki!