DSP Media has spoken up additionally to address specific incidents brought up on community sites. They have previously released a statement regarding the initial accusations of bullying made against APRIL, involving former member Lee Hyunjoo.

The company addresses various issues including KARD Jeon Somin‘s involvement as the leader of the group and denied allegations against her. They also denied issues brought up on community sites which accused Lee Naeun specifically. 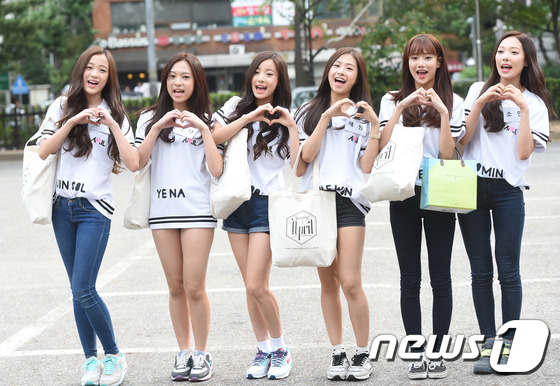 The full statement is as follows.

Due to the posts on community portals, we deliver an additional official statement.

Hello. This is DSP Media. We send out an additional explanation with regards to the unsavory issue between APRIL and former member Lee Hyunjoo. Although we did not wish to mention the related parties atop of the artists themselves, due to the severity of the matter, we decided to further explain after confirming facts.

Regarding Jeon Somin. Jeon Somin spent a long and ardent time as a trainee since she was 16 years of age. After debuting in APRIL, she tried hard as the leader. It is false she bullied or specifically disliked any particular member. Jeon Somin and Kim Chaewon spent 3 years together as trainees and were hence close to begin with. There’s no reason for them to try hard to be closer.

Regarding the tumbler issue. There was about 40-50 tumblers in the dorm at that point in time and one member took a tumbler, filled it with soybean stew and brought it to the practice rooms to eat with the members. When Lee Hyunjoo said it was her tumbler, Lee Naeun immediately apologized and it was the situation at that point of time where all members were sharing the food.

Regarding the shoes issue. The company gave the members 12 pairs of shoes as presents. There were 6 identical pairs of each of the two designs. Amongst this, 4 members have the same shoe size and hence the issue arose.

Regarding the cursing before broadcast incident. This is false as no member cursed before the broadcast.

Regarding daily life. The company checked the CCTV regarding accusations of Lee Hyunjoo being a victim and we did not find anything that showed as such. We have also shared this truth with Lee Hyunjoo’s mother.

Regarding the issue of greeting Lee Hyunjoo’s mother. The members knew it was a grave situation so they did not know what to say and just passed by in silence. This resulted in a misunderstanding.

We are apologetic for the situation in which we have to make such  explanations. However, due to the unverified posts made by 3rd parties, we could not stand by and see the mentioned members being brought harm. Hence we ended up talking about the past, which we had no intention of.

Shortly after the unsavory issue between APRIL members and Lee Hyunjoo came to light, there have been posts that came about which talked about unverified incidents as if they were the truth. The members are suffering due to these.

Not only will we be taking strong legal action against posting and spreading of unconfirmed false information, we will also be taking action against the photoshopped images going around on community sites. Thank you.

Hyunjoo nor the APRIL members have specifically spoken up on the matter.