Dynamics Of Life, Death, And Love: What To Expect From The Premiere Of “About Time”

“Time is gold,” “There is no better time than right now to be happy,” and “Time is of the essence” — these are overused aphorisms we hear daily or read in books that are supposed to inspire us to live right “now.” For many, these may just be a bunch of clichés that everybody should stop using already. But for some, these quotes never die because it holds a fundamental truth: never take for granted your life here on earth.

“About Time,” starring Lee Sung Kyung and Lee Sang Yoon, plays on this concept in a combination of fantasy romance drama that asks, “What would you do if you knew the exact duration of your lifespan?” So many things happen in the first and second episode alone, but here’s what you can expect from the show’s first couple episodes!

A meeting of polar opposites

Lee Sung Kyung makes an exciting return as Choi Michaela, a woman who’s always running out of time —literally. From the very beginning it’s clear that everything for her is “about time.” She often calculates the exact minutes it takes for her to arrive at her destination, not a second more or less. She is precise about every tick of the clock as she aims to achieve her dream: to become a musical actress. But there is a deeper, more pressing reason why she is always anxious about making each day count. She has an uncanny ability to see clocks that indicate how much time every person has left before they die — right down to the very last second. She says, “I can see the time people have left to live. The time I have left to live is 167 days, 3 hours, and 14 minutes.”

As a woman with this sole unfortunate power, we have yet to find out why or how she was granted this, but Michaela has long accepted her fate. Instead of being afraid, she lets go of all her inhibitions by feeling the excitement of life through extreme activities like car racing, scuba diving, and kissing a stranger to get a role in a musical.

Then there’s Lee Do Ha, played by actor Lee Sang Yoon, who we’ve mostly seen playing brooding and serious characters. This time he tries his hand at playing an oddball chaebol character who has an anxiety disorder, which prevents him from doing anything outside the box. As chief director of a cultural foundation, Do Ha plays everything by the rules. He doesn’t like taking risks unless necessary, and fear grips him whenever he is faced with a situation that might trigger his anxiety. For now, all we know is that his illness was brought about by a traumatic experience. 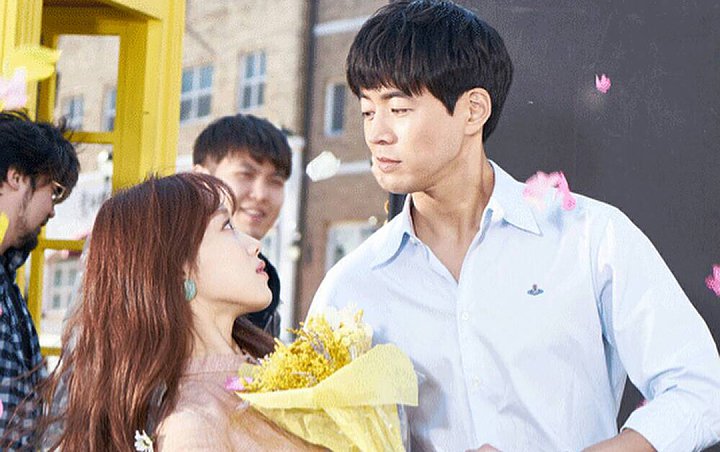 At first glance, these two are polar opposites. When they first meet, Michaela is on her way to her musical audition when Do Ha accidentally hits her luggage as she is walking behind his car, causing her to fall down. We see a stark contrast between their personalities, when Michaela asks Do Ha to drive her as an apology for the incident, but ends up driving his car at lightning speed instead, leaving Do Ha speechless and hanging on to his dear life. It makes you want to continue watching to see how they clash and interact, because Michaela is everything Do Ha is not: fearless, unpredictable, passionate, and sometimes a little crazy.

Seeing how time raises the stakes

By the first two episodes, Do Ha is already livid and seemingly creeped out by Michaela’s unpredictable actions. The last thing he wants to do was to see her again, but alas, they meet again in Hainan when Do Ha goes there for business while Michaela gets a part-time job as a scuba diving instructor. It’s when they meet again that an incident occurs, leading Michaela to a shocking discovery: Do Ha shares the same life duration as she does, and her clock suddenly stops.

Michaela takes this information as another motivation to prolong her life — as long as Do Ha is next to her, every second her life deadline starts to slow down and stop. From then on, she devises ways to get close to him despite his obvious rejections. She even goes all the way to follow him wherever he goes and apply as his personal driver, but his ultimate question is, does she really like him?

We can understand why Michaela is so desperate. She doesn’t know why, but this man may be the key to her survival. Michaela knows, after all, that she is about to die. Lee Sung Kyung is able to balance touches of cuteness to her character with maturity. If this were a typical K-drama, the writer could have easily written Michaela’s character as merely the quirky and bubbly type, but Lee Sung Kyung shifts from being a happy-go-lucky girl to someone whose eyes convey deep sadness. And that’s what makes her character so interesting.

On the flip side, I feel like Do Ha’s character is quite typical. He’s a rich man with a disorder and a hot temper. But what makes his character different from all the other chaebols in K-dramaland is Lee Sang Yoon’s interpretation of Do Ha. You can see what he is feeling and thinking just by looking at his eyes whenever he looks at Michaela. It’s going to be fun to see how his walls will be broken down by her antics.

Potential for music and comedy

Lee Sung Kyung is definitely showing her many talents in this drama. She first revealed her sweet singing voice in a collaboration with Eddy Kim, but now she’s combining that with acting in a drama where she plays an aspiring musical actress. Talk about multiple roles! She is so breathtaking that the camera just loves her. 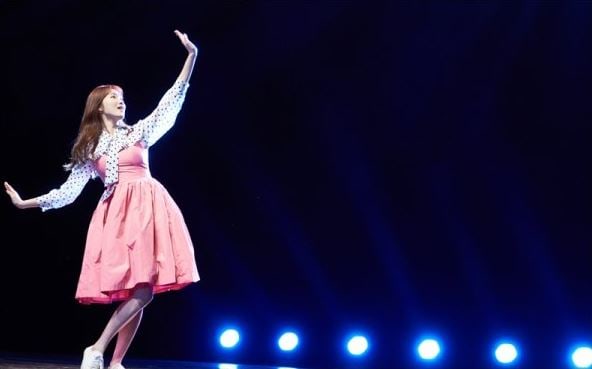 And we all know Lee Sang Yoon has a knack for comedy based on his witty comebacks in “Master in the House,” and it will be exciting to see how he brings fun to his character. One hilarious example that already hints at this potential is the scene where Do Ha goes back and forth between reality and the imaginations that go on inside his head. Is he really feeling the effects of his anxiety? Or is he just love sick?

As for Lee Sang Yoon’s chemistry with Lee Sung Kyung, we’re definitely seeing a lot of promise here. Sometimes when they don’t have lines, all they do is communicate through their eyes, and we can almost feel her desperation and him being captivated.

One thing’s for sure, Michaela has piqued his interest, and he just can’t look away. But Do Ha has a girlfriend (Im Se Mi) and has even proposed to her, which will probably be one obstacle they’ll have to overcome later on.

If you’re wondering whether “About Time” is worth the shot, it definitely is. It may look like a fluffy rom-com at first glance, but it asks substantial questions about life, death and ultimately, what love can do to reconcile both. We’re already seeing the the push and pull between the two characters, plus a lot of funny, sweet moments, so that’s also definitely something to look forward to.

So far, there have been quite a lot of dramas that dealt with the concept of time. There’s time travel in “Nine,” “Tomorrow with You,” and “Go Back Couple.” But in these dramas, there is an element of “transport” that allows the characters to either go back or forward in time. “About Time” doesn’t even have that, and yet it gives an even greater responsibility to Michaela with the knowledge of everyone else’s lifespans. How can one person deal with this non-power? I say non-power because she is left with nothing else except knowing since she can’t do anything to change other people’s fates. But there’s one thing she can do — to take charge of her own life. She can either make the most out of the time she has left or do everything to survive, which sets this drama up to be a roller coaster ride.

“About Time” actually reminds me of Justin Timberlake and Amanda Seyfried’s movie, “In Time,” where lifespans can be seen on everyone’s forearm, but the film’s premise is that this time can be increased or decreased like the contents of a bank. In Michaela’s case, she can’t add or minus her lifespan, but oddly enough, her time stops every time he meets Do Ha. And that’s where the thrill begins.

Catch the first episode of “About Time”:

How did you like the premiere of “About Time”? Let us know in the comments below!

Currently watching: “I Am Not a Robot” and “Misty”
All-time favorites: “Because This Is My First Life,” “Weightlifting Fairy Kim Bok Joo,” and “Goong”
Looking forward to: “That Oh Man Soo” and “Are You Human, Too?”