There’s something about winter evenings that makes them perfect for the thrill of epic blockbuster movies: you’re in need of some excitement on your TV to chase away the winter cold. Luckily, Korean cinema has countless films that will quench your thirst for large-scale action and drama. We’re talking spectacular explosions, stylish sword fights, secret missions, and adventures of legendary proportions. So grab a comfy seat and some popcorn, and let one of these epic Korean blockbusters take you on a journey you won’t soon forget!

“The Age of Blood”

Moonlit sword fights and midnight rebellion make “The Age of Blood” the perfect period film for a summer night. Set during the Joseon era, the movie centers on Kim Ho (Jung Hae In), a bodyguard who pledges to protect historical King Yeongjo’s life even as a group of rebels infiltrates the palace to murder the monarch. Rather than harping on history and motives, “The Age of Blood” focuses on amping up the action, making it an easy watch for the end of a long day. Plus you won’t want to miss rising star Jung Hae In slaying (literally) in these epic fight scenes! 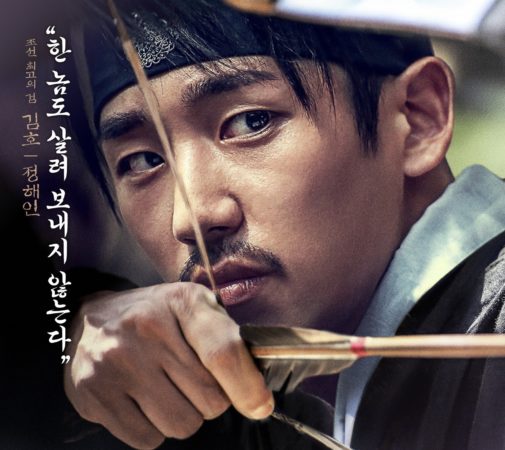 Catch “The Age of Blood” here:

The period of Japanese occupation is a favorite topic of Korean cinema, but no film tackles this era quite like “Assassination.” Jun Ji Hyun heads a team of resistance fighters to take down a pro-Japanese official in a film that, despite its weighty subject matter, is mostly pure gunslinging, explosive, espionage fun. A mysterious hitman (Ha Jung Woo), a resistance-fighter-turned-Japanese-spy (Lee Jung Jae) and a pair of long-lost twins give “Assassination” quite a few twists and turns that will have you glued to your screen from start to finish — there’s a reason this is the eighth highest-grossing Korean film to date. 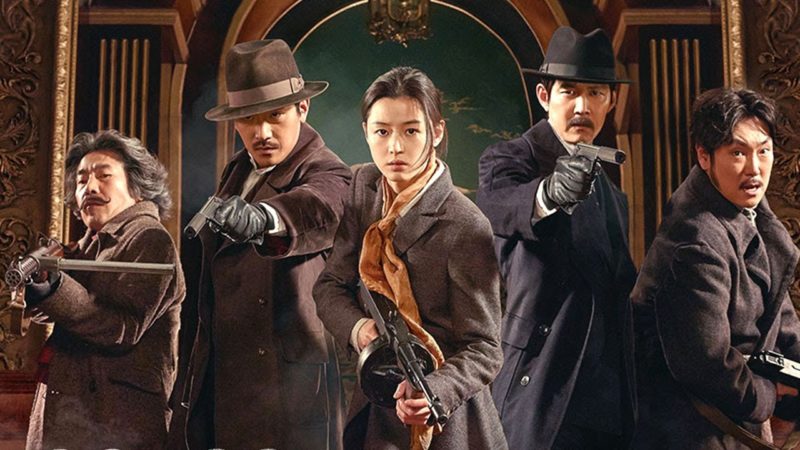 “Along With the Gods”

This two-part action fantasy series — “The Two Worlds” (2017) and “The Last 49 Days” (2018) — will turn up the heat on your cool summer night by taking you on a journey down to hell. Ha Jung Woo stars as a grim reaper who escorts souls in the afterlife through a series of seven courtroom-style trials, each in a different realm of hell, that will determine whether they deserve reincarnation… or damnation. Capped with a heartfelt reflection on the power of forgiveness, as well as impeccable CGI effects, “Along With the Gods” is a fantasy franchise in the making. 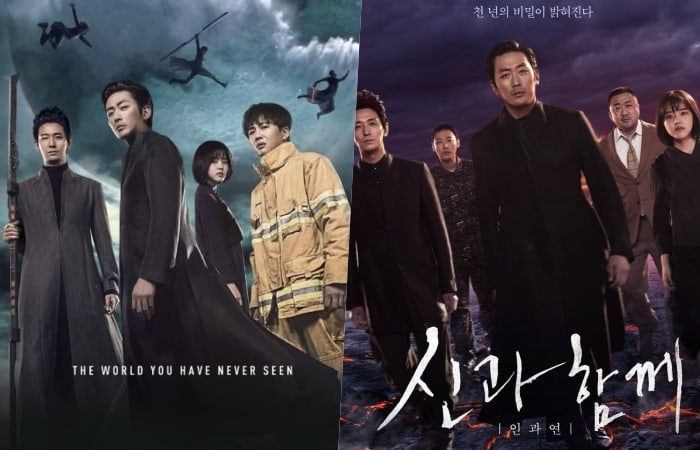 When a whale swallows the emperor’s Royal Seal, the race is on as pirates, bandits, and government officials alike scramble to retrieve it and take home the promised reward. This hilarious premise is the launching point of a comedy-action epic that you won’t want to miss; rife with explosions, fights, and plenty of swashbuckling humor, “The Pirates” is a splash of seafaring fun that is as fearless as its badass heroine (Son Ye Jin). 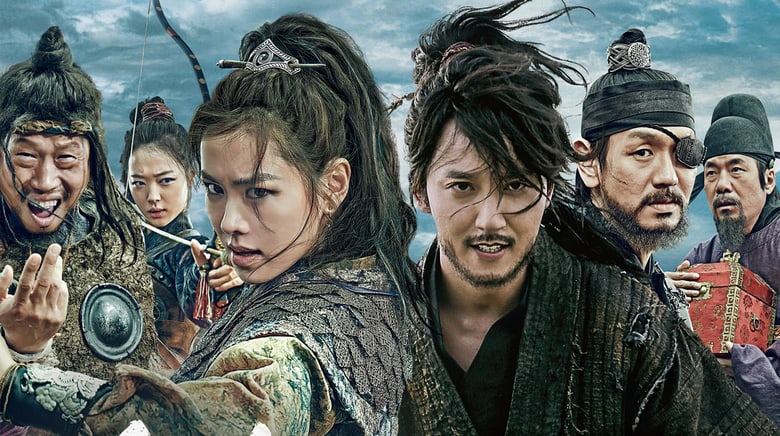 The thrills and twists of spy movies are the perfect way to cool off after a summer day, and “Commitment” offers a sleek espionage tale that will keep you on your toes. Myung Hoon (BIGBANG’s T.O.P) and his younger sister Hye In (Kim Yoo Jung) enjoy a leisurely life in North Korea — until their father, a spy, is killed after finishing a mission in South Korea. The siblings are sent to a forced labor camp, and Myung Hoon is offered a deal: complete an assignment in the South, and his sister will be freed. So Myung Hoon goes undercover as a South Korean high school student for a mission that offers action sequences that are as smooth as T.O.P’s steely gaze. 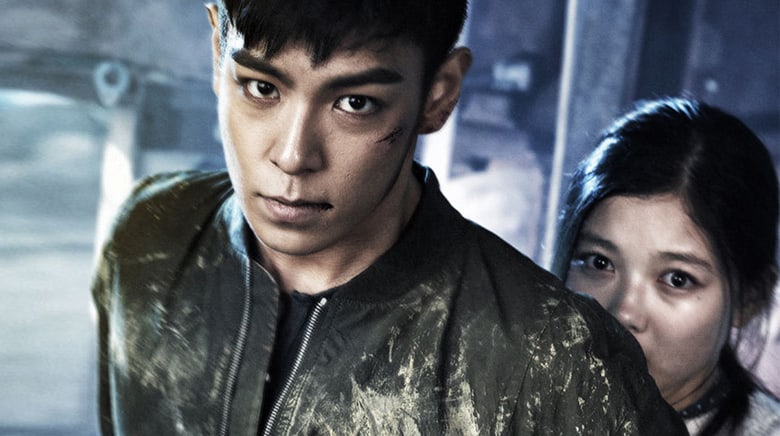 Watch the full movie below:

“Kundo: Age of the Rampant”

“Kundo” is set in 1862, late into the Joseon Dynasty, when corrupt aristocrats guard their wealth while the poor live in poverty and hunger. Dolchi (Ha Jung Woo), born to a lowly butcher, joins a band of resistance fighters called Kundo who steal from the rich in order to feed their starving countrymen. The film pits Dolchi against Jo Yoon (Kang Dong Won), who has his own cross to bear as the illegitimate son of a wealthy official. But don’t be fooled by the film’s somber setting: “Kundo” features plenty of swordplay action and martial arts fun, complete with boisterous humor, an epic final showdown, and, most importantly, Ha Jung Woo slinging two butcher’s knives. What’s not to love? 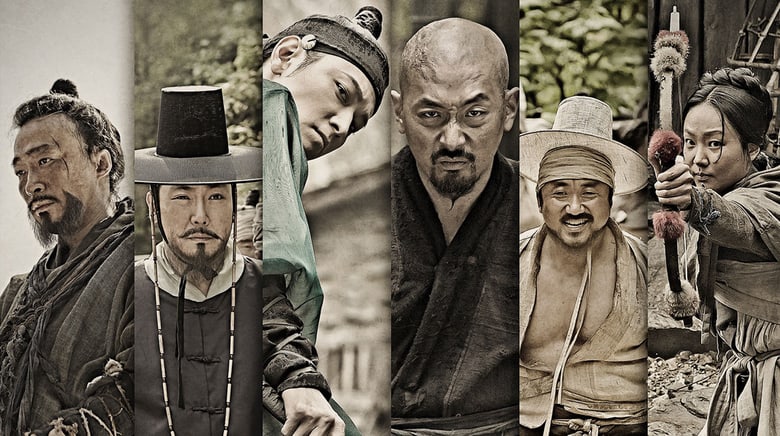 This list would be incomplete without “The Admiral,” the highest-grossing Korean film of all time. Cool off with this epic sea tale, which is based on the true story of the historical Battle of Myeongnyang in 1597. Famed Korean naval commander Yi Sun Sin (Choi Min Sik) leads 12 Korean ships to victory against an invading Japanese force of 333 vessels, in a show of inspirational grit and determination of legendary proportions. 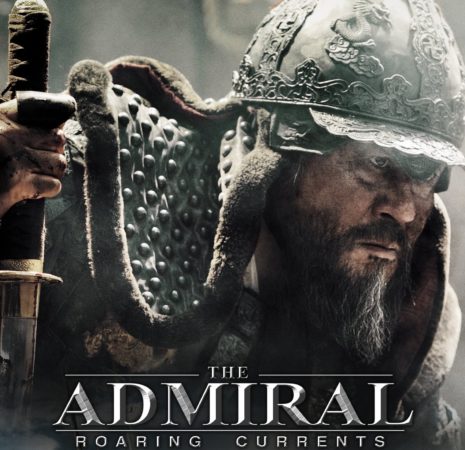 If you’re looking for an action film that packs an emotional punch, you’ll want to check out historical naval thriller “Northern Limit Line.” Based on the real events of the Second Battle of Yeonpyeong, the film stars Kim Moo Yeol, Lee Hyun Woo, and Jin Goo as crew members on a South Korean naval ship. As South Korea celebrates the 2002 FIFA World Cup, a North Korean patrol ship crosses a disputed demarcation line in the Yellow Sea and opens fire on its Southern counterpart. After the chaotic thrill of the ensuing battle, the film cuts in real documentary footage of the funeral of those who did not survive. You’ll want some tissues on hand for this touching tribute to these real life heroes. 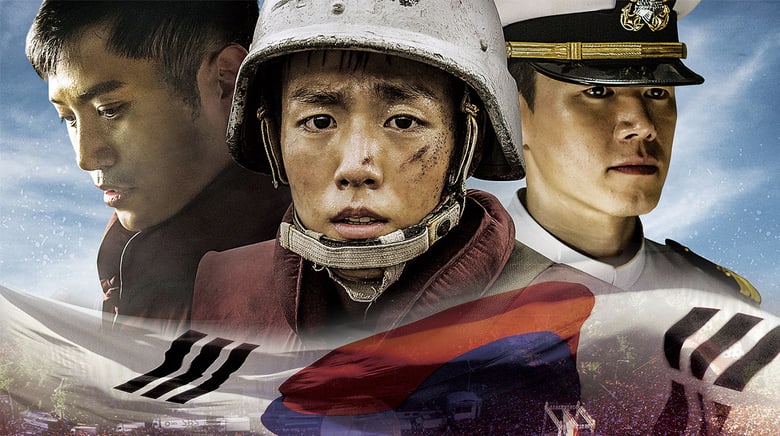 When 10 skilled criminals team up for an epic casino heist with a multi-million dollar diamond as the prize, things are bound to go awry. This is the premise of “The Thieves,” a wild, sexy dose of rambunctious fun that moves so quickly you’ll be glued to your screen. The charismatic robbers are brought to life by a capable cast (Jun Ji Hyun, Lee Jung Jae, Kim Soo Hyun, and more), making it all the more entertaining as their plan spirals out of control and characters are left duking it out on wires on the side of a building, or dodging explosions, bullets, and the SWAT team that arrives at the scene. 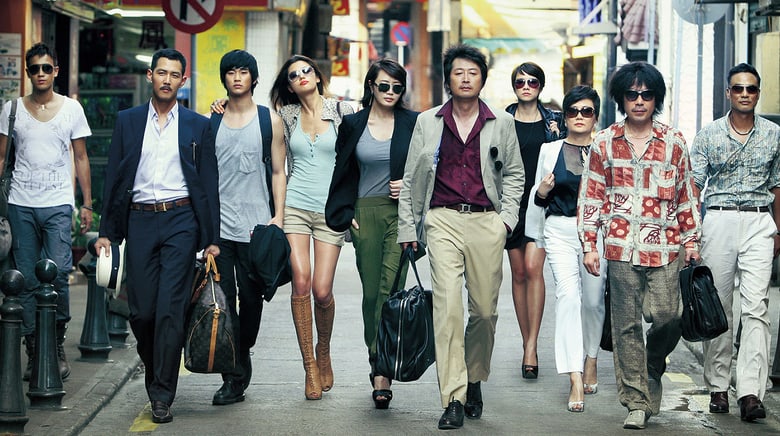 “Memories of the Sword”

With its magnificent landscapes and beautifully choreographed martial arts scenes, this tale of romance and betrayal is a visual masterpiece — the perfectly refreshing period film for a summer night. Seol Hee (Kim Go Eun) becomes a master swordswoman, and discovers that she is destined to avenge her parents’ death by killing not only one of the most powerful men in Goryeo (Lee Byung Hun) but also her own former teacher (Jeon Do Yeon). 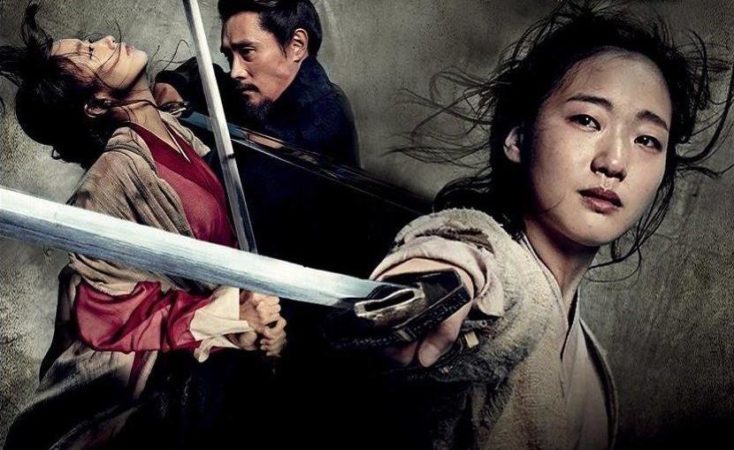 Catch “Memories of the Sword” below:

“The Man From Nowhere”

Not for the faint of heart, this 2010 action film is grisly and chilling, but in a wonderfully dark and stylish way. Won Bin plays a retired black ops agent who lives a quiet life running a pawn shop, forging an unlikely friendship with So Mi (Kim Sae Ron), the little girl living next door. When So Mi’s drug-addicted mother crosses a gang and the young girl is kidnapped, the former agent springs into action to save her, drawing on all his special forces and combat expertise. “The Man From Nowhere” will plunge you into a shadowy world of gangsters, drugs, and human trafficking, offering one sharp, visceral action sequence after another in a breathlessly well-crafted thriller. 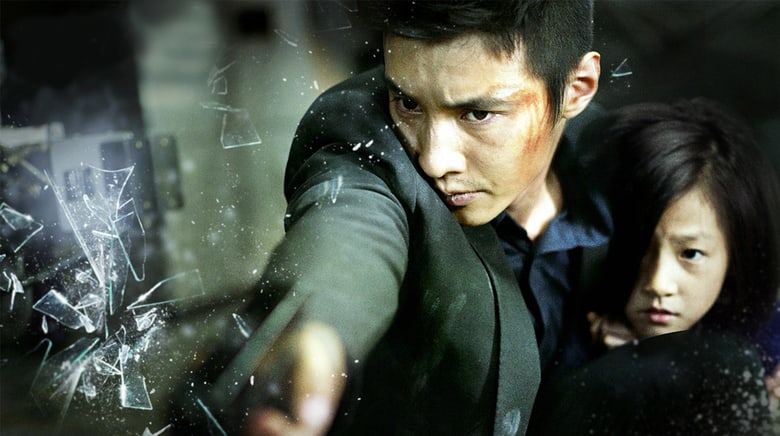 Watch the full film below:

“The Good, The Bad, The Weird”

Korea’s take on the spaghetti Western, “The Good, The Bad, The Weird” is a rollicking spectacle from start to finish. A bounty hunter, a hitman, and a wacky thief all vie for the same treasure map in the middle of the desolate desert of Manchuria. Absurdities abound as The Good (Jung Woo Sung), The Bad (Lee Byung Hun), and The Weird (Song Kang Ho) hunt each other through wild chases, extravagant explosions, and classic Western shootouts, all the while being pursued by the Japanese Imperial Army and some Manchurian bandits. Nothing is off the table in this riotous film, and you’ll love every minute of it. 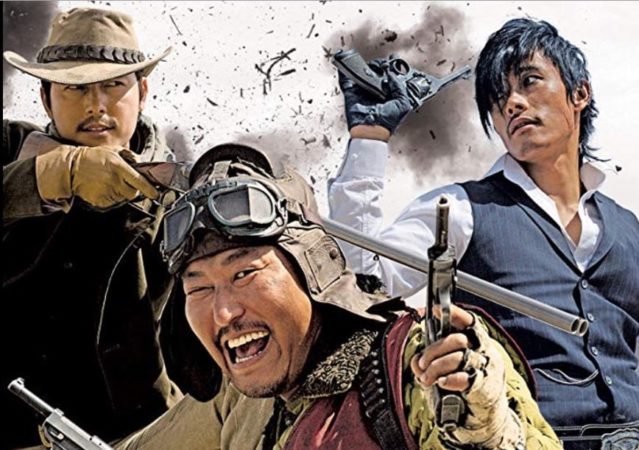 There’s something delightfully freeing about a movie in which you can’t trust a single character, and “The Swindlers” is full of double-crossing, deviously scheming conman fun. A scam artist (Hyun Bin) joins forces with a corrupt prosecutor (Yoo Ji Tae) to track down a master fraudster who, after pulling a highly lucrative scheme and fleeing the country, was thought to be dead — until now. “The Swindlers” unravels its twists and turns in a sleekly filmed, endlessly entertaining way that is the perfect end to your summer day. 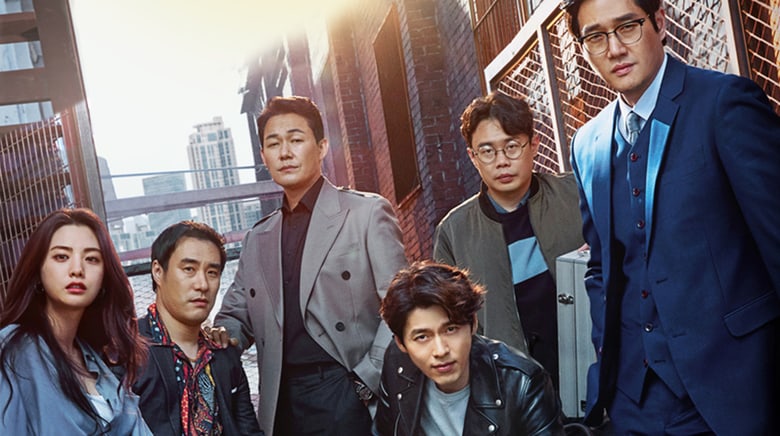 Hey Soompiers, have you seen any of these blockbusters? Which do you recommend for winter nights? Let us know in the comments!

Age of Blood
Along with the Gods
Assassination
Commitment
KissAsian Spotlight
KUNDO: Age of the Rampant
Memories of the Sword
northern limit line
The Admiral: Roaring Currents
The Good The Bad And the Weird
The Man from Nowhere
The Pirates
The Thieves
Share it on
Facebook
Twitter
Pinterest
Tumblr