Epik High’s DJ Tukutz is going by a new moniker for the month of July!

On July 4, fellow Epik High member Tablo appeared as a special DJ on the SBS Power FM radio show “Cultwo Show.” During the show, a listener asked him, “Who is Epik High’s Sukutz?”, mispronouncing DJ Tukutz’s name. (“Sukutz” in Korean sounds similar to the word for “male.”)

DJ Tukutz then sent in a message to the radio show saying, “If ‘Epik High concert’ becomes the No. 1 topic on realtime search rankings, then I’ll change my stage name to DJ Sukutz for the rest of July.”

When “Epik High concert” did become the No. 1 trending topic, DJ Tukutz called his agency, YG Entertainment, and various portal sites to officially change his profile name to “Sukutz.” 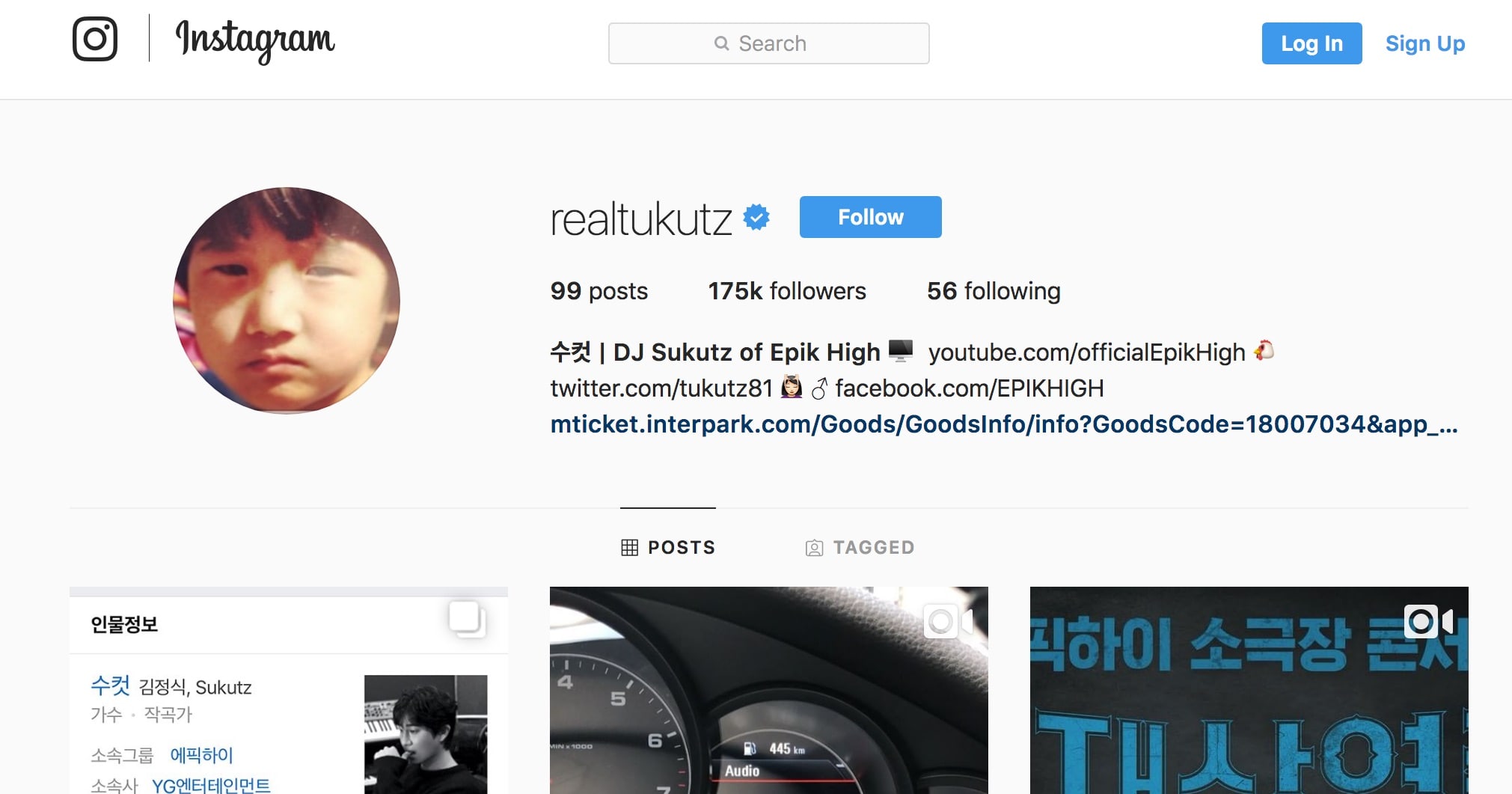 Tablo commented, “I’ve never seen Tukutz stay this long on top of realtime search rankings, but only as Sukutz. There’s no particular reason that he chose Tukutz as his stage name. He asked us to pick and we told him to go with Tukutz. But now that I think about it, I think we chose well.”

At the end of the radio show, Tablo added, “Tukutz has worked hard on music for 15 years, but never became a trending topic until now. It’s a historic day. Epik High has been reborn after 15 years.”