On April 17’s episode of “Section TV,” Eric Nam and Crush sit down for an interview while filming a photo shoot together.

The two singers recently appeared on MBC’s “I Live Alone,” and Eric Nam is currently also starring on the MBC virtual romance show “We Got Married,” with MAMAMOO’s Solar as his virtual wife. Eric Nam and Solar just had their first meeting on April 16’s episode of “We Got Married.”

When the interviewer describes Eric Nam as being, “a man who used to ‘live alone’ and is now married,” Crush is totally shocked. “You got married?!” he says to Eric Nam. 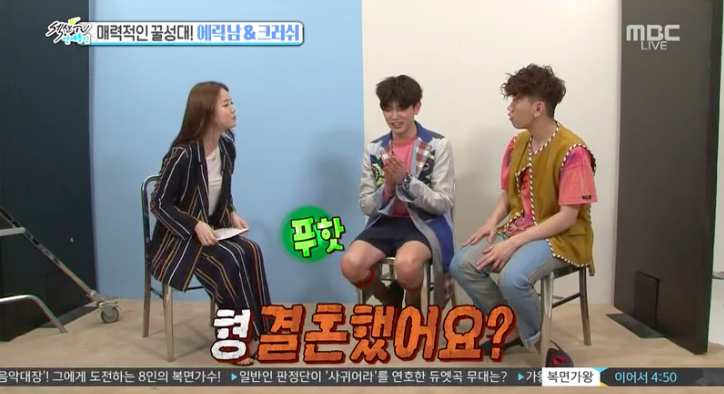 “You should have sung at our wedding,” says Eric Nam with a laugh, but then the interviewer explains that he’s just on “We Got Married.”

Crush immediately asks who he’s paired up with on the show. When Eric Nam says it’s Solar, Crush seems really impressed, and the interviewer says she’s pretty. Eric Nam smiles broadly and says to the camera, “That’s right, my wife is pretty.” 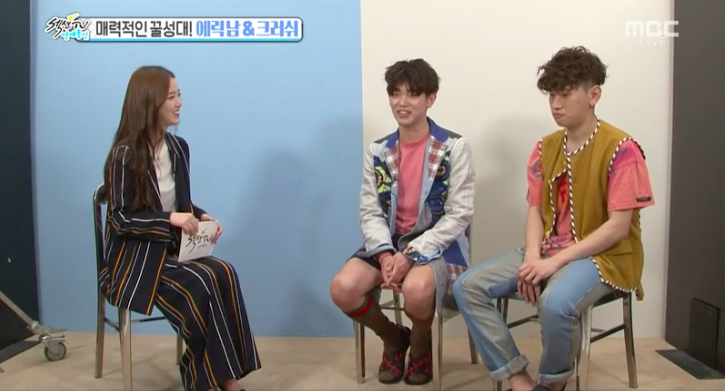 The interviewer then begins to ask who Crush would like to be paired up with if he was on “We Got Married,” but Crush jumps in to say, “I’d be good with anyone!” 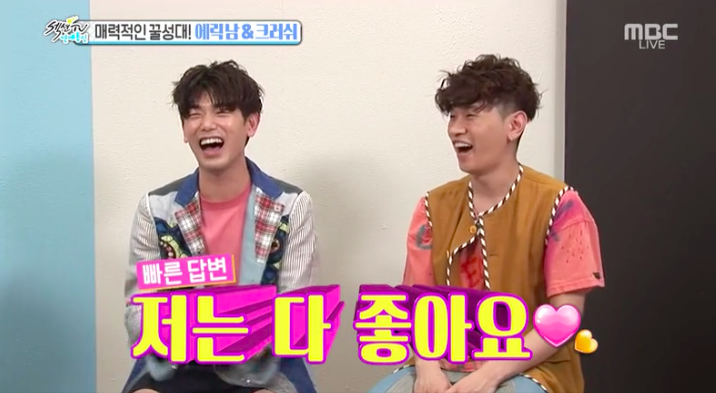