Exclusive: “Because This Is My First Life” Cast Show Off Sweet Chemistry Through Endless Praise For One Another

On September 26, Soompi attended the press conference for tvN’s “Because This Is My First Life,” where the cast and PD of the upcoming drama posed for photos and answered questions from reporters.

tvN’s “Because This Is My First Life” is a romantic-comedy, starring Jung So Min, Lee Min Ki, Park Byung Eun, Esom, Kim Min Suk, and Kim Ga Eun. When asked why they each chose to take on roles in the drama, many of the cast members answered that they were drawn to the project not only because the script was fun and easy to read but also because the narrative struck them as a story that many viewers, both young and old, would be able to relate to. 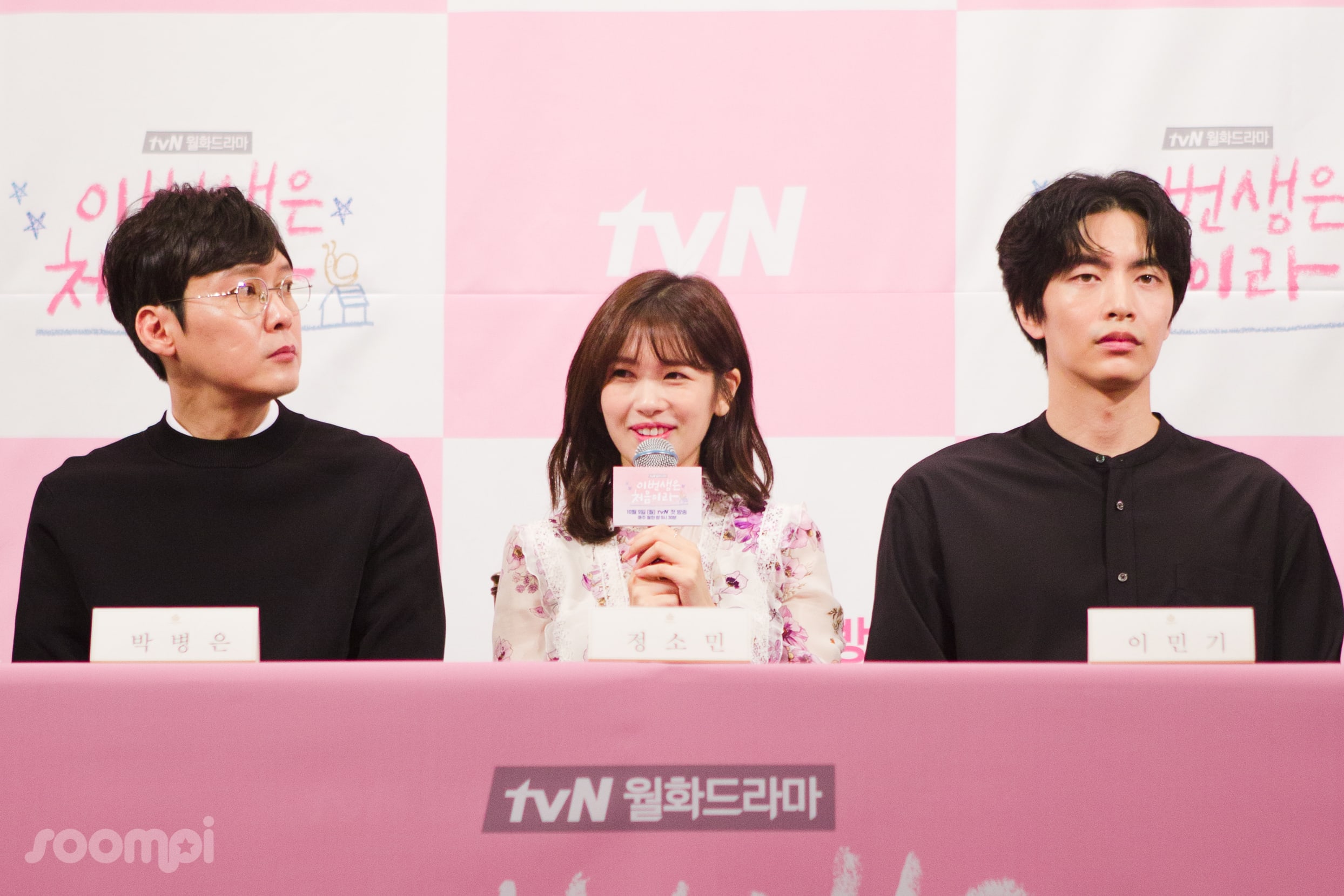 Jung So Min, who is starring in the drama as Yoon Ji Ho, added with a smile, “I also chose to be in this drama because the director is so good looking. PD Park Joon Hwa is good looking and has a nice voice, which makes filming very pleasant,” conveying her admiration for the director. 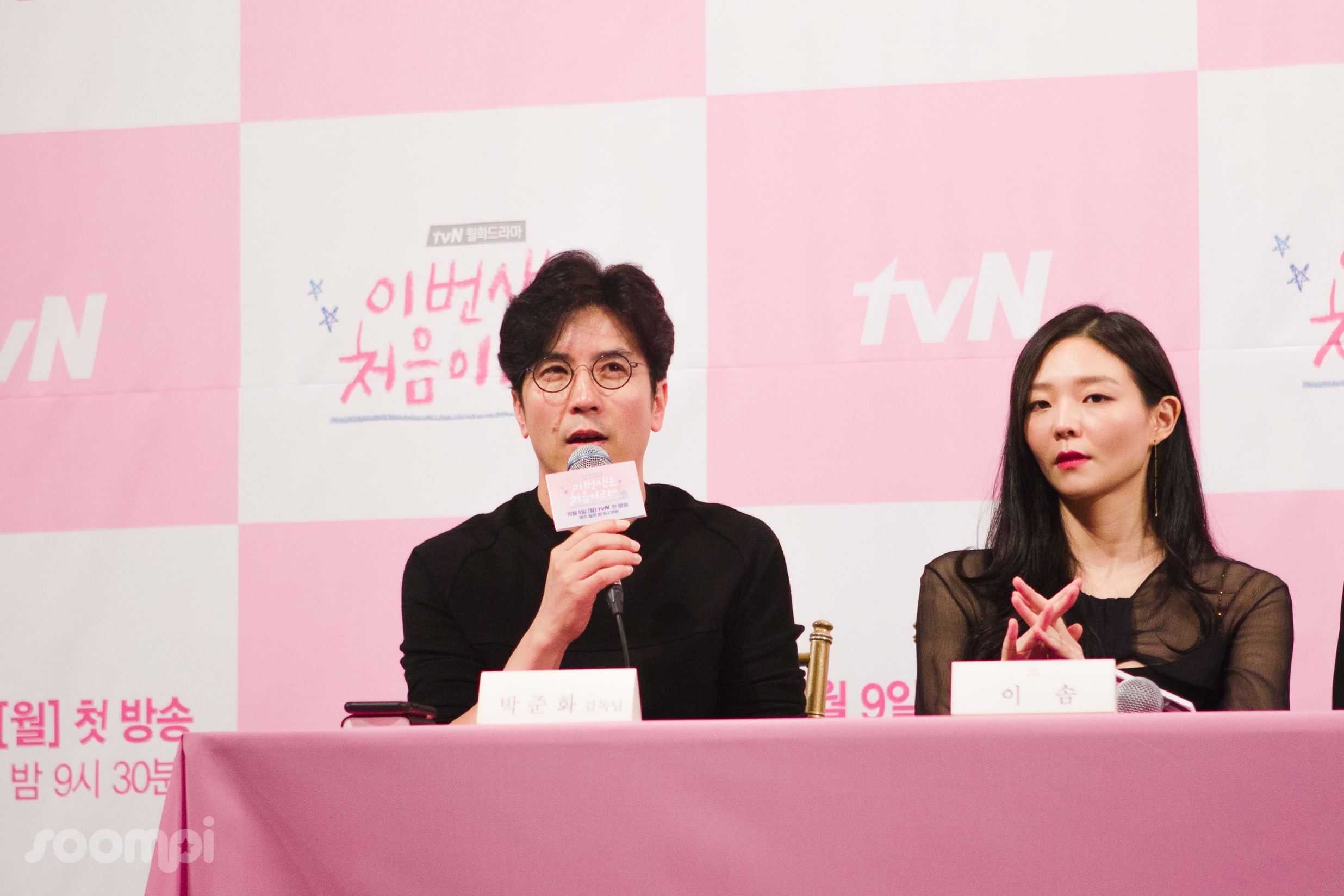 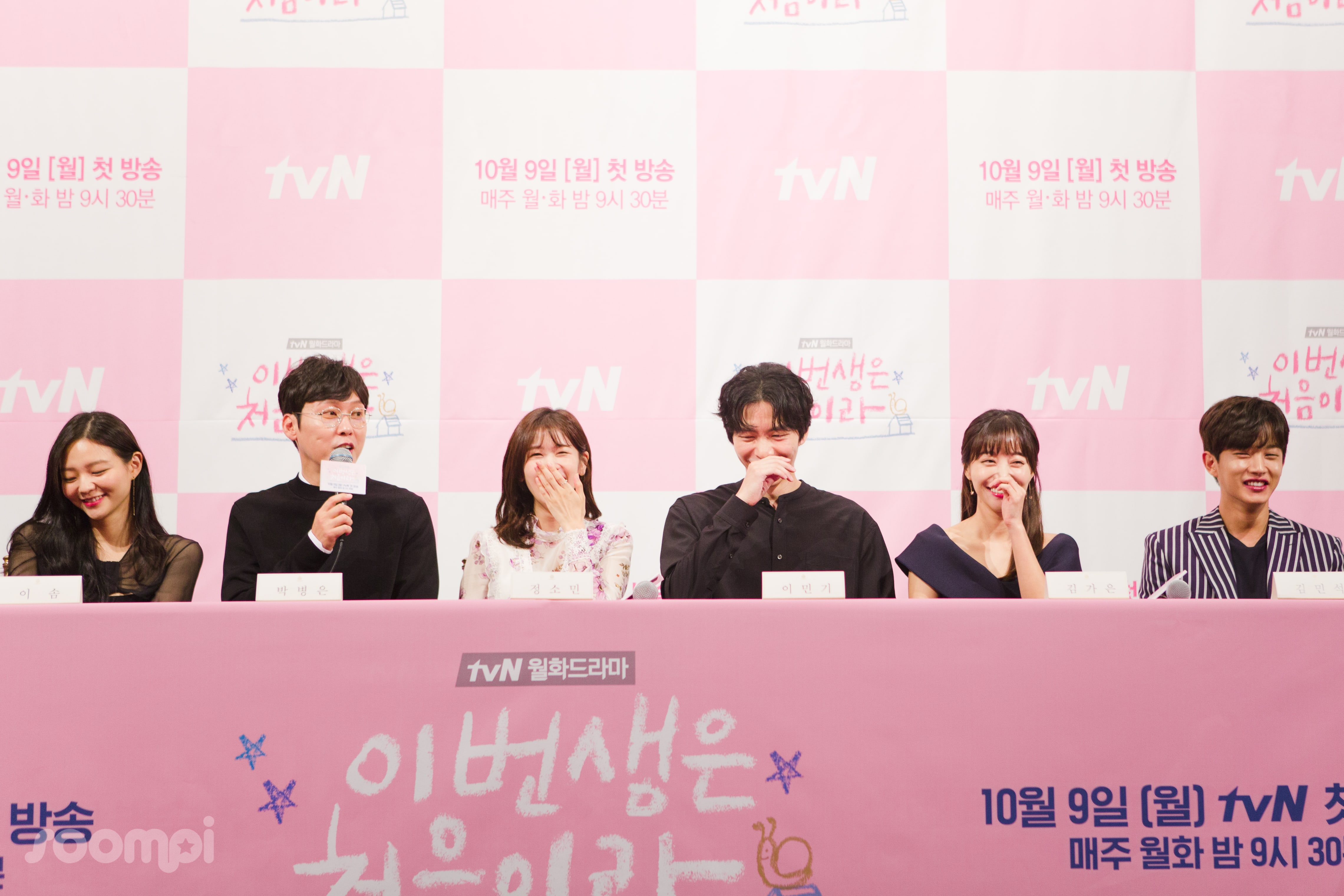 Her co-star, actor Park Byung Eun, who is starring in the drama as Ma Sang Gu, said in response, “I had been preparing nice things to say about our director since this morning but don’t know what to do now that Jung So Min has already said something. I really like our director,” causing his fellow cast members to laugh at his abrupt confession.

The cast members also revealed their thoughts about their fellow co-stars and actress Esom, who is starring as Woo Su Ji, revealed that she actually looked actor Park Byung Eun up as soon as she heard that they would be starring opposite one another in the drama.

Despite the fact that they share a 13-year age difference, Esom said that she didn’t feel the age gap at all because of how fun Park Byung Eun is. She praised her co-star and said, “He always lightens the mood on set [with his sense of humor].” 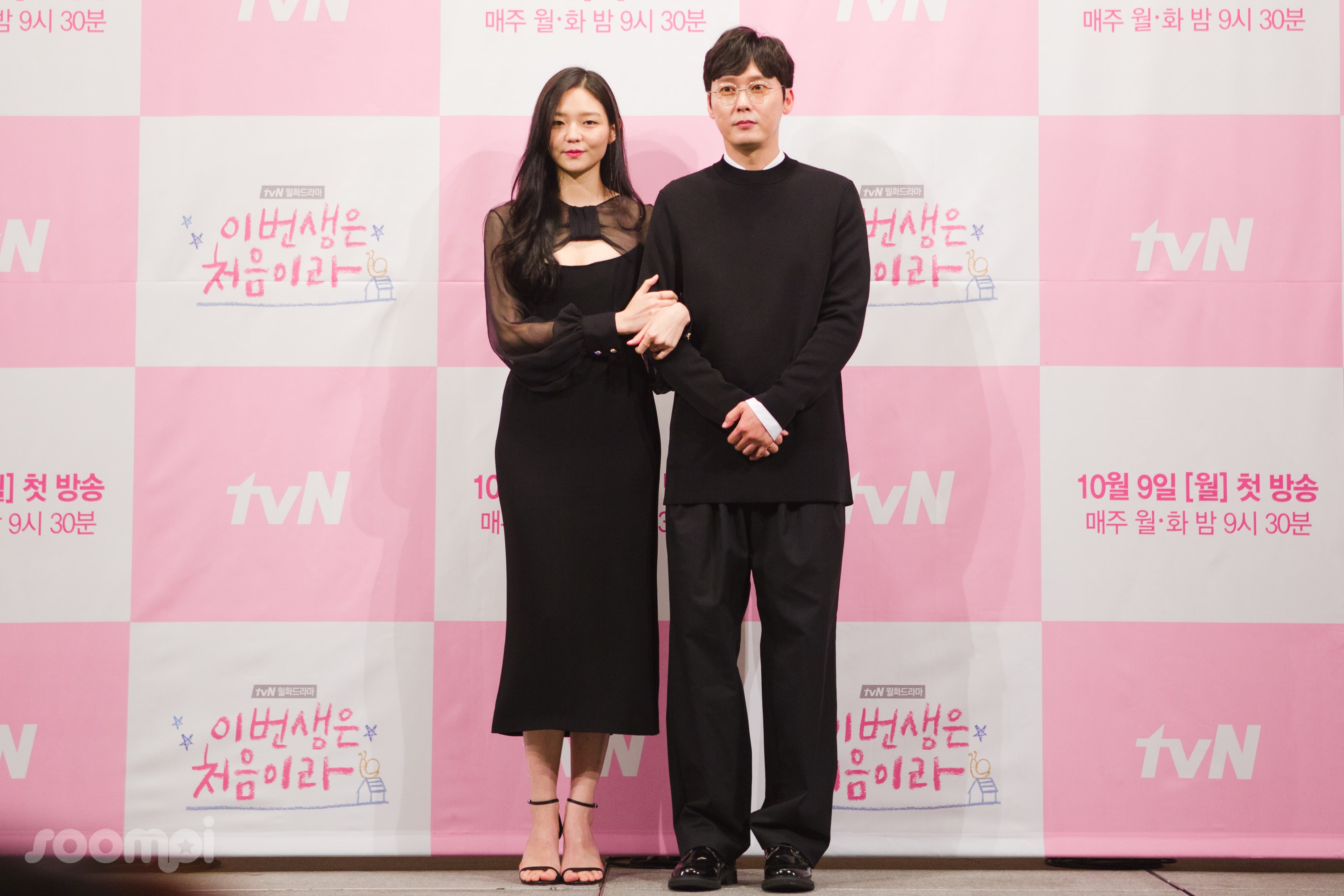 Actor Kim Min Suk, who is starring in the drama as genius programmer Sim Won Seok, also had nothing but praise for his co-star, Kim Ga Eun, who is starring opposite him as Yang Ho Rang. The actor said, “I was really happy during the first script reading because she’s so beautiful. After spending more time with her, I know now that her personality is even more beautiful.” 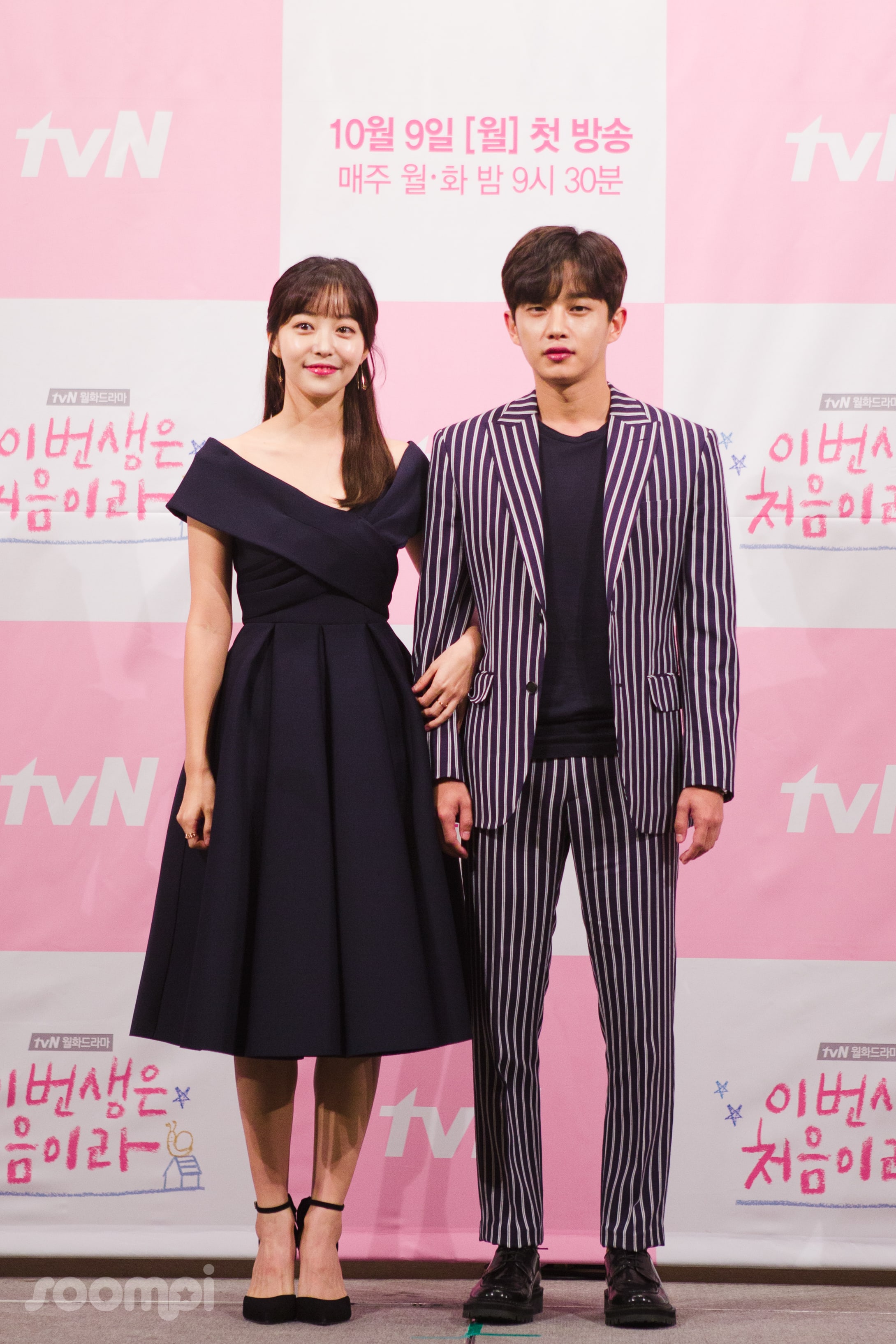 When asked to compare his “Age of Youth Season 2” experience with “Because This Is My First Life,” the actor said, “I think that the surprising, unexpected, and slightly unrealistic aspects of my character’s relationship with Choi Ara’s character is what makes that narrative charming. For ‘Because This Is My First Life,’ I’m trying to act from a more mature perspective because the romantic relationship seems much more realistic.” 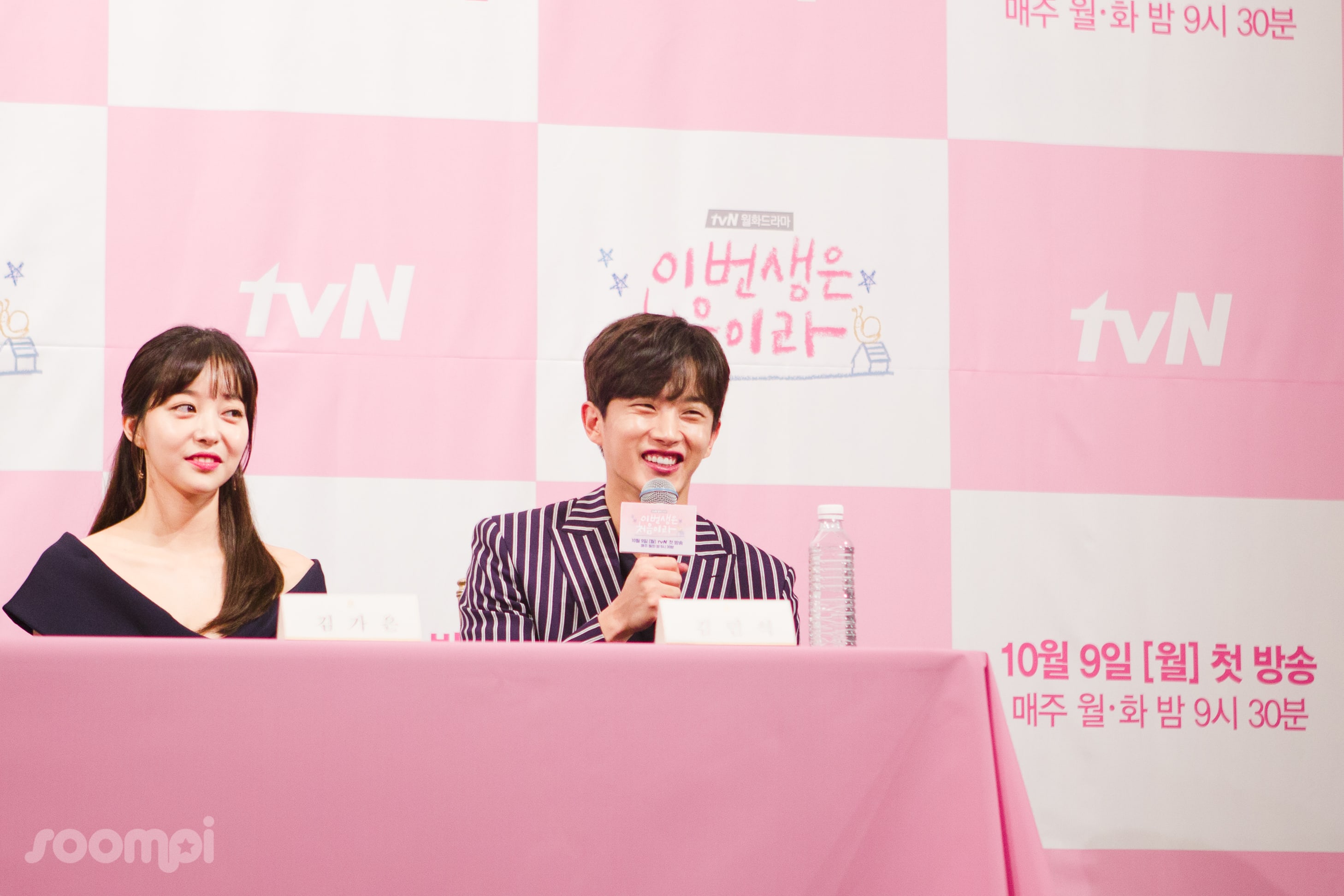 Jung So Min and Lee Min Ki talked about the filming of their first kiss scene, which was revealed in a recent preview of the drama.

Lee Min Ki shared, “Our director told us that he doesn’t usually spend this much time filming a kiss scene,” revealing the PD’s tireless efforts to make an impactful kiss scene for the first episode of the drama.

Jung So Min added with a laugh, “Every time I film a first kiss scene [with a co-star], it’s always at a point where we aren’t very close yet so it’s always very awkward. Since there’s a kiss scene in the very first episode of the drama, it was pretty awkward to film,” sharing her embarrassment about filming her kiss scene with Lee Min Ki. 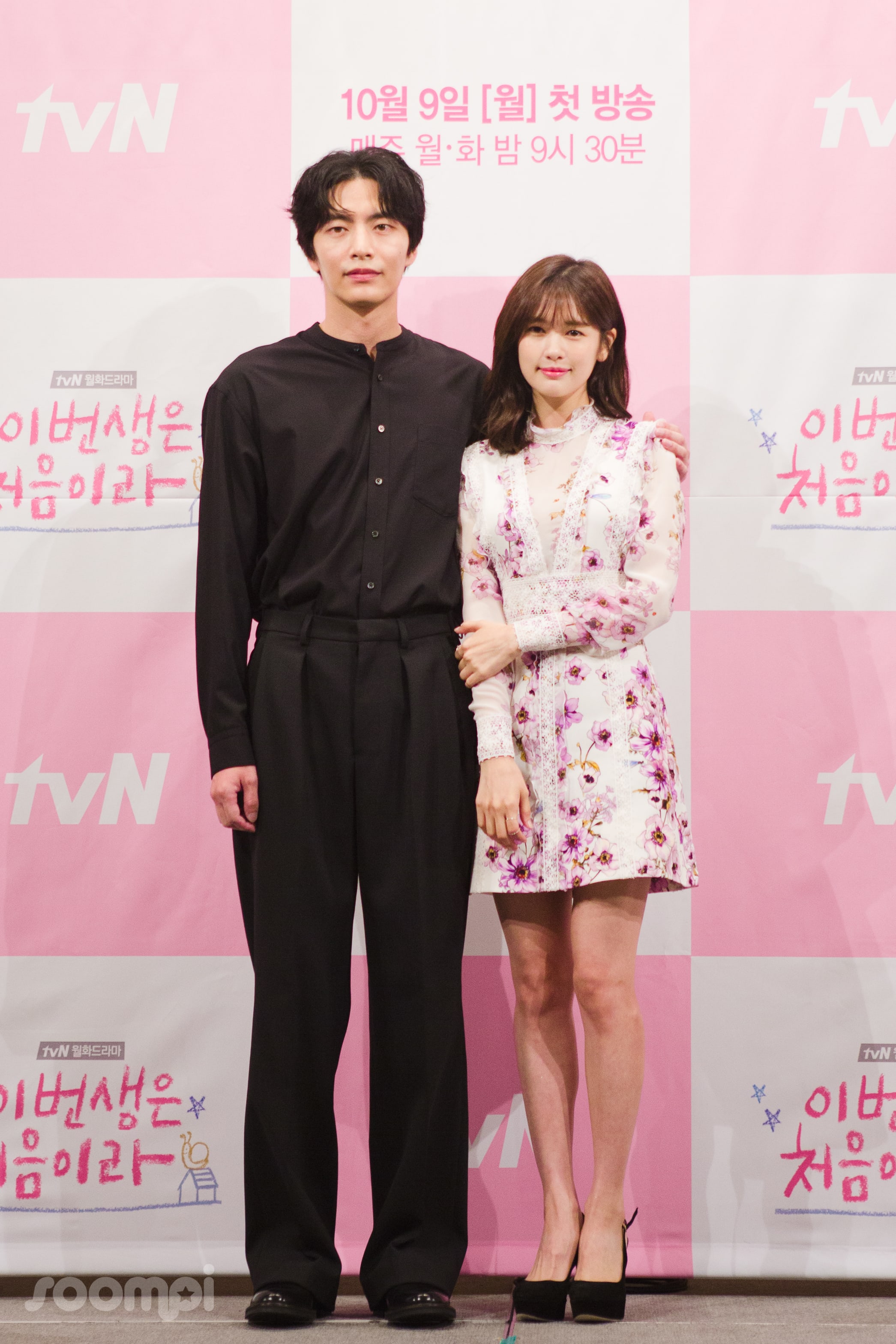 tvN’s “Because This Is My First Life” begins airing every Monday and Tuesday on October 9 at 9:30 p.m. KST. Check out the rest of our exclusive photos of the cast below! 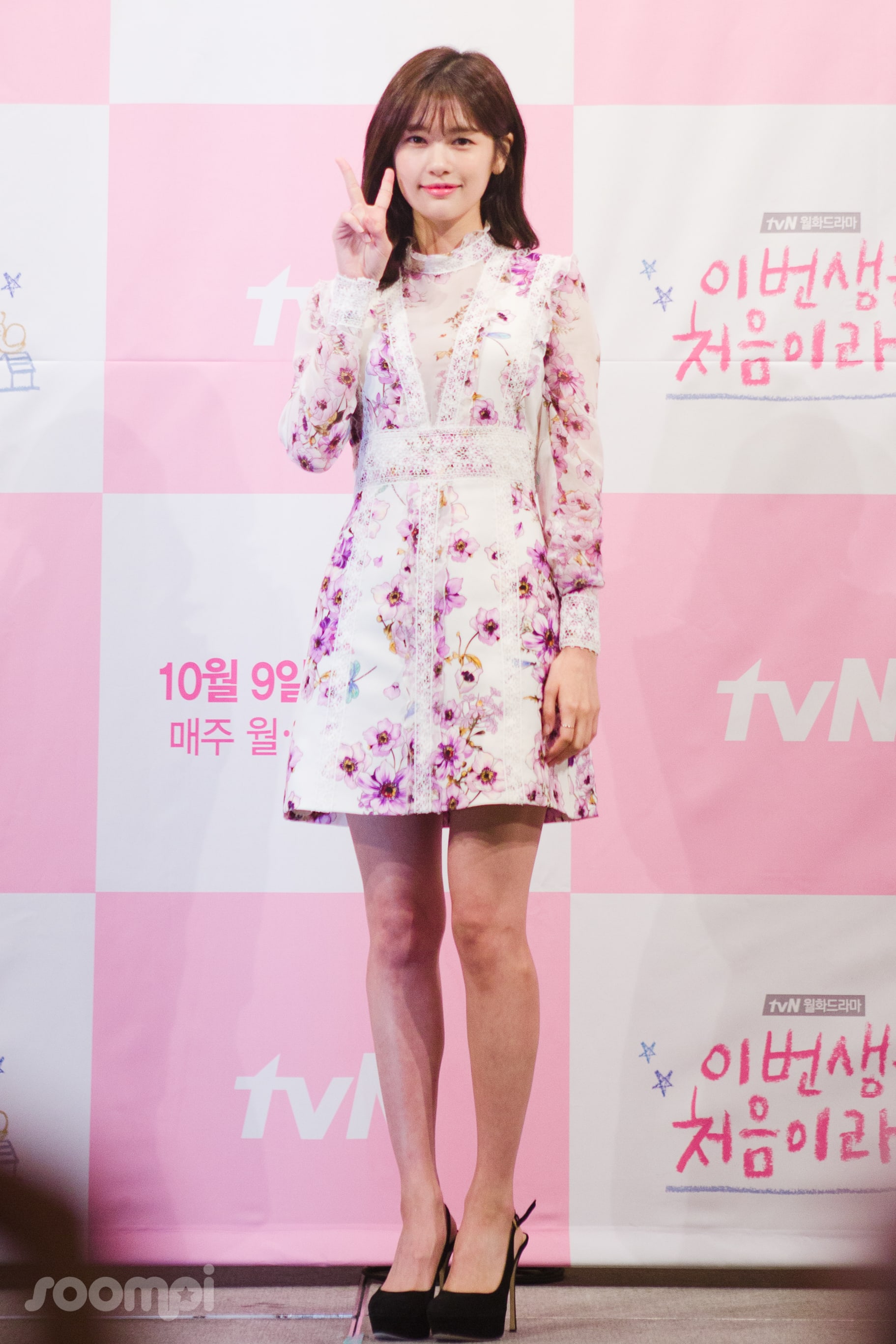 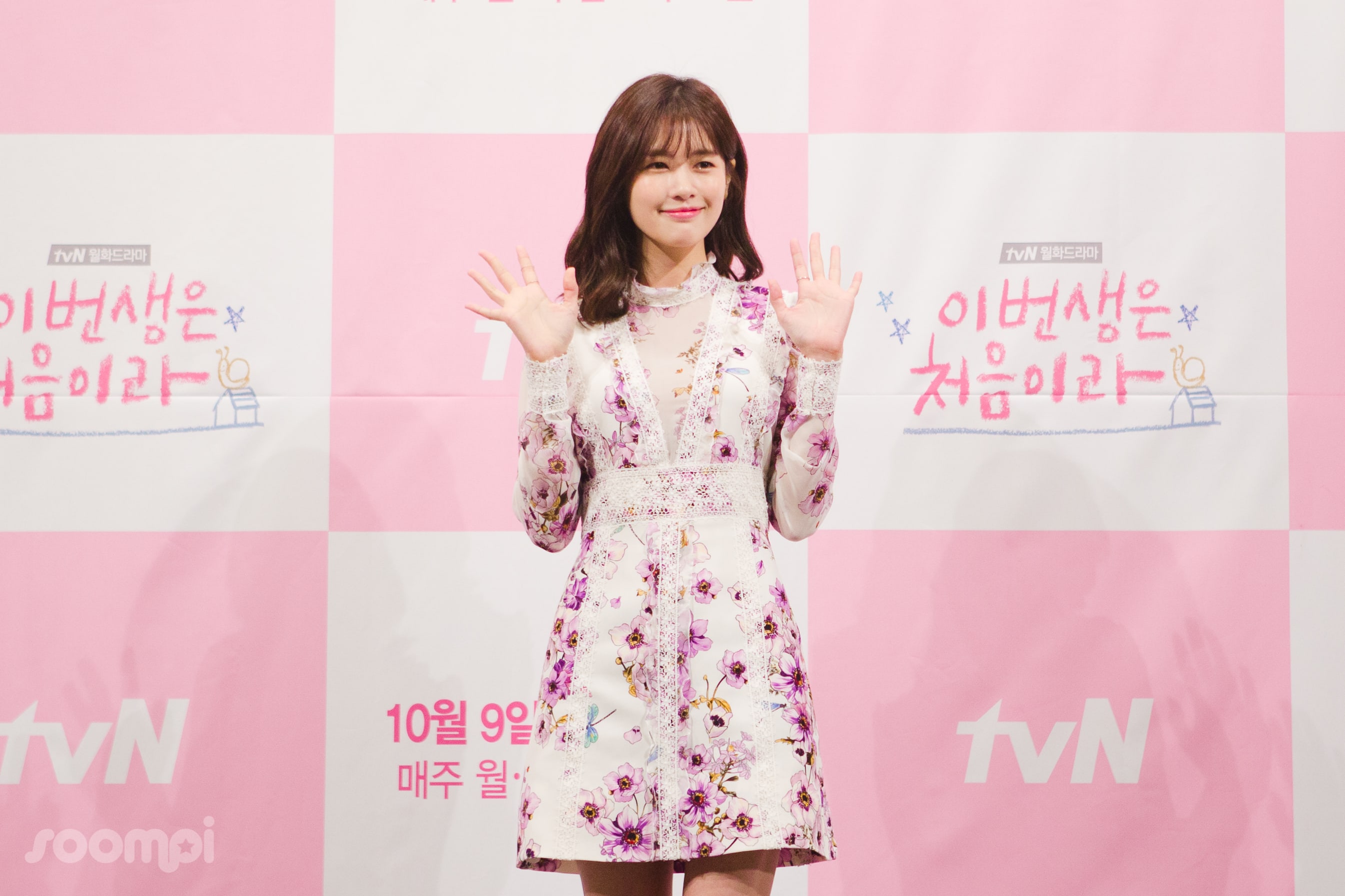 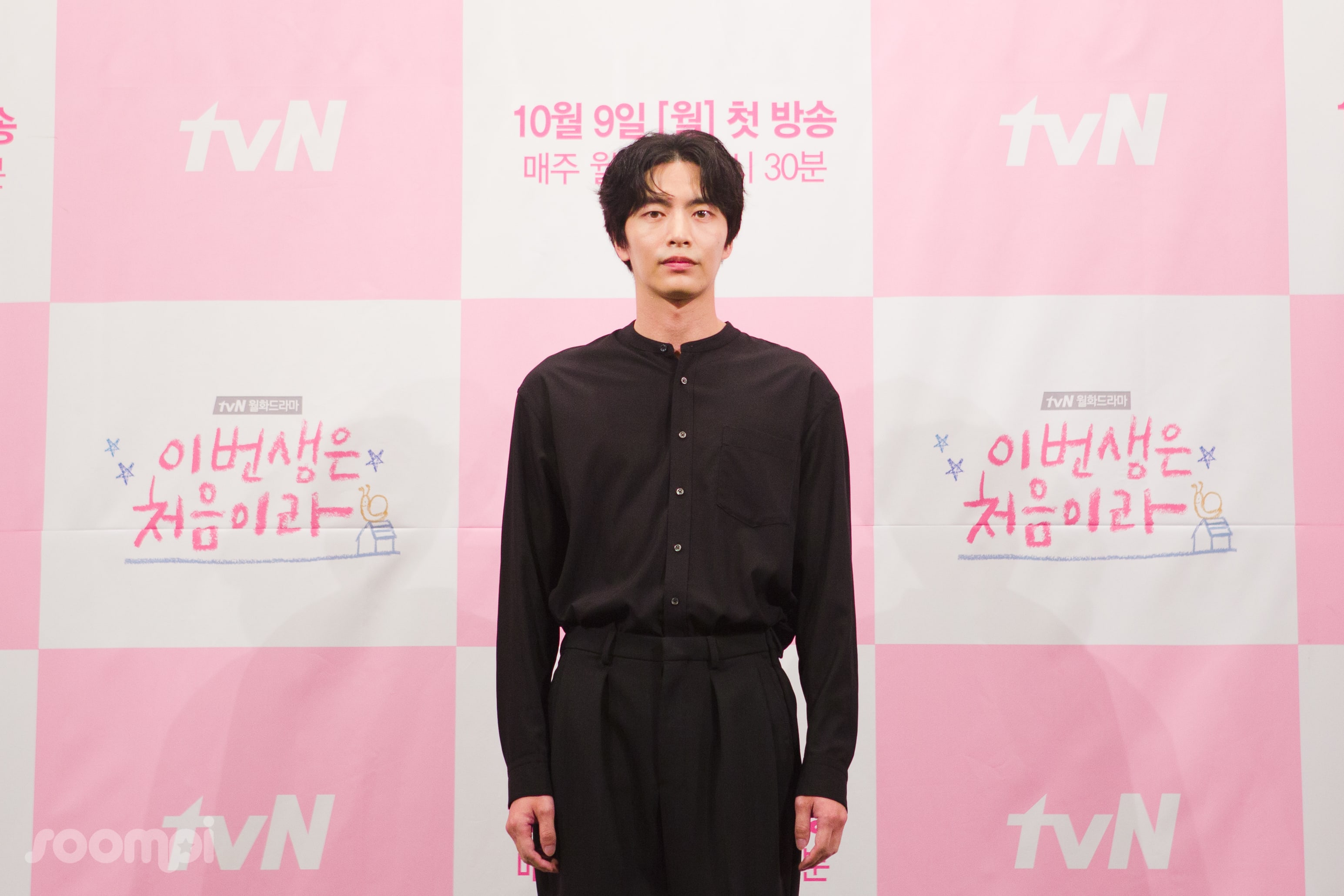 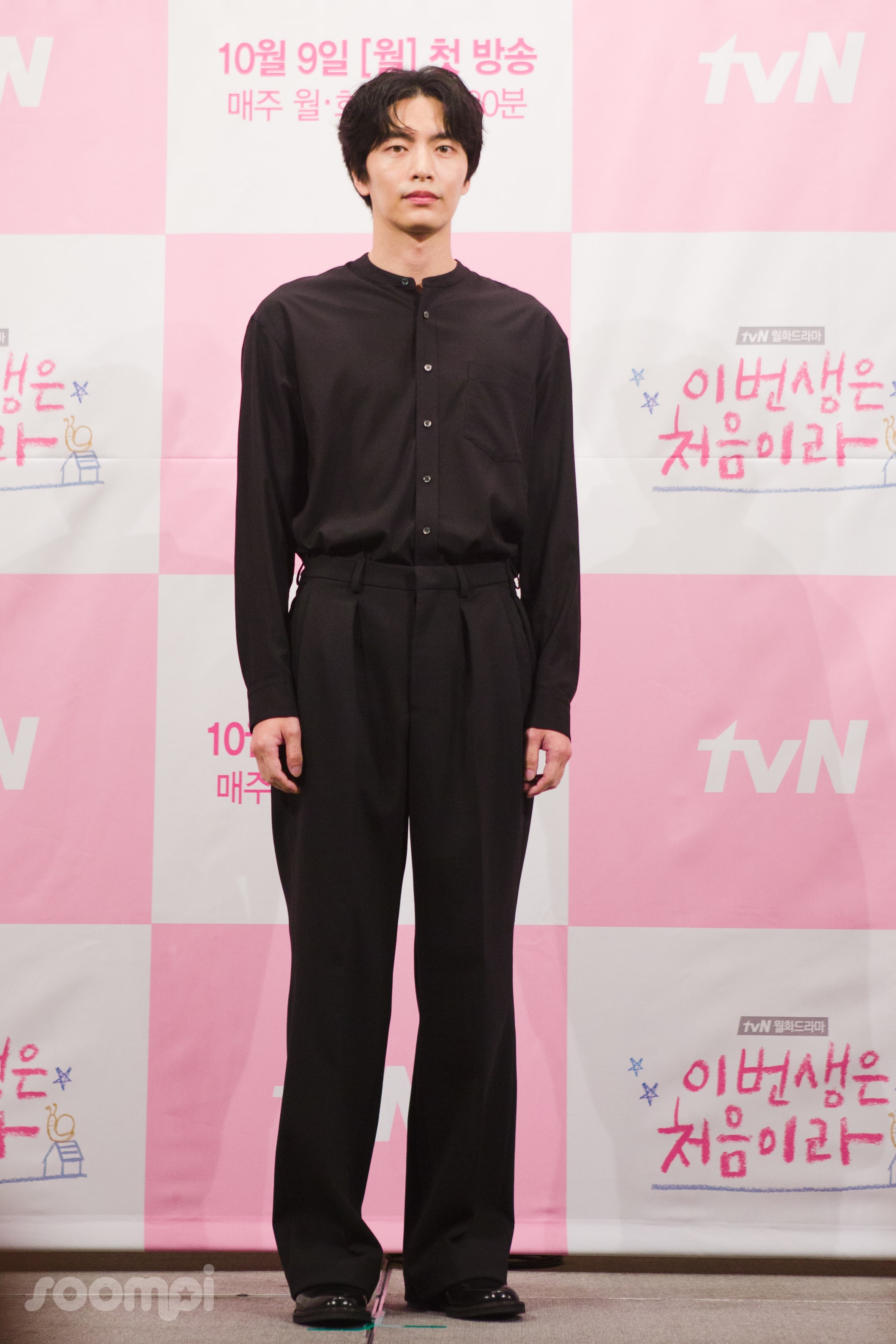 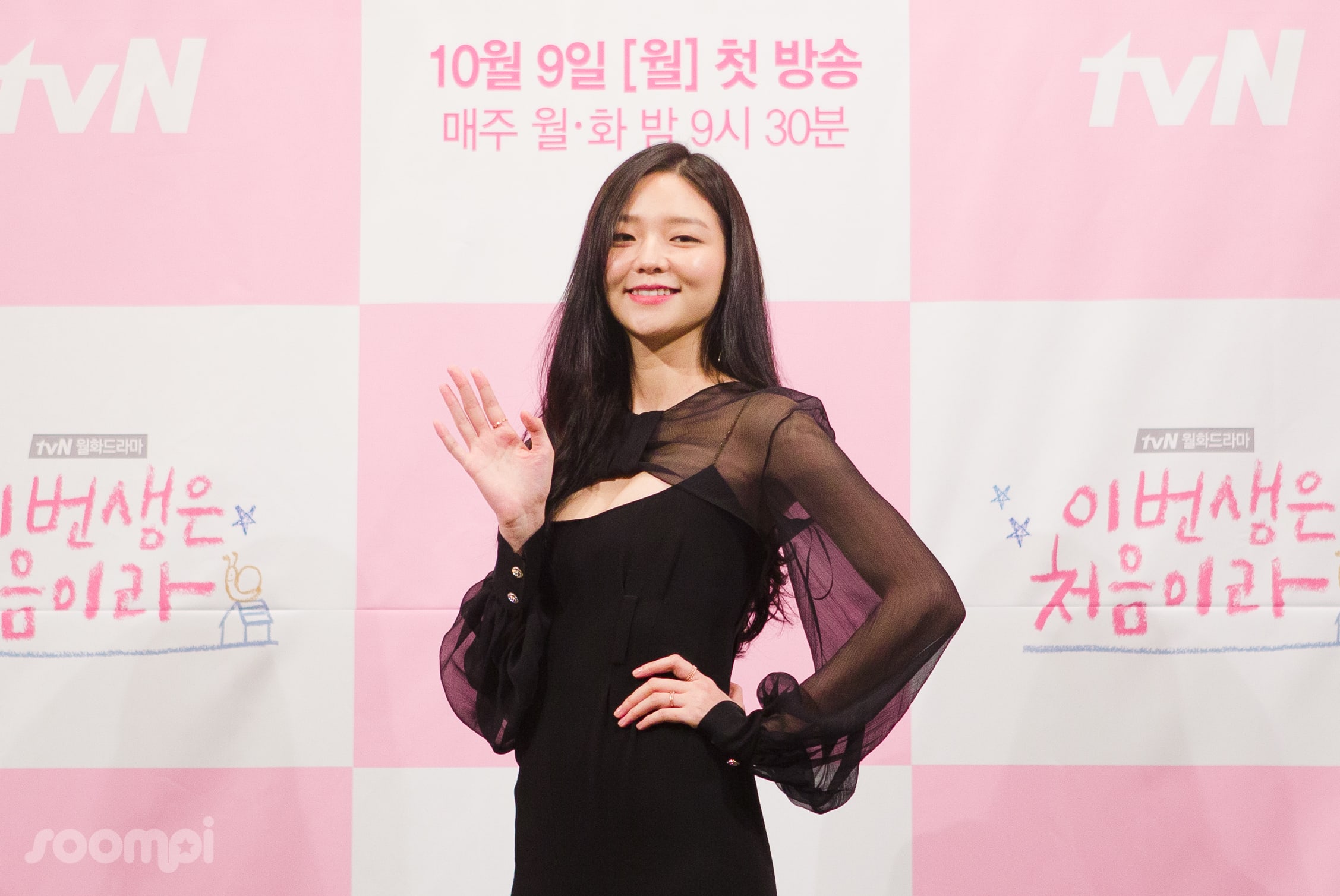 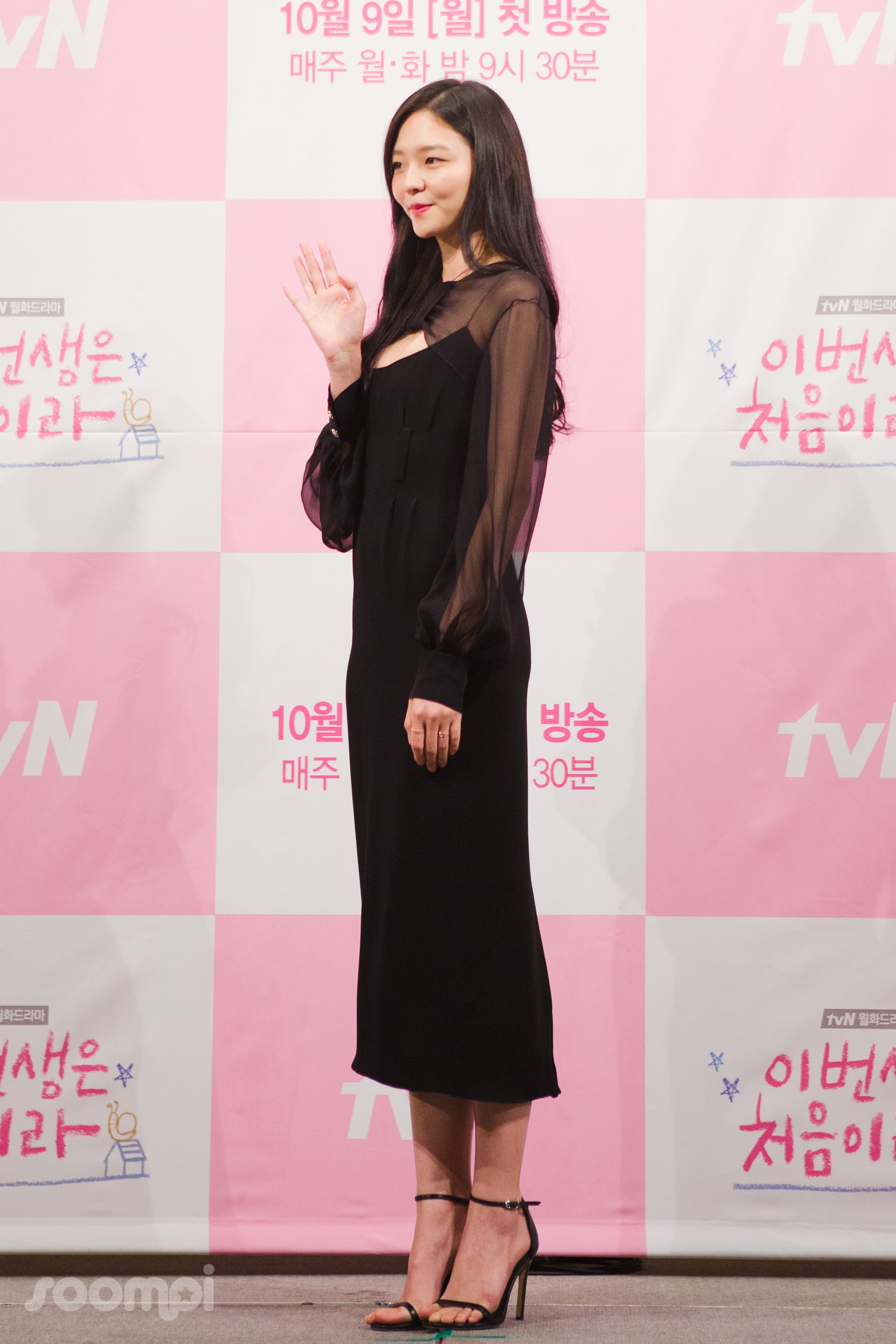 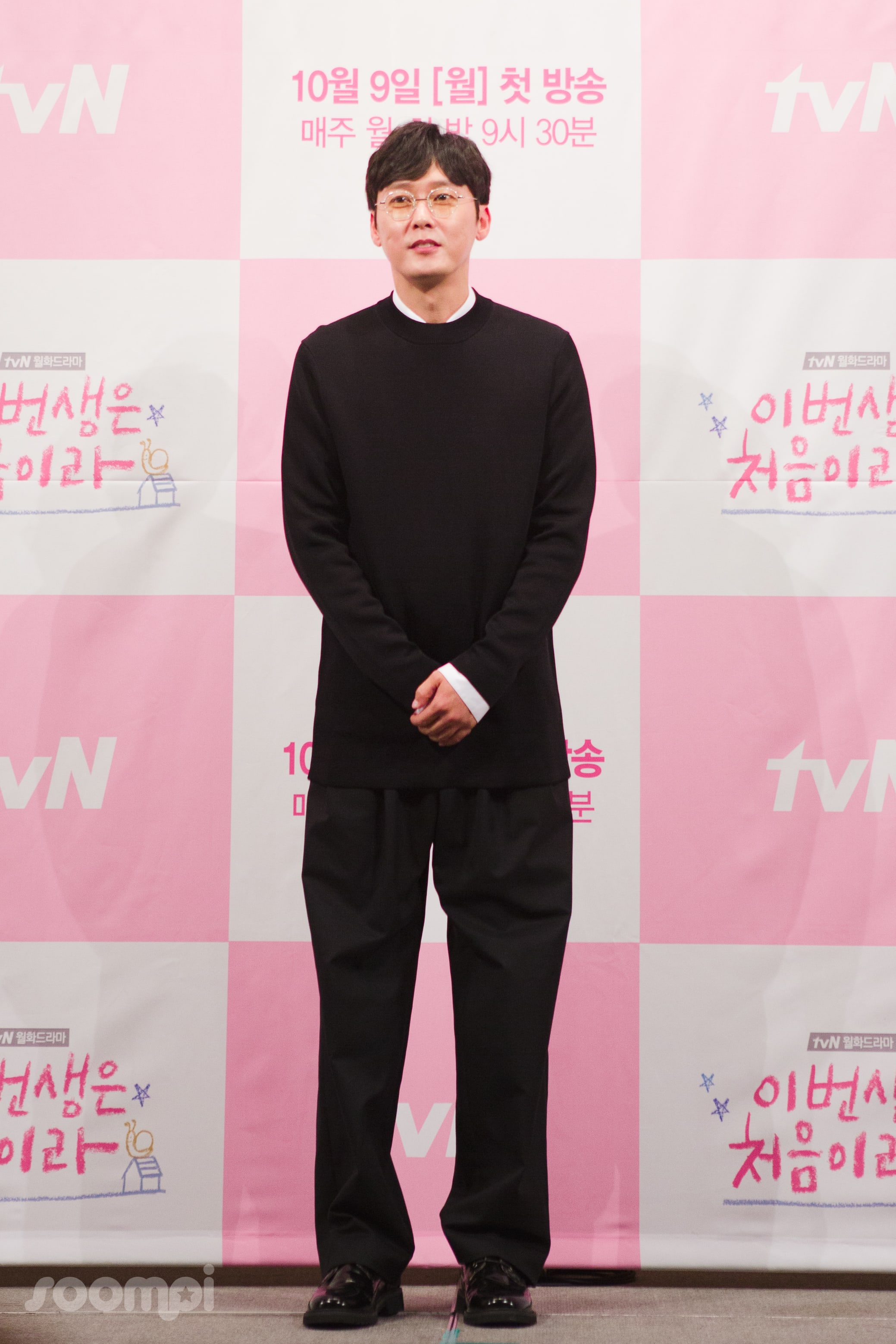 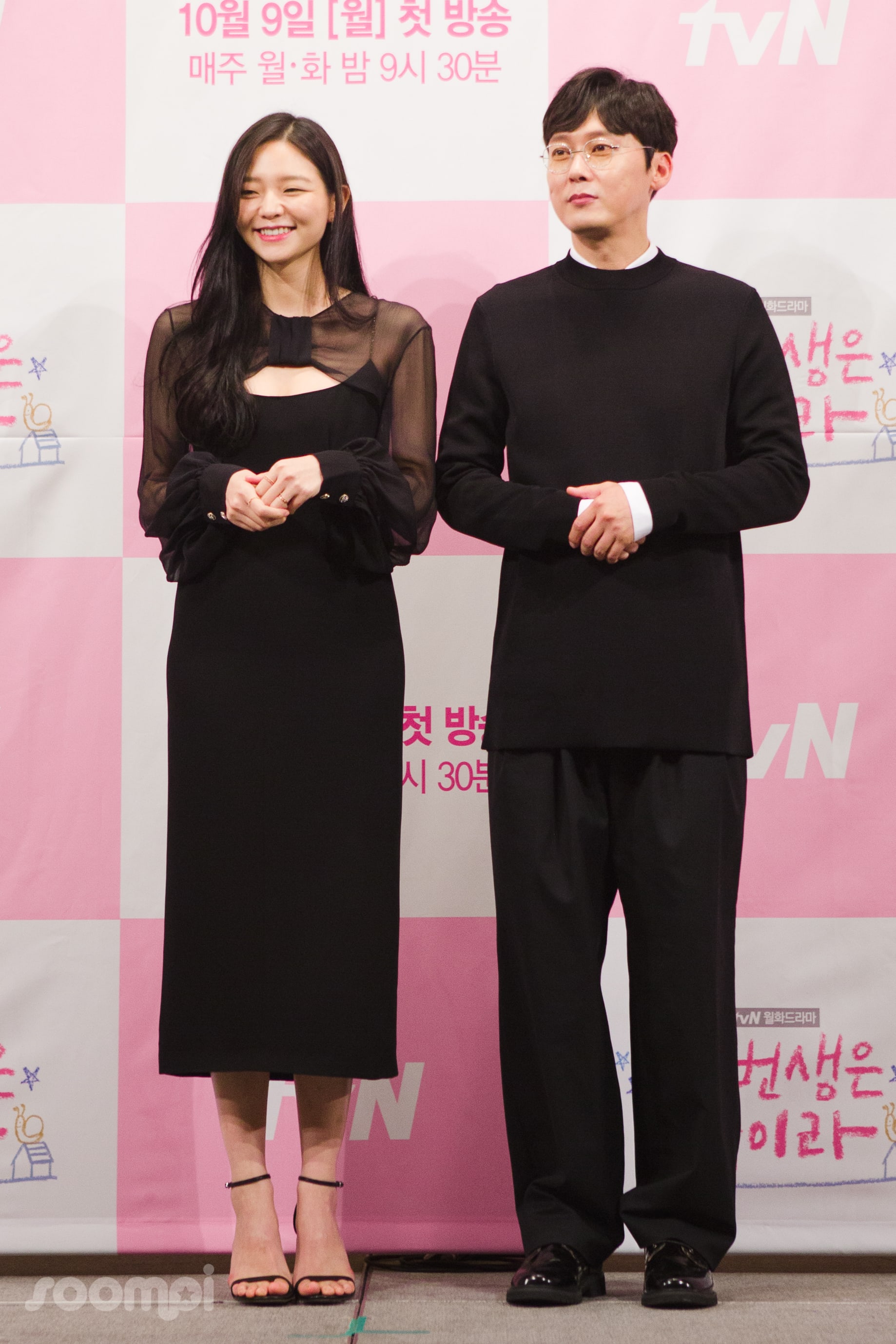 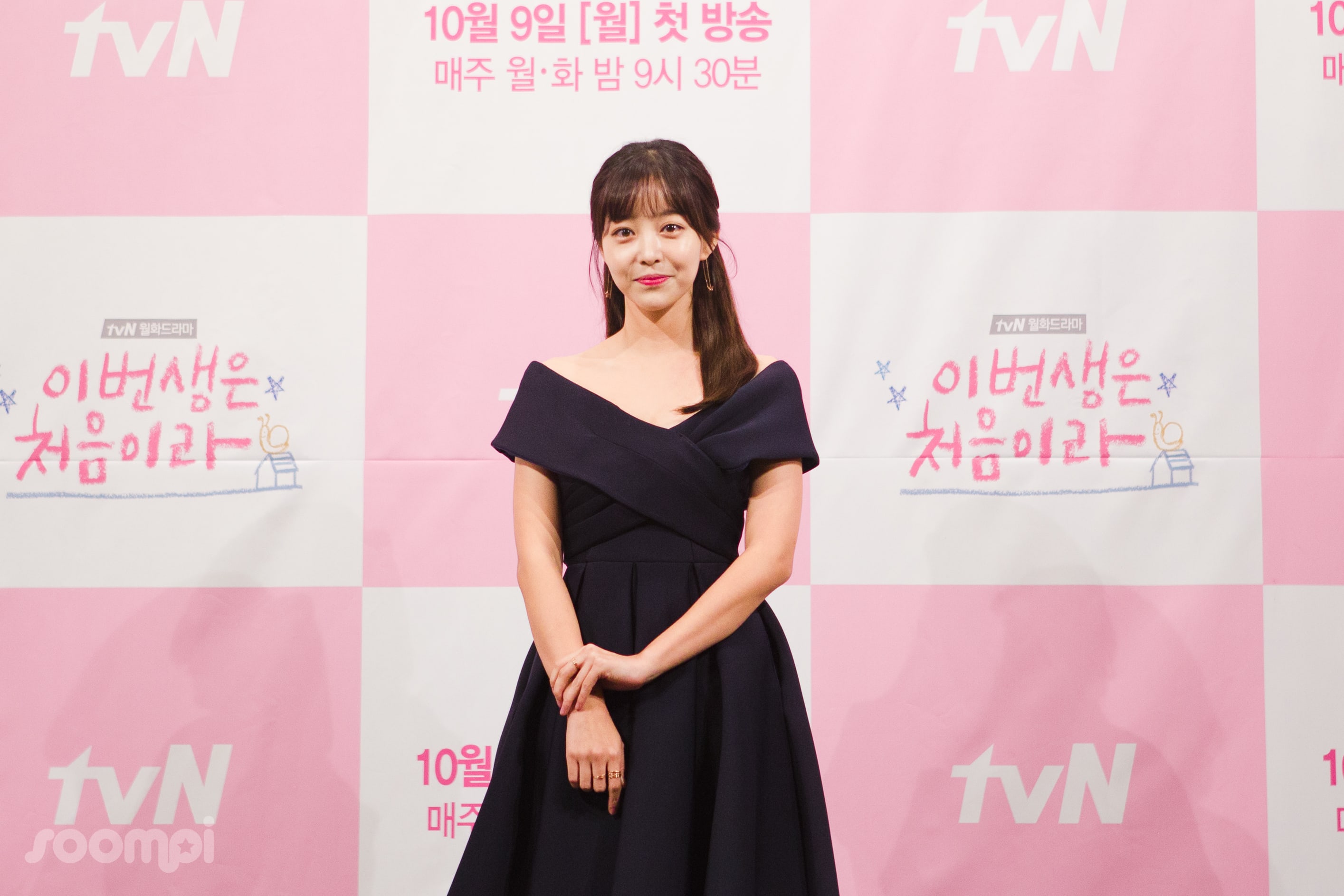 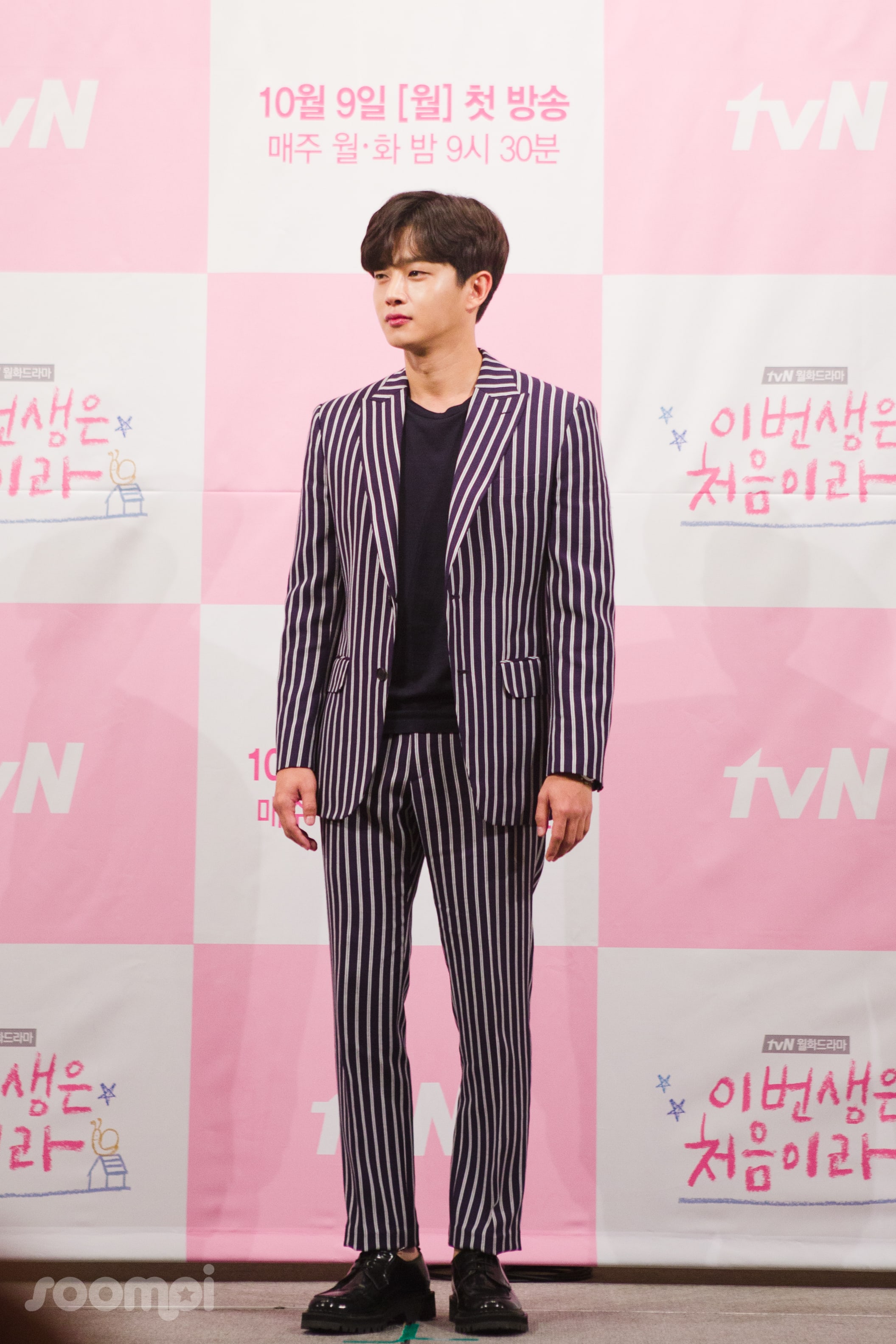 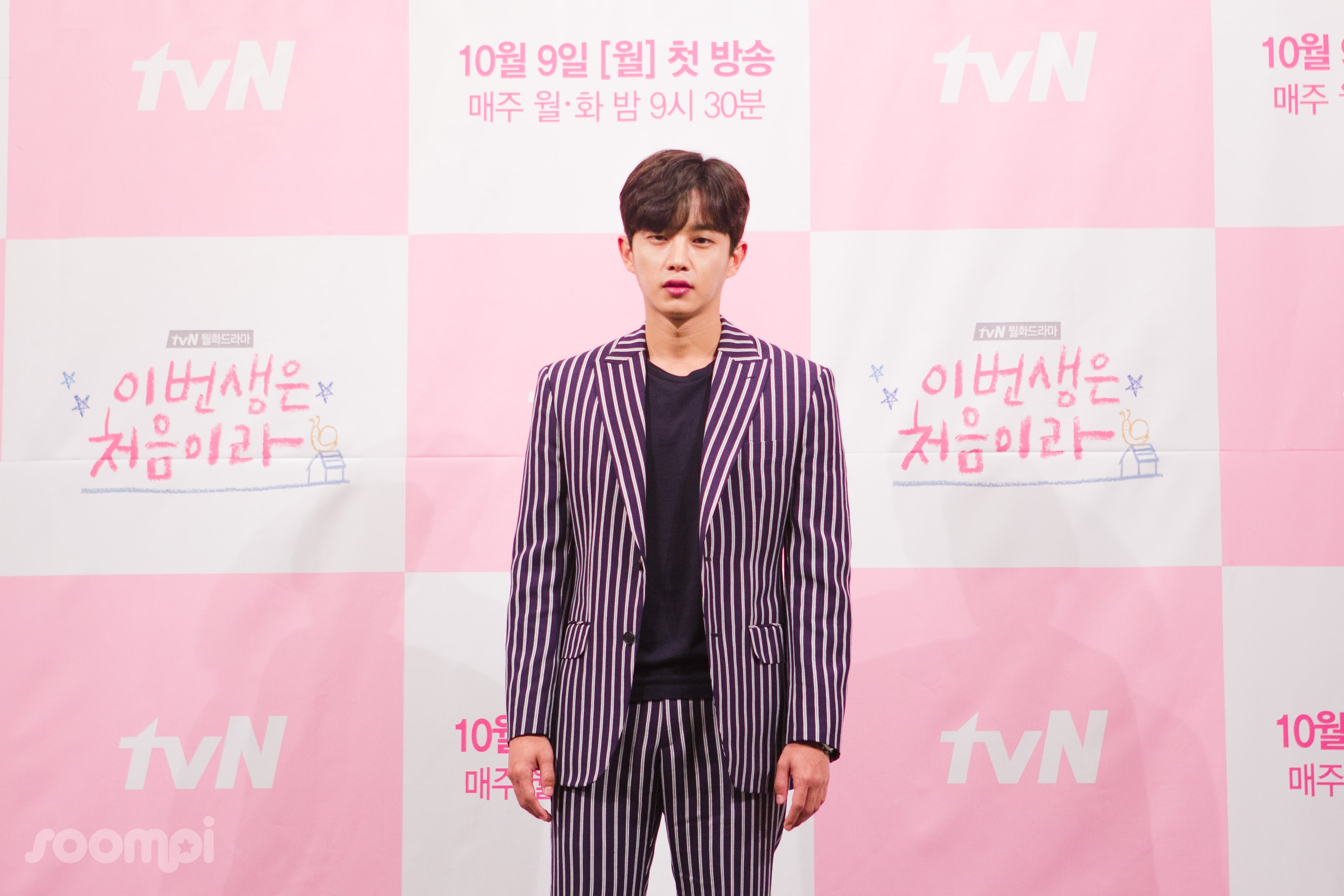 Check out Jung So Min’s character teaser below!