On October 30, Soompi had the opportunity to attend the press conference for OCN’s upcoming rom-com drama, “Melo Holic.” 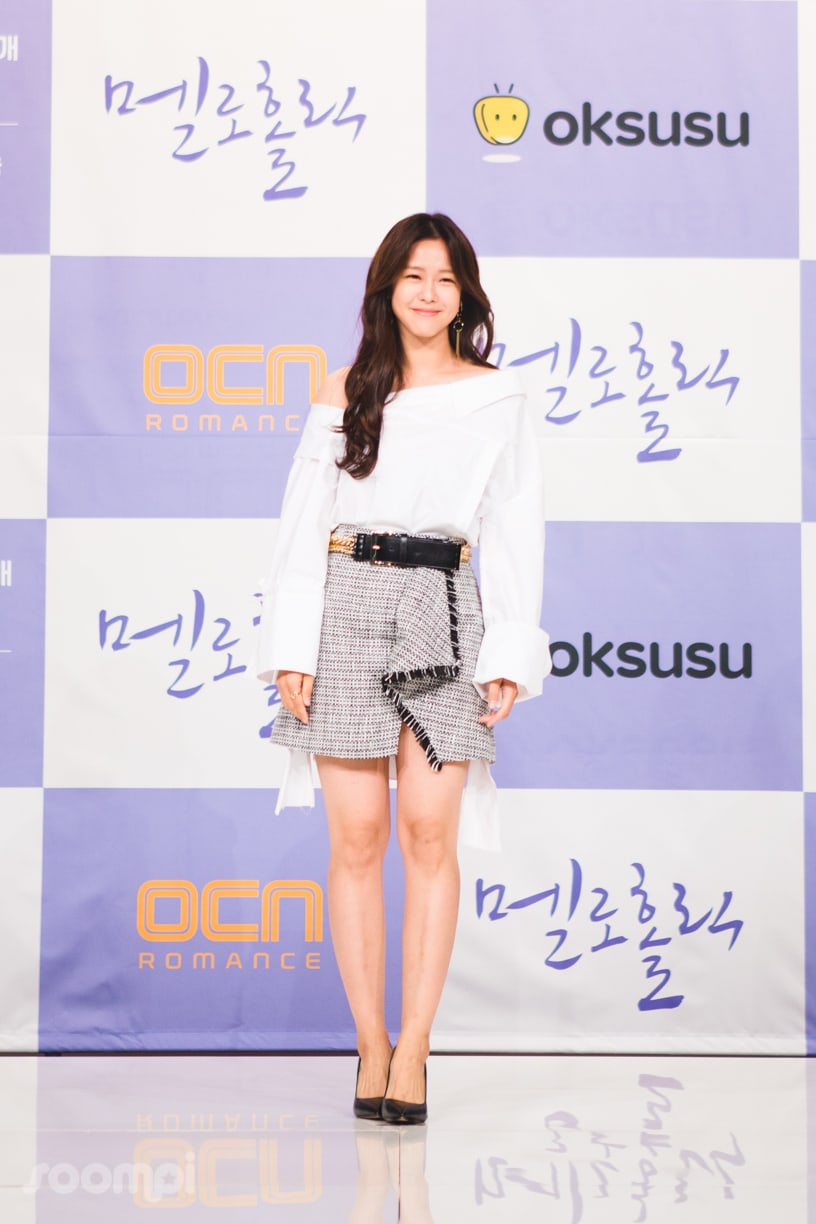 Anticipation is high for the drama, as “Melo Holic” marks Jung Yunho’s return to the small screen after being discharged from the military earlier this year.

When asked why he chose this drama for his comeback as an actor, Jung Yunho shared that he wanted to show a different, more innocent side to viewers through his character and that he saw the role as a new challenge for him to take on as an actor. 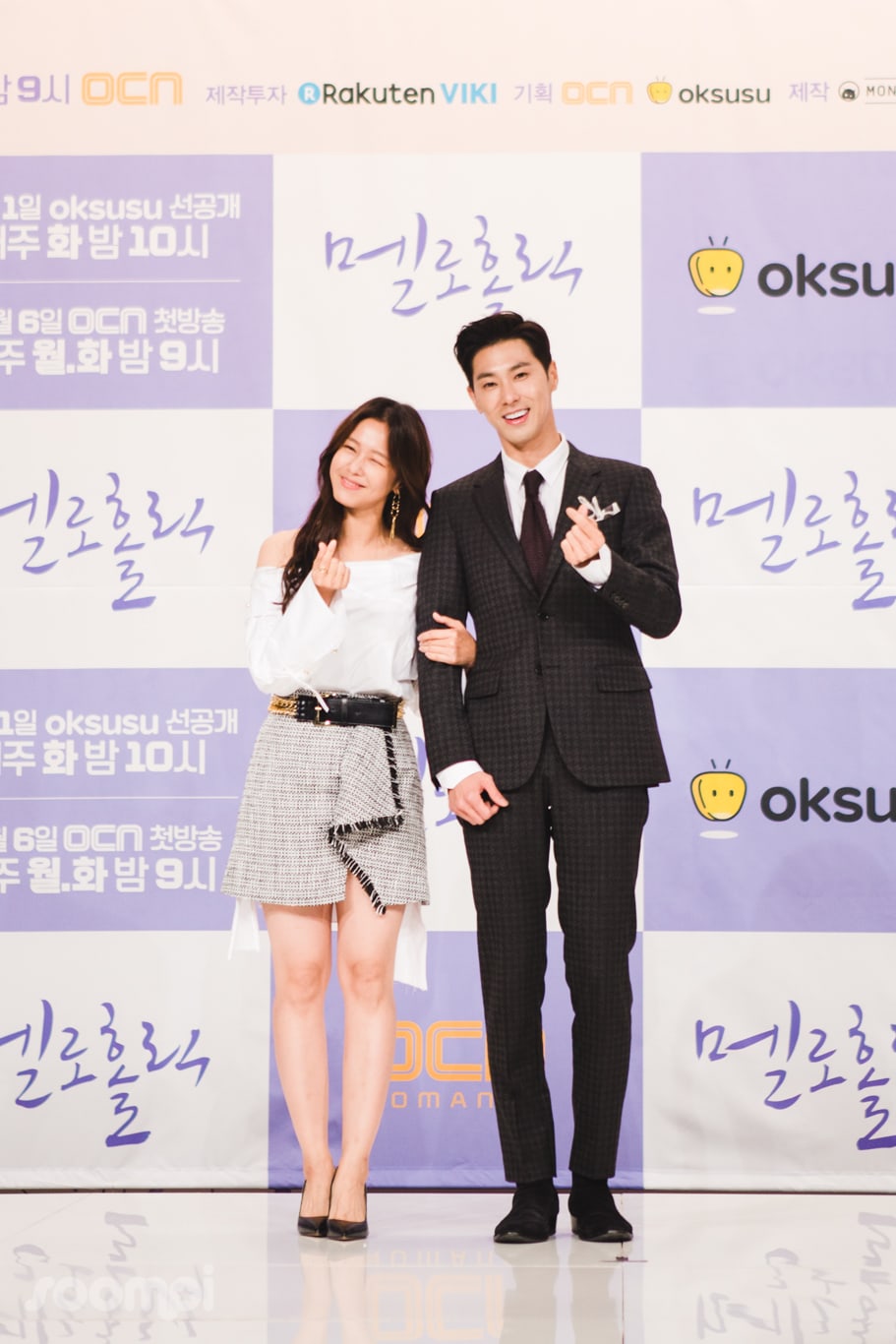 Actress Kyung Soo Jin shared her thoughts on her co-star and said, “At first, filming was a bit difficult for me, as I am a bit introverted; however, Yunho was very caring and deeply considerate of me on set. He always tried to be on the same emotional frequency as me, which made filming much more comfortable.”

Of Kyung Soo Jin, Jung Yunho said, “[Melo Holic] really showcases Kyung Soo Jin’s many charms and she holds the key to many of the surprises and reversals in our drama.” 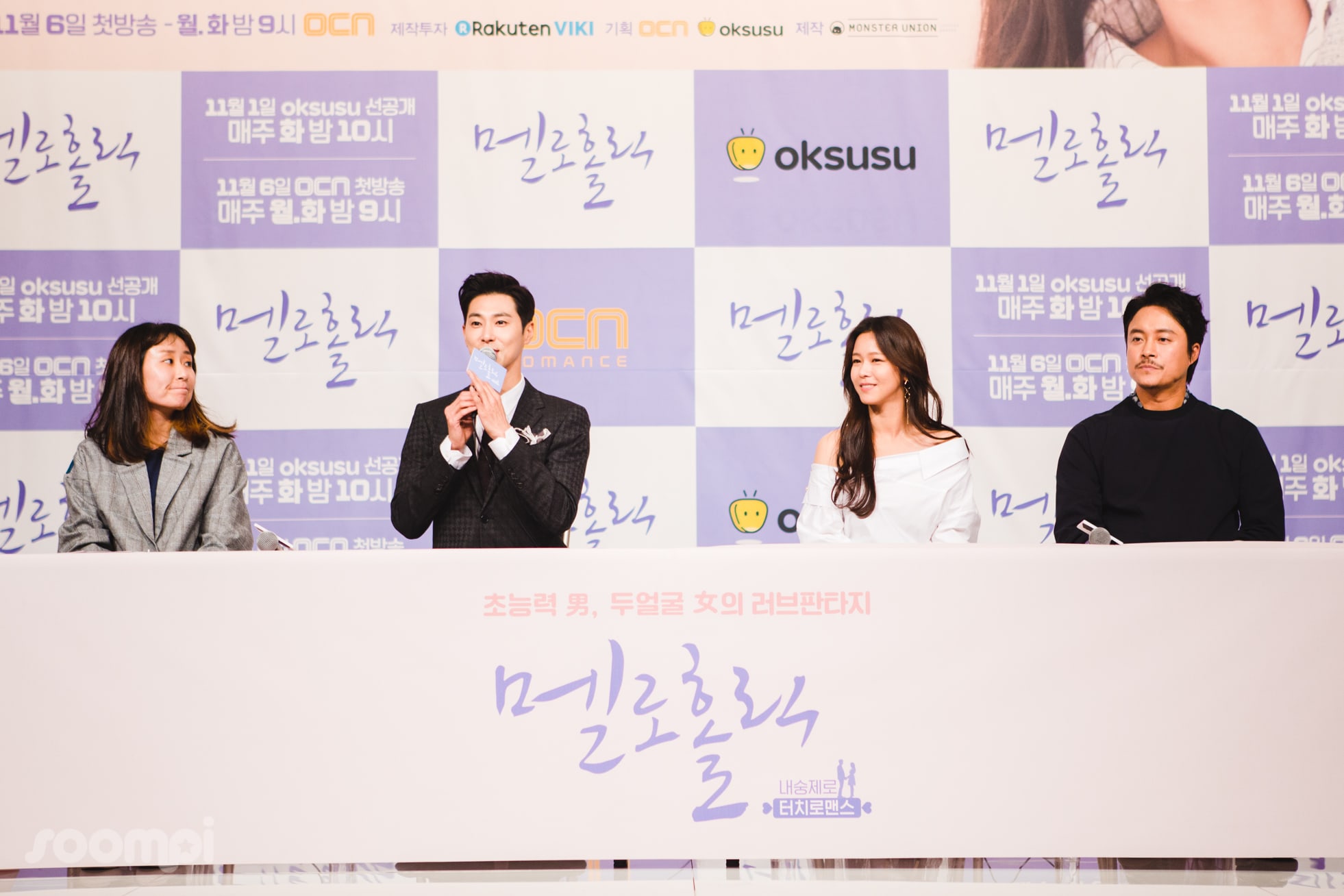 Furthermore, it seems that Jung Yunho will not only have a romantic storyline with Kyung Soo Jin but a bromantic relationship with actor Choi Dae Chul as well.

Choi Dae Chul, who will play the role of Yoo Eun Ho’s friend Lee Joo Seung, had nothing but praise for Jung Yunho and said, “I can confidently say that Jung Yunho is a very, very good person. He’s very open and never showed any signs of exhaustion on set…I actually learned a lot from him [while working together].”

The actor also expressed his desire to work with Jung Yunho on his next project, displaying his affection and admiration for the actor. 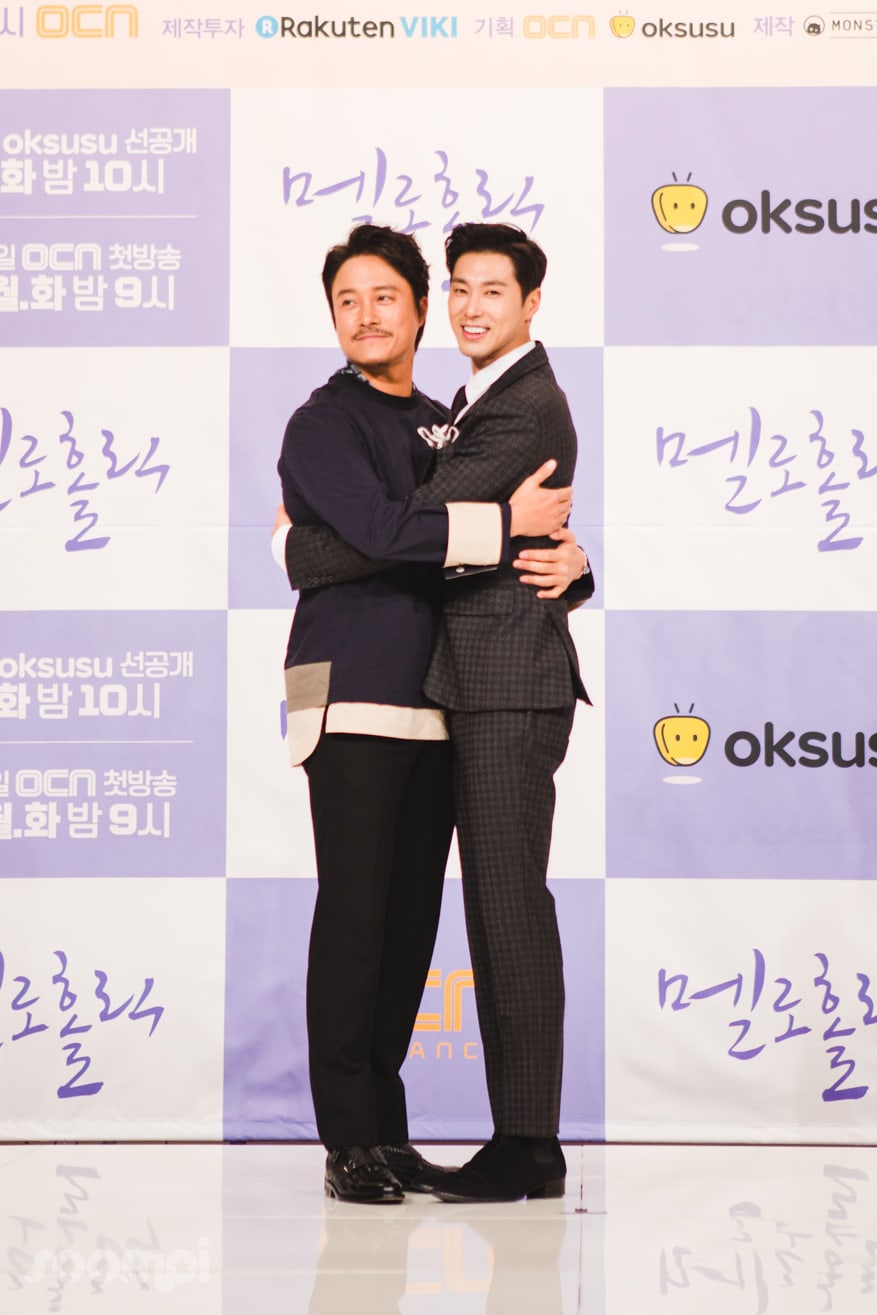 OCN’s “Melo Holic” will be available to watch exclusively on Rakuten Viki, so don’t forget to tune in for new episodes of the drama, which will air every Monday and Tuesday at 9 p.m. KST starting November 6.

Check out the rest of our exclusive photos from the press conference below! 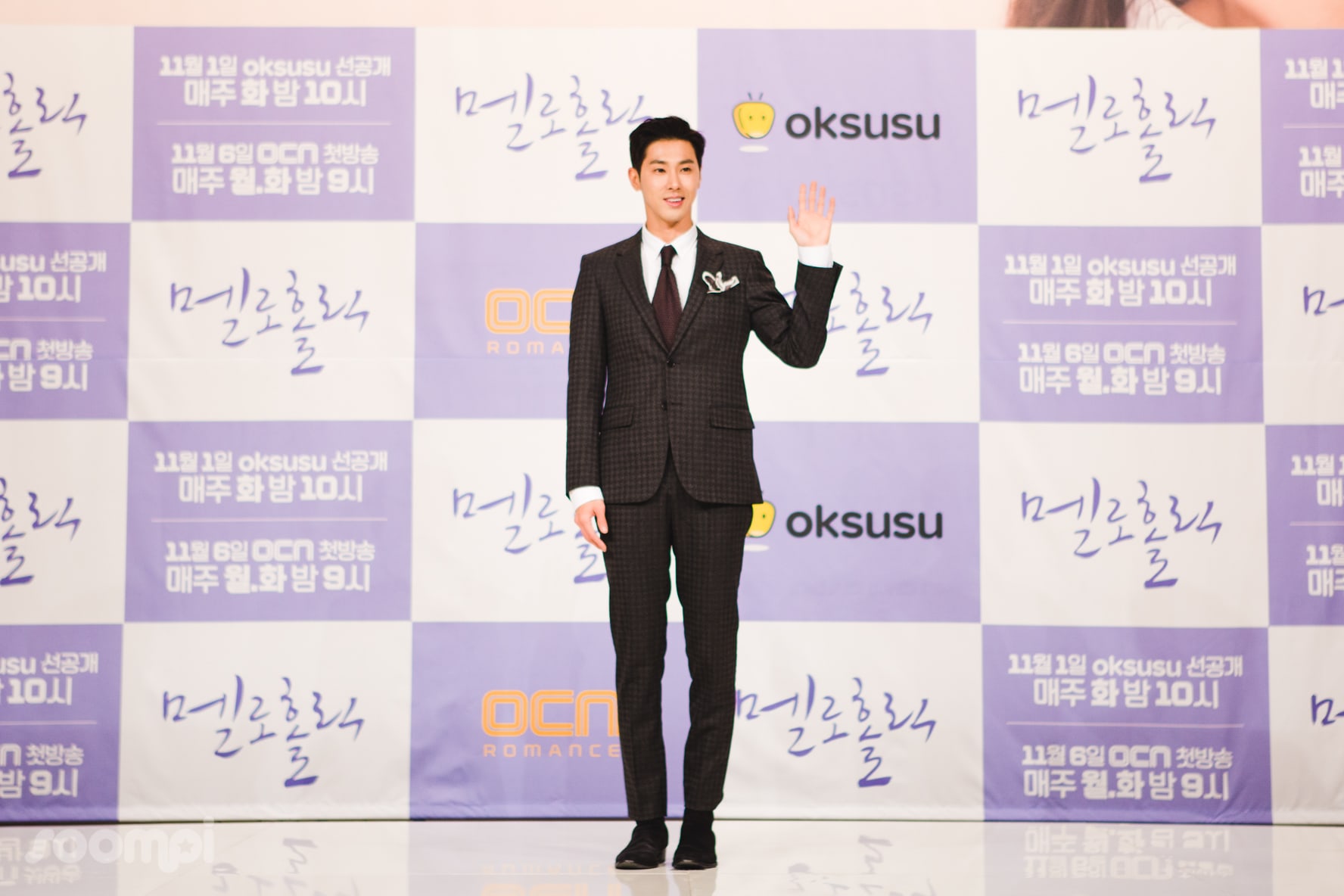 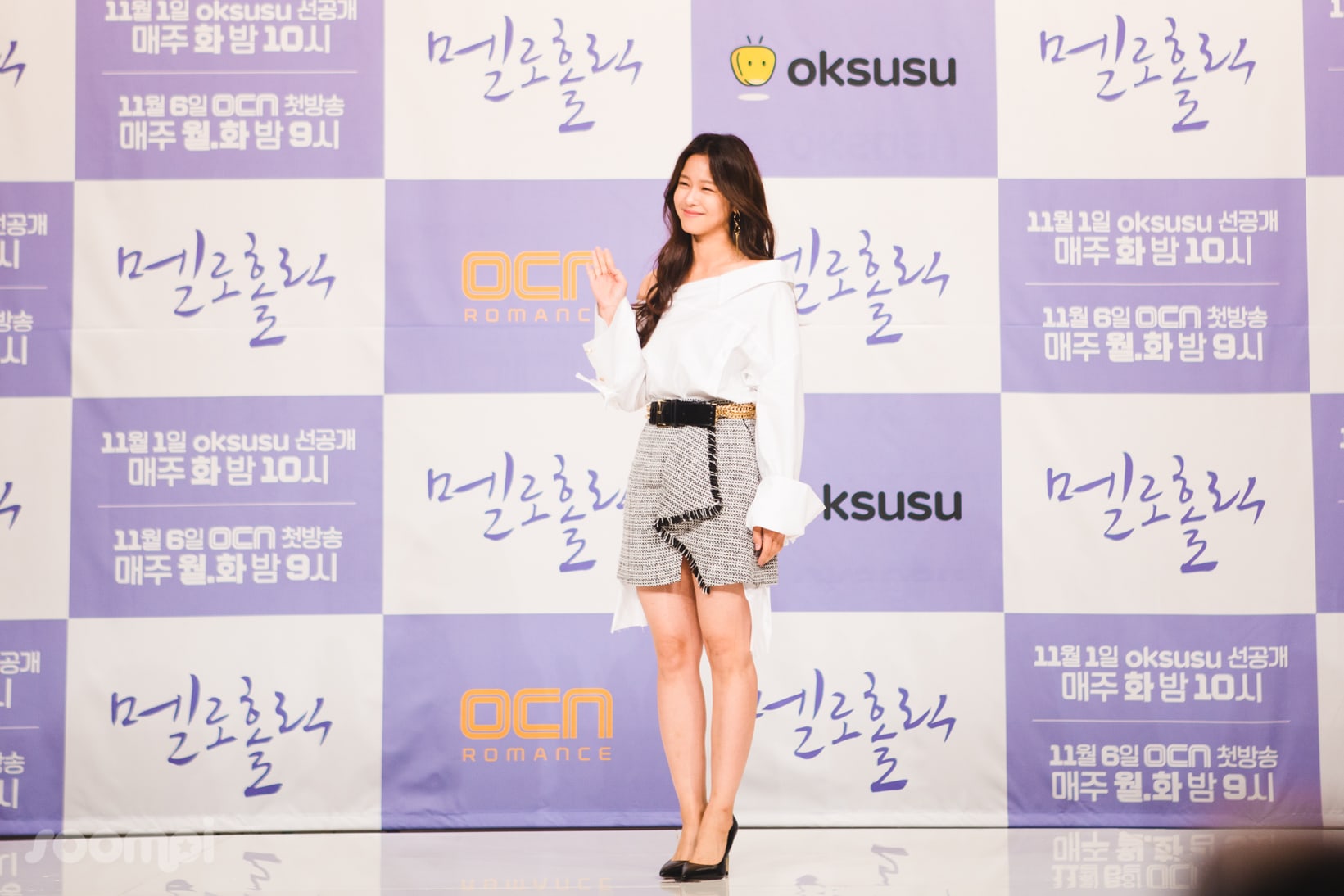 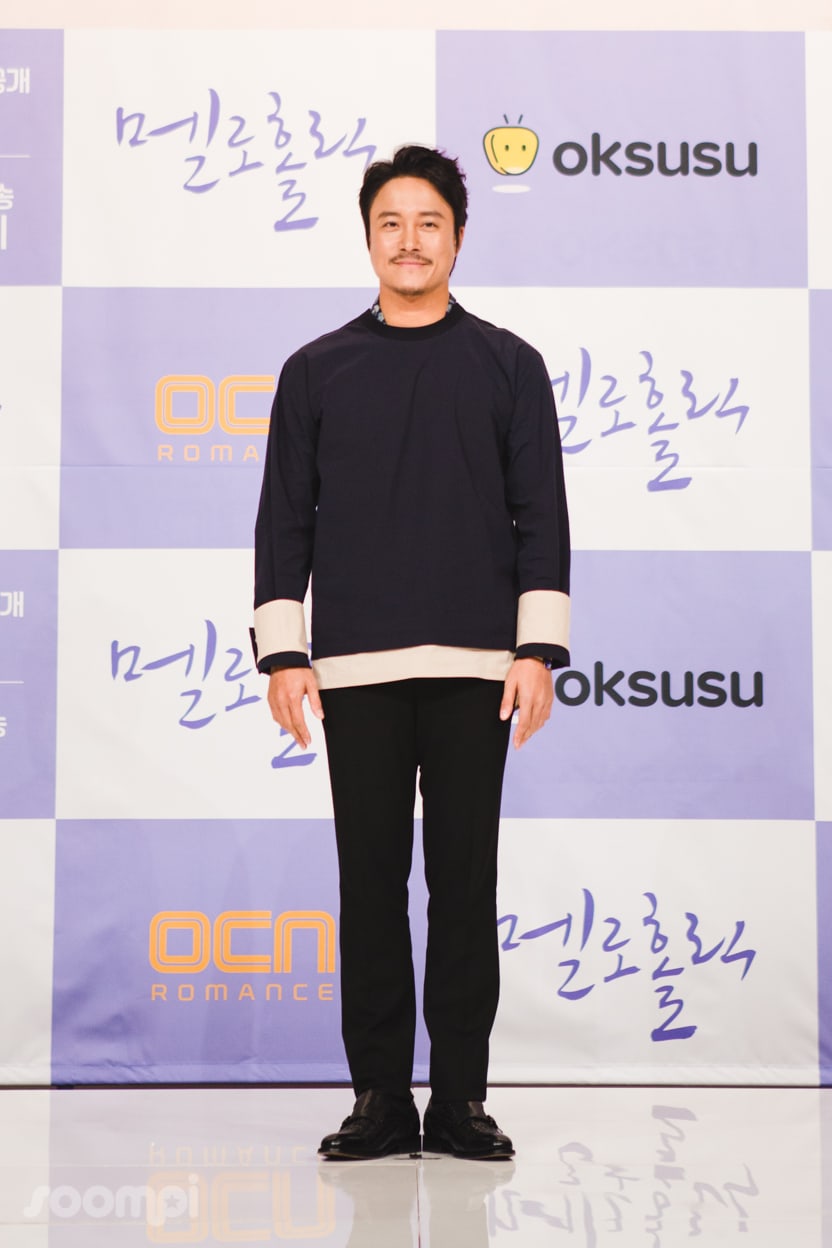 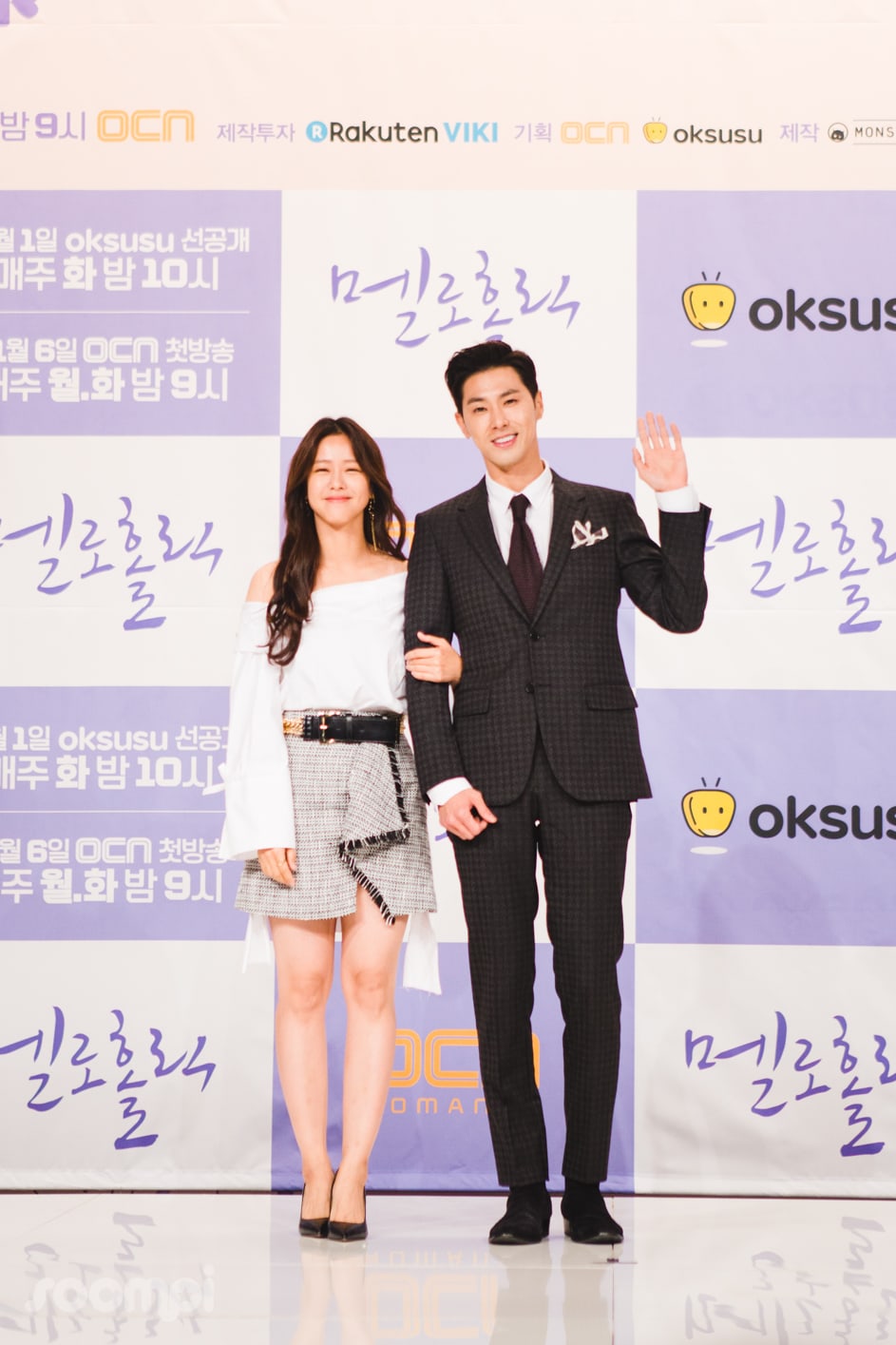 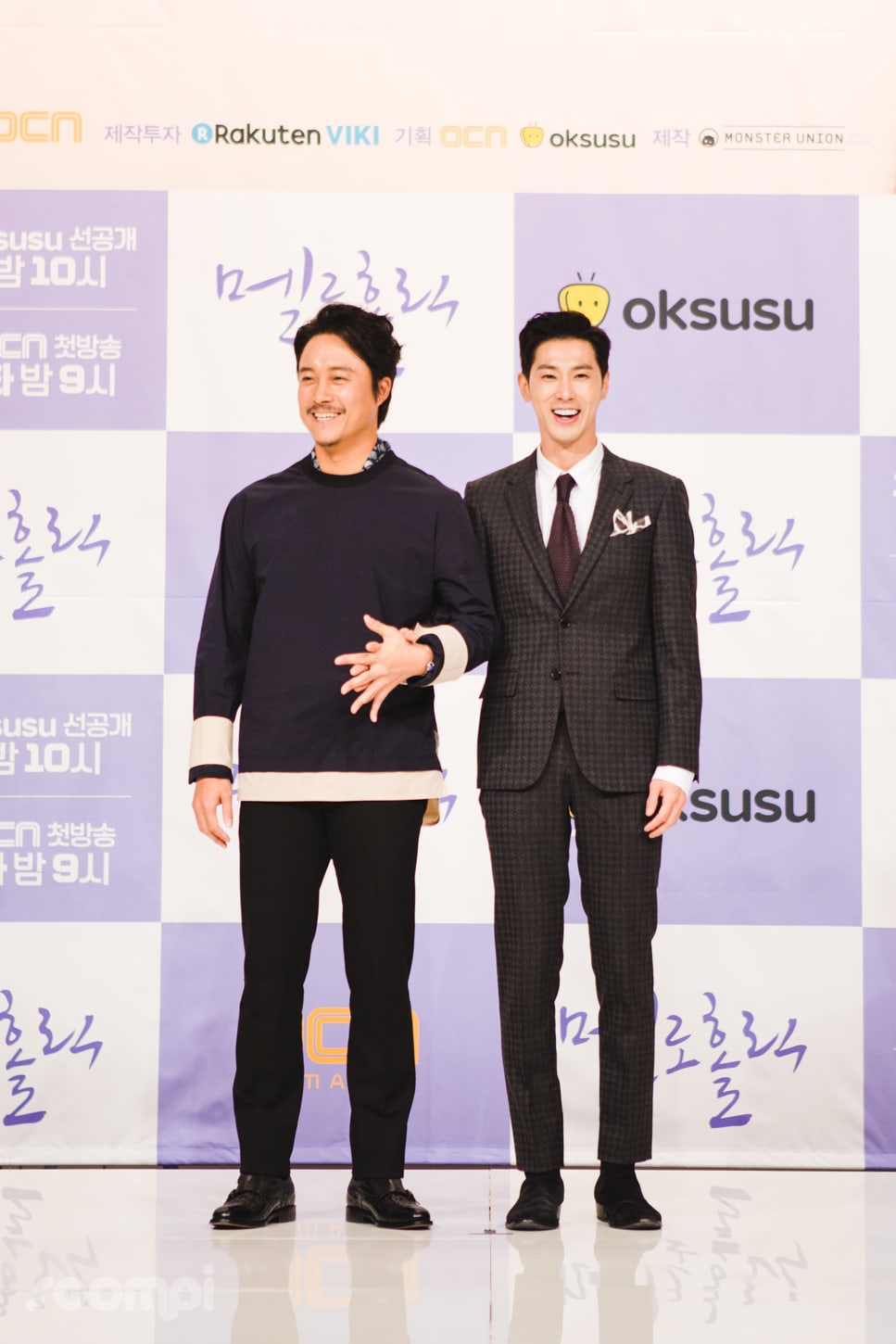 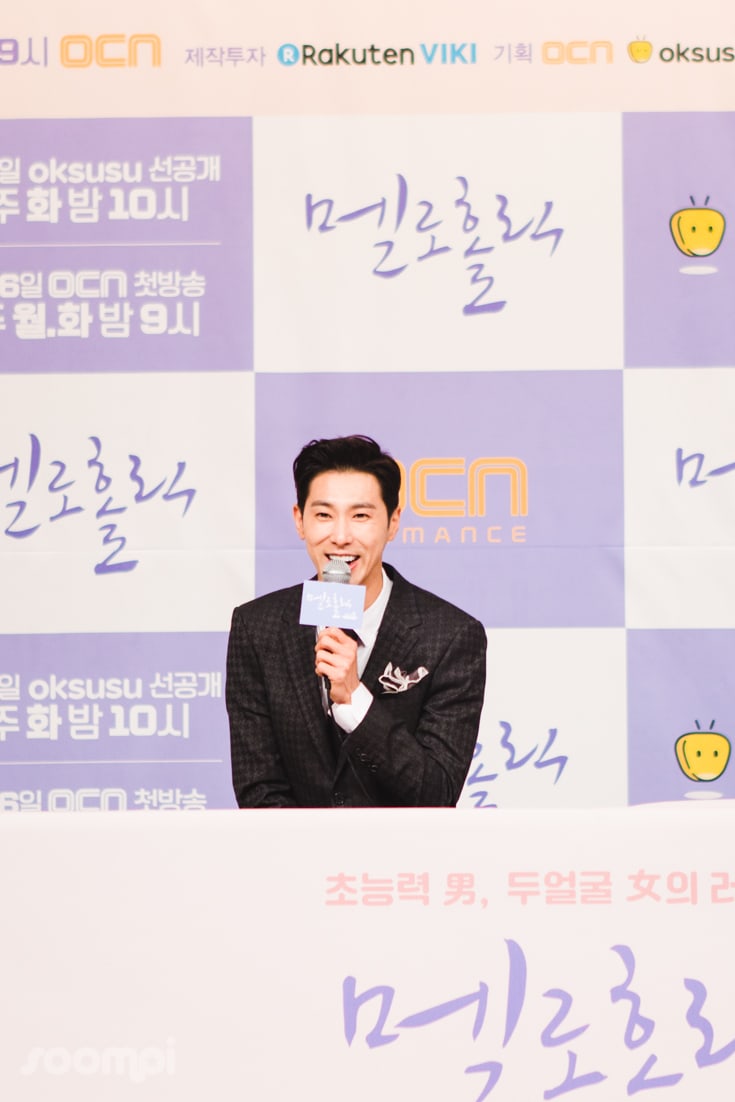 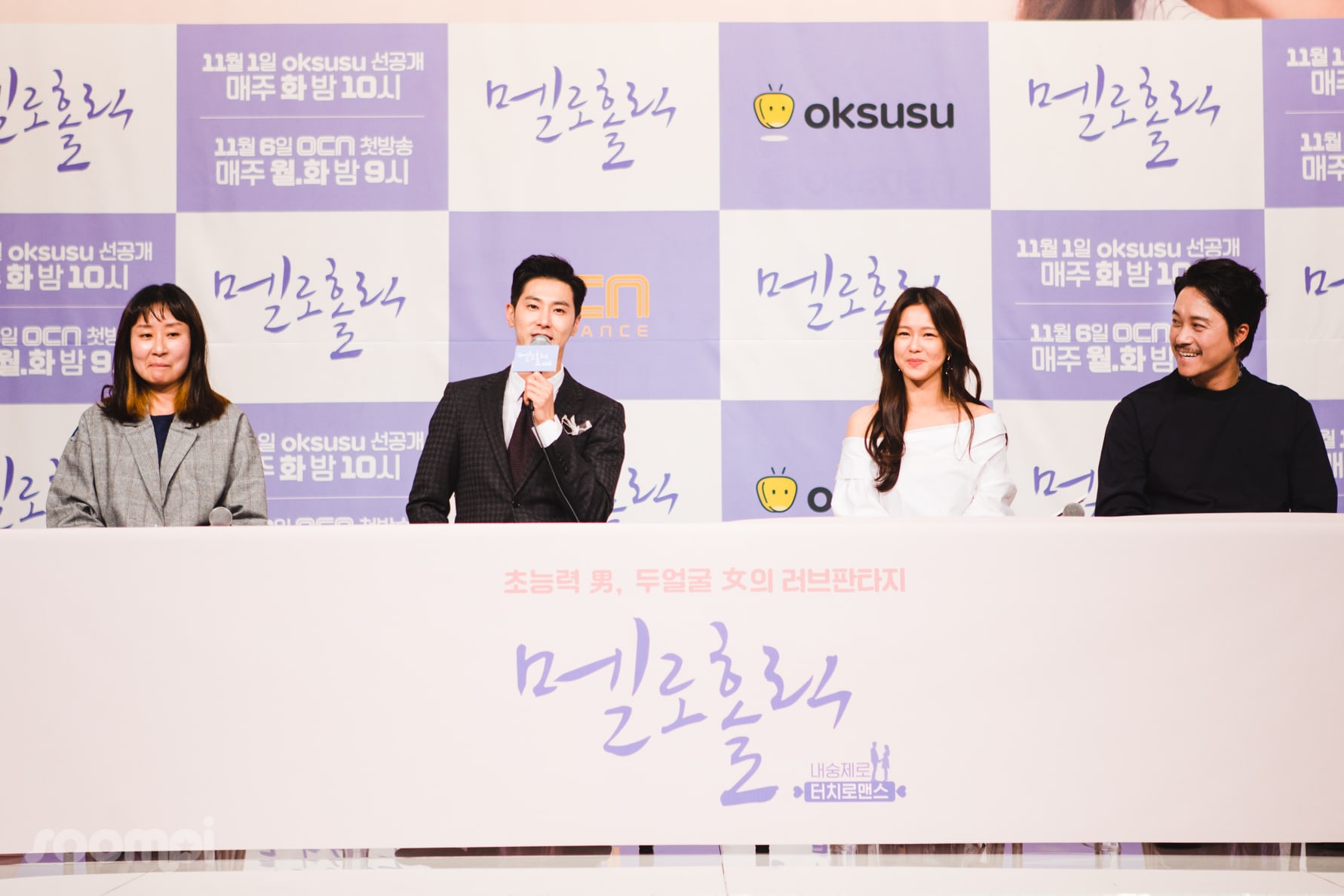 Watch the trailer for “Melo Holic” below, and catch it exclusively at Rakuten Viki when it premieres on November 6.