EXID Talks About Making A Comeback Without Solji

On April 10, EXID made a comeback on as a quartet on Mnet’s “Mnet Present” with “Night Rather than Day” from their new mini album “Eclipse.” It was previously confirmed that member Solji would not be joining the group in their new album promotions as she is still recovering from hyperthyroidism.

Following their comeback, the members shared their thoughts on performing without Solji. Hani commented, “Solji’s health has not yet improved to the point where she can join our promotional activities. She did get a lot better than before, but still needs more time to recover before she can make a return. We are all praying for her fast recovery.”

LE also added, “We are very nervous about making a comeback without Solji. However, we will try our best to show a new side of EXID.”  LE also spoke about their new title track “Night Rather than Day” which she helped produce and shared, “I tried to express pure, innocent feelings. I listened to a lot of feedback from Junghwa.” 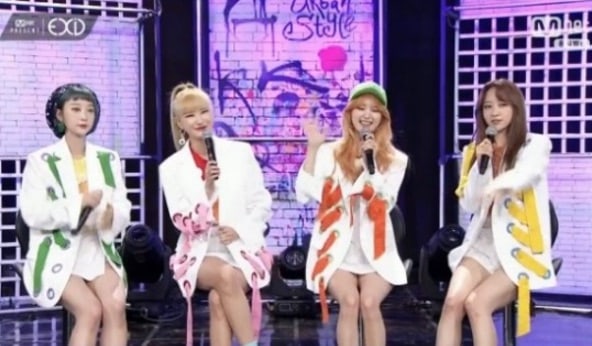 Later, members Hani and Junghwa talked about their preference with fancams. “I love my fans for capturing me in a flattering way. I prefer portrait mode fancams over the ones show in landscape mode,” Junghwa shared playfully. Hani added to the topic and said, “I enjoy monitoring myself by watching fancams, but I prefer when they capture all the members and not just me.”

Are you excited about EXID’s comeback?