Members Junghwa, Hani, Hyerin, and LE are clad in the same colorful suits as the ones they are wearing in their group teaser photo, which was revealed previously. Solji is on a break from promotions due to health issues. 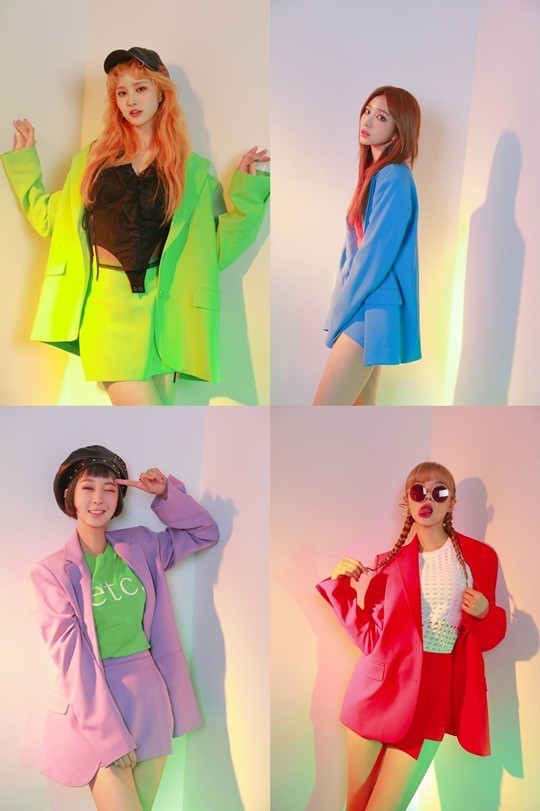 “Eclipse” is set to drop on April 10 at noon KST. Meanwhile, take a look at their track list and a short spoiler clip from their music video, shared by Hani herself!