EXID’s Hani and Weki Meki’s Choi Yoojung spent an unforgettable day together and bid each other farewell on JTBC4’s “Secret Sister.”

On September 7, the two girl group members were tasked with the mission of taking a trip down memory lane while watching clips of themselves from the past.

A clip of Choi Yoojung on Mnet’s “Produce 101” played on the television. After watching, she said, “I didn’t know anyone, so I was on my own.”

She continued, “I was in a different level from Doyeon. She was in level B and I was in level D. I felt really hopeless. I trained for four years and got a D.”

She added, “I don’t have an older sister or a younger sibling. I didn’t have anyone to talk to about my personal concerns. Doyeon helped me to talk about those kinds of concerns. I think she was the first person that allowed me to open up that deeply.”

They then watched the famous fan video of Hani dancing to EXID’s “Up & Down.” Hani explained, “At the time of ‘Up & Down’ promotions, we didn’t have a stylist. We had to go on TV, but it was so hard to find clothes. We had to go on stage, but we didn’t have shoes. So for the ‘Up & Down’ showcase, we colored white shoes with black markers and went on stage. It was so amazing when the song suddenly did well.”

Choi Yoojung then surprised Hani by reaching out and giving her a hug. She shared in her interview that she’d realized that Hani had gone through a lot, and suddenly wanted to comfort her.

Hani and Choi Yoojung went to bed after spending the day together. Hani said, “I’ll teach you how I save my happiness. I remember that moment with my eyes, save the sound, and then the smell. If you do these things during happy moments, then it stays in your memory for a really long time.”

On the next day, the two girl group members completed their final mission and packed up. Choi Yoojung commented, “I think she may be someone who showed me another path. I think if I go in that direction, then it could become a good path. I think this day was unforgettable.” 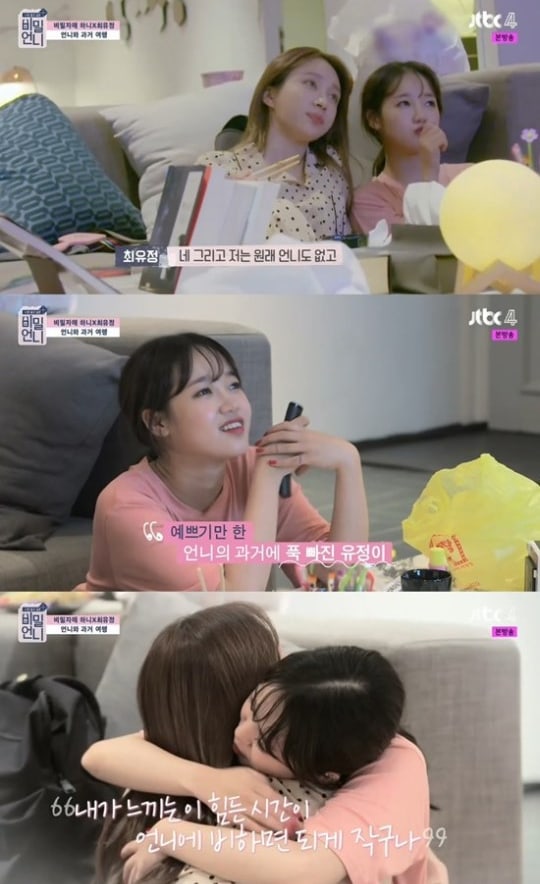