During the April 16 broadcast of SBS’s “Three Great Emperors,” viewers noticed that EXID‘s Hani sported a dramatic short bob, for the first time on television. 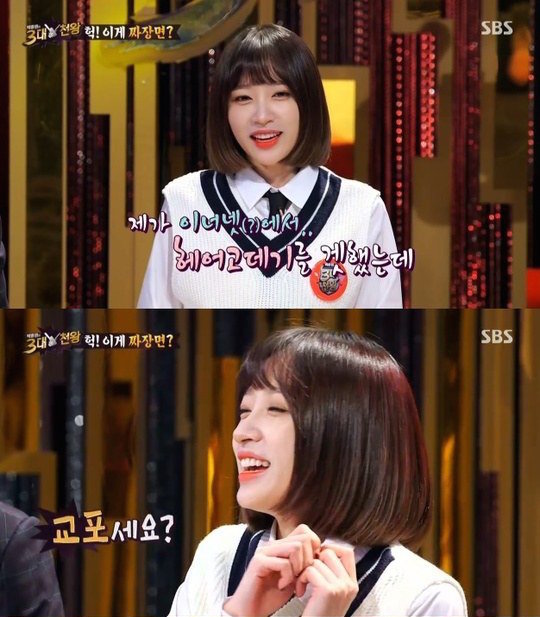 The MCs ask her about the reason behind the new hairstyle, joking that usually women usually get haircuts like this when there’s been a change of heart.

The idol explains, “I found a hair straightener I really liked online, and I tried it out at home. However, maybe it’s because my hair was so unhealthy, but my hair broke off while I was using it. So, I ended up getting a haircut to fix the already shortened hair.”

Afterwards, the audience and MCs assure Hani that it suits her, when she shyly asks if it looks alright.

What do you think about her new hairstyle?