EXO‘s Baekhyun may be on the smaller side compared to the other taller members, but did you know he actually hides some pretty broad shoulders? 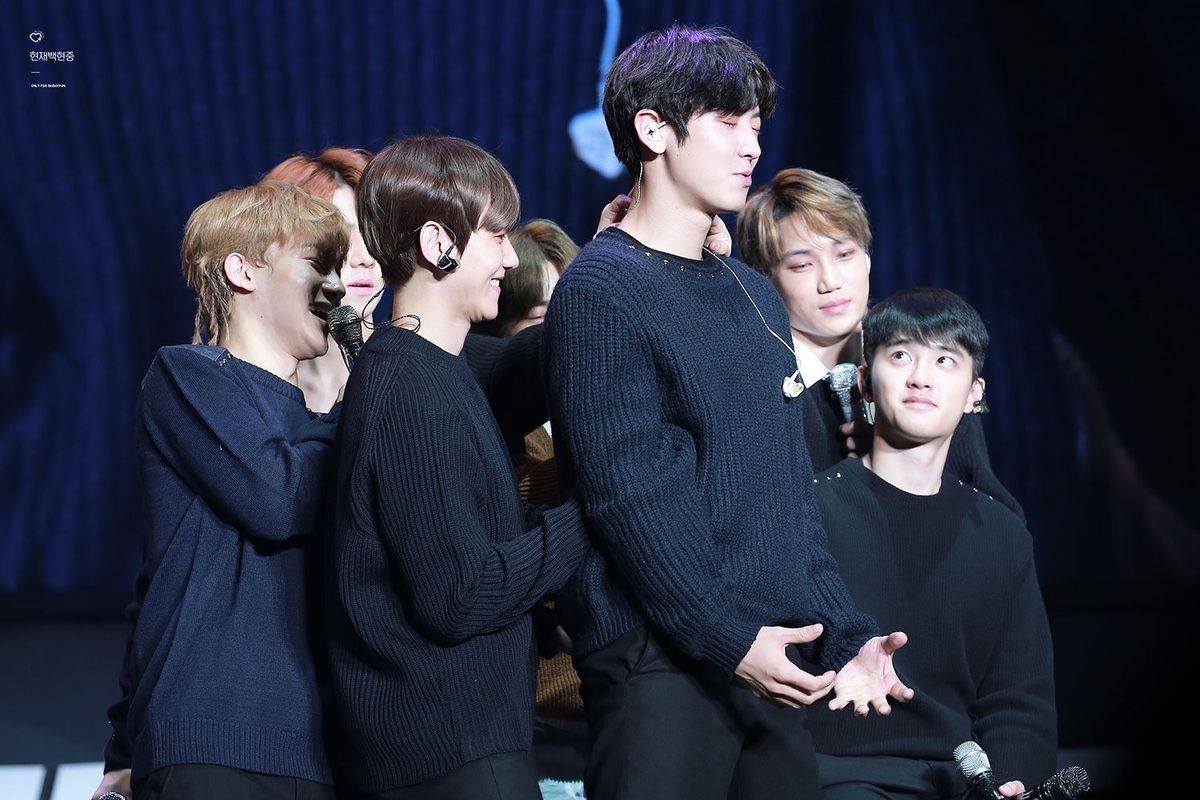 The designer for one of his stage outfits uploaded the original body chain draped over a mannequin. Fans pointed out that the second-most outer chain layer hit mid-arm on the mannequin…

…but when Baekhyun wore it, it sat right at the end of his shoulders. That means that Baekhyun has shoulders wider than that of a mannequin!

Fans pointed out that although he’s smaller in stature compared to giants such as Chanyeol or Sehun, Baekhyun’s not lacking in the broad shoulders department either. Here’s a comparative shot of him next to actress Kang Han Na during a radio show.

There’s nothing Koong can’t do! Looks like despite fans calling him smol, he’s pretty swol!