EXO‘s Baekhyun is known for his breath-taking vocals, comedic humor, and handsome visuals. Not only does he seem to have all the positive traits anyone could want, but he has the manners to match.

During their appearance on an episode of Workman, Jang Sung Kyu became their manager for the day. Although he wasn’t their real manager, fans were touched by the manners Baekhyun showed him. 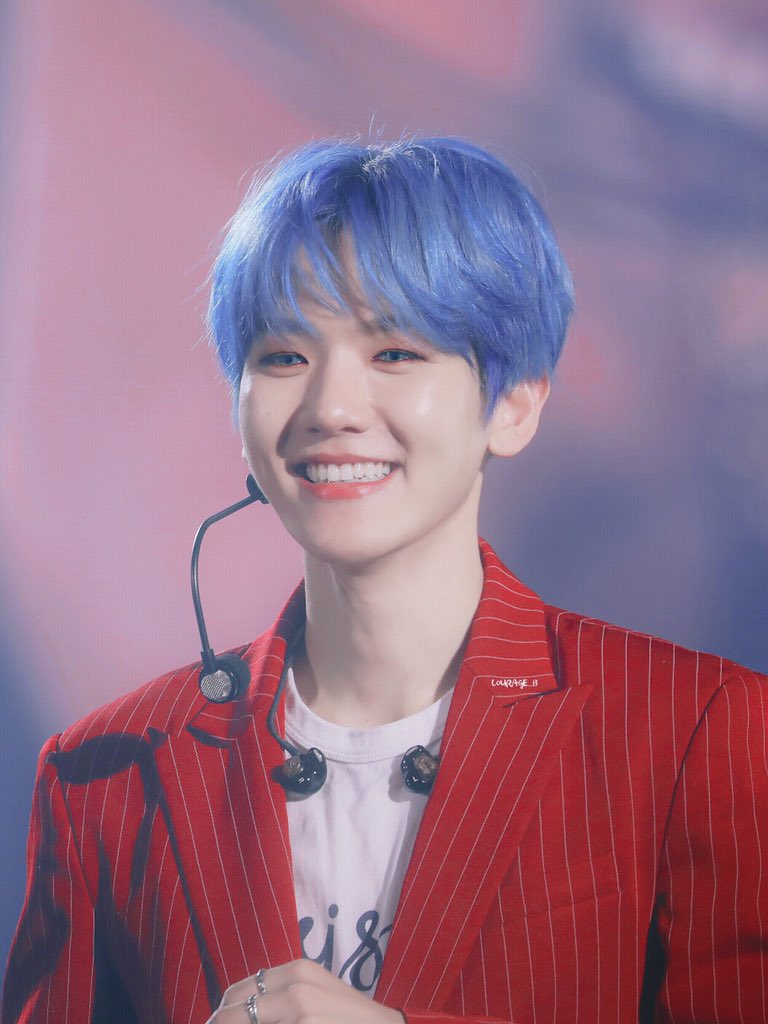 Sung Kyu started off the day by escorting the members from their van into the building. Having already done so with Chanyeol, Chen, and Sehun, he hurried back to greet Kai, Baekhyun, and Suho. After their greetings were over, they headed for the elevator, where Sung Kyu offered up an apology. 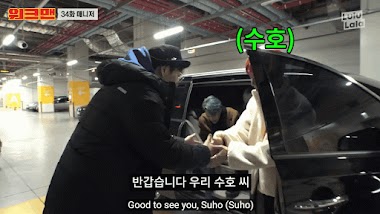 Earlier, Chanyeol had poked fun at him by asking why he hadn’t held the elevator for their arrival. Since Sung Kyu hadn’t followed the tip for their arrival of the second batch of members, he immediately apologized, “Sorry for not saving the elevator beforehand. I’m still getting the hang of it.” Although they all laughed, Kai didn’t let it slide. 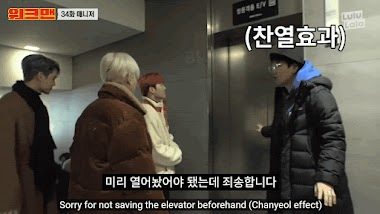 Tapping into his playful X-EXO side, Kai wanted Sung Kyu to make up for his mistake. Laughing harder than anyone, he jokingly said, “Get down and do pushups.” Wanting to show how sorry he was, Sung Kyu moved to get into position. That’s when Baekhyun showed just how respectful he is. 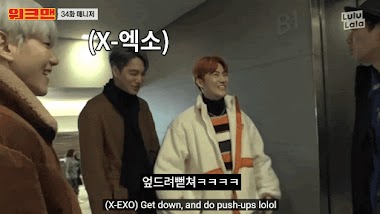 At the same time Sung Kyu dropped down into position to play along, Baekhyun wouldn’t let him. With a hand respectfully reaching for his shoulder, he tried to urge him to stand back up. Even though they were all having fun and playing around, Baekhyun couldn’t forget his manners and naturally showed respect by stopping him. 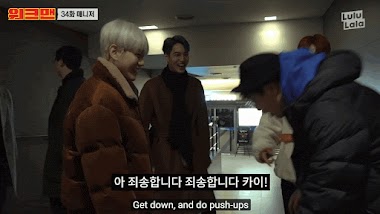 The lack of hesitation showed just how respectful Baekhyun is to everyone, especially those older than him. If you genuinely want to know how well-mannered someone is, watch what they do when they think someone isn’t paying attention. Watch the respectful yet funny exchange between them that had fans praising him.