A post recently surfaced on an online community claiming to be written by EXO Chanyeol‘s ex-girlfriend. In a shocking revelation, the OP accuses Chanyeol of having cheated on her with over 10 girls throughout the relationship. Along with the post are photos she had taken while with him.

The OP claimed that he had approached her through an acquaintance and contacted her first, later on asking her out seriously. However, happy times came to a halt when she had found out something she should not have.

Recently, approaching out 3rd anniversary, I found out a shocking truth. I tried not to believe what I had heard until I had seen it for myself, and even believed your words saying that i wasn’t true. However, during the three years we were dating, you became the party involved for someone’s first experience, for someone’s one night stand. When I was sleeping peacefully, you were always busy playing around dirtily with a new woman.

OP further claims that those involved included girl groups, YouTubers and broadcast jockeys, dancers, flight attendants and more. Chanyeol had also allegedly been affected by the attention shown to OP by a member of his group that he allegedly dislikes.

The way you looked was suspicious when the member you had disliked, who didn’t know about our relationship, showed interest in me. You weren’t able to say a word to him. In front of him, you didn’t show you were put in a bad mood but behind his back you cursed him out. I can now see the reason was that you weren’t able to be proud (about us). 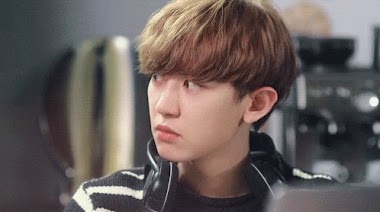 OP claims that Chanyeol called her to win her back a few days after the break up, but was unable to refute his doings. When OP had asked about the girls, he allegedly went silent for a few seconds before asking, “what about them?” According to the post, OP had recorded the conversation just in case.

The funniest thing is that when I mentioned the names of one of the girls you played, ate and slept with, you didn’t even say that you didn’t know her. You should have at least pretended. How foolish must I have looked to you…you have no fear. What does that make me, as I was fooled by you for three years?

I was busy protecting you because I trusted you when you said if a problem arises in your music career due to women troubles, you would die.

Comments have pointed out that the background in the photos uploaded by the OP are indeed of Chanyeol’s house. They compared it to photos his sister, Park Yoo Ra, had taken in her brother’s abode.

It was also pointed out that the man in the photos wear a beanie that is known to be a favorite of Chanyeol’s.

SM Entertainment nor Chanyeol have yet to speak on the issue.