EXO‘s Chen has just released a new statement to EXO-L about how sorry he is to them after his sudden marriage and upcoming child announcement. 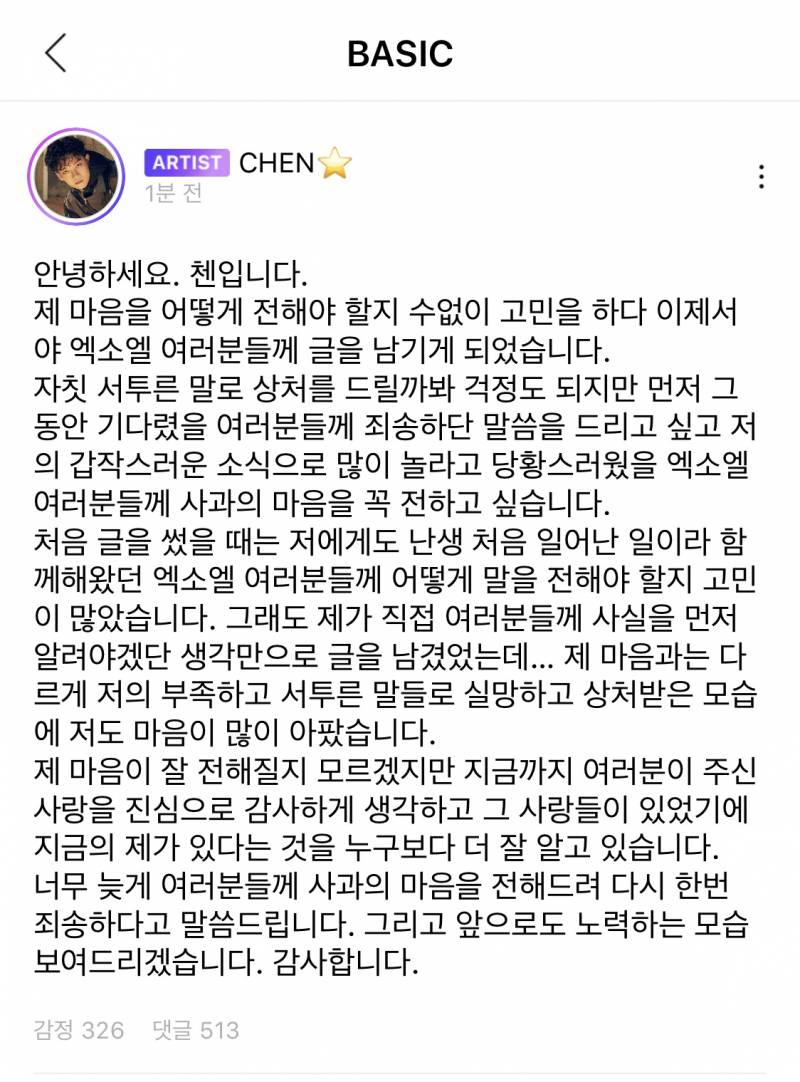 In his statement, Chen apologized to EXO-L for the sudden news, and how he was sad to see his words hurt others.

Hello, this is Chen.

I have been thinking a lot about how to express my feelings, and I am finally leaving a message to EXO-L. I was worried that I would hurt you with some awkward words, but I would like to say I am sorry to all of the fans who have been waiting for me. I would like to apologize to EXO-L who must have been surprised and embarrassed by my sudden news.

When I first started writing [the original letter], I had a lot of thoughts of what to say to EXO-L, who been with me since the start of my career. But I thought I should be the one to tell everyone first, so I wrote the letter… Unlike what I was feeling, I was very sad to see that my lacking words hurt and disappointed others.

I don’t know if my feelings could be conveyed well, but I am truly grateful for the love that you all have given me up until now, and I know better than anyone that I am where I am right now because of that love.

I am sorry that I am apologizing to you all so late, and I will continue to work hard to show you a good side of myself.

On January 12, Chen revealed through a post on EXO’s fancafe that he would be marrying his longtime girlfriend, and hinted at her pregnancy. SM Entertainment later confirmed the marriage news, as well as confirming Chen’s hint that they were expecting their first child together.