The day that fans dread the most has arrived for EXO fans yet again, as Chen got sent off to begin his military enlistment. 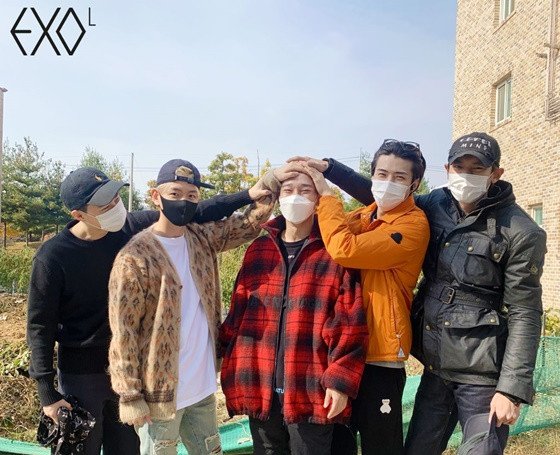 On October 26, Chen arrived at the very place where he will begin his military training before starting his time as an active duty soldier. It was just moments after that SM Entertainment shared photos onto EXO’s fan page of Chen with fellow members Suho, Baekhyun, Sehun and Chanyeol who came to bid him farewell. 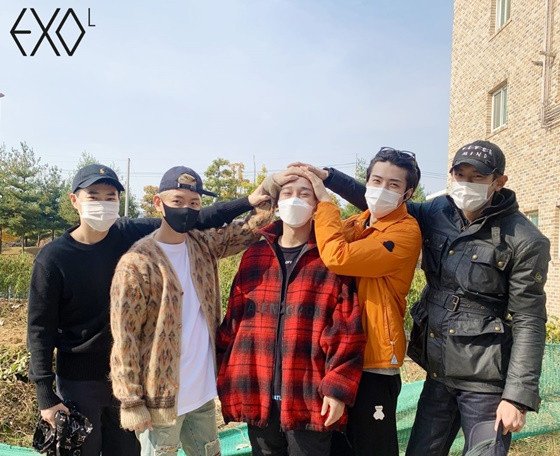 The five members of the boy group can be seen photographed in silly poses, showcasing their strong bond and friendship with one another. Fans can see their goofiness as the members rub their hands on Chen’s newly shaved head. 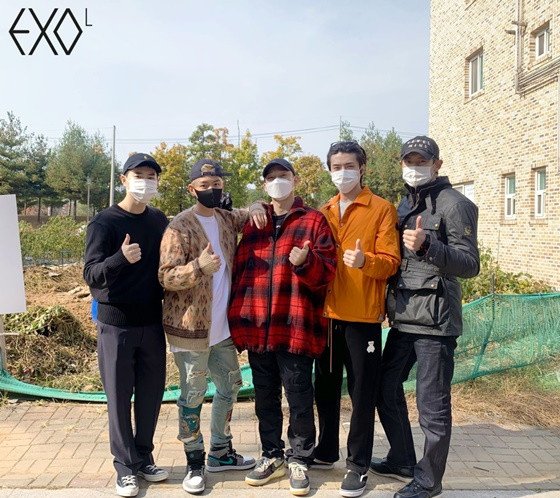 This will be EXO’s fourth member to begin their military enlistment as fellow members Xiumin, D.O. and Suho have already been respectively serving their time in the military.

We will miss you Chen! Come back safely.