While EXO’s Youngmin manager may have had fans laughing hard when he declared himself team EXO all the way, Jinwook manager has everywhere laughing even harder as he tries to get each of the EXO and X-EXO members to settle their differences before November 27

Starting with the release of Kai‘s teaser, Jinwook has been taking on the role of peace-maker as he’s been posting the teaser photos to his Instagram. Each of his posts starts off by telling them to “get along well” before dropping a peace tactic like shaking each other’s hands… 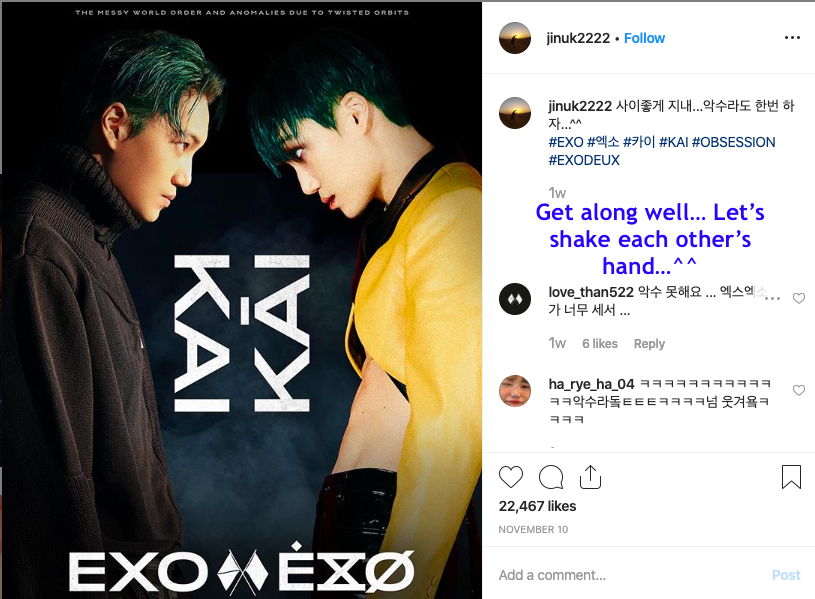 Or simply hugging it out! 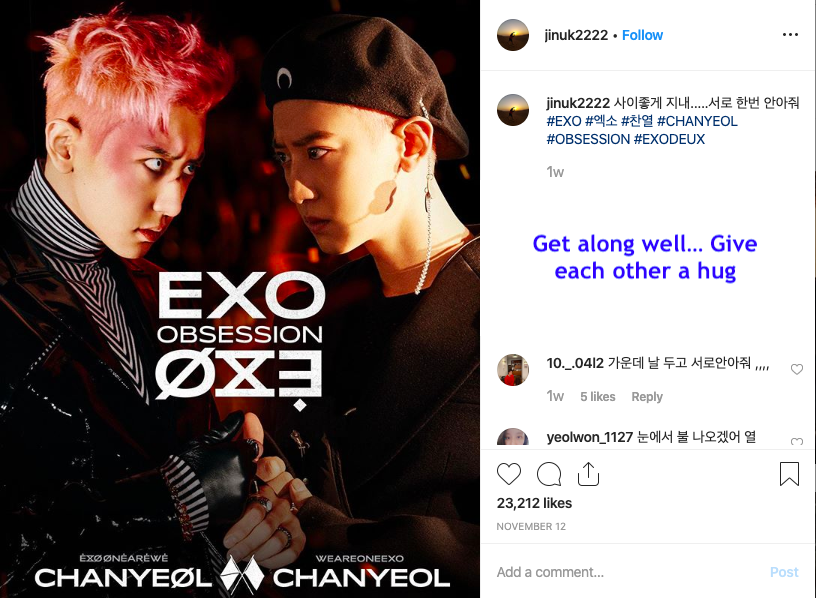 But he’s also had some other suggestions that have been making it even harder for EXO-Ls to catch their breath! Instead of keeping the peace between Sehun and his clone, well, he decided to let them battle it out…in a staring contest! 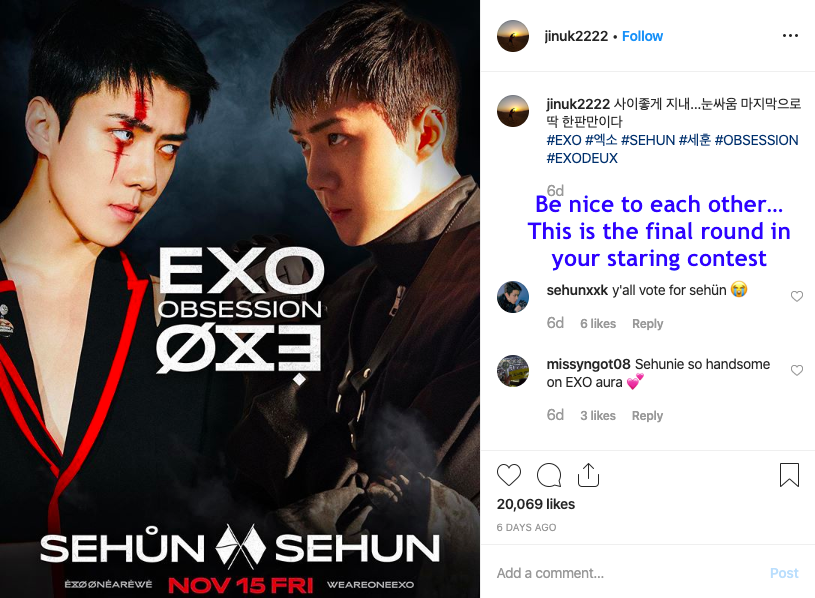 And as for Baekhyun, well, he doesn’t even know what to say to these two other than wonder aloud why they’re so close! 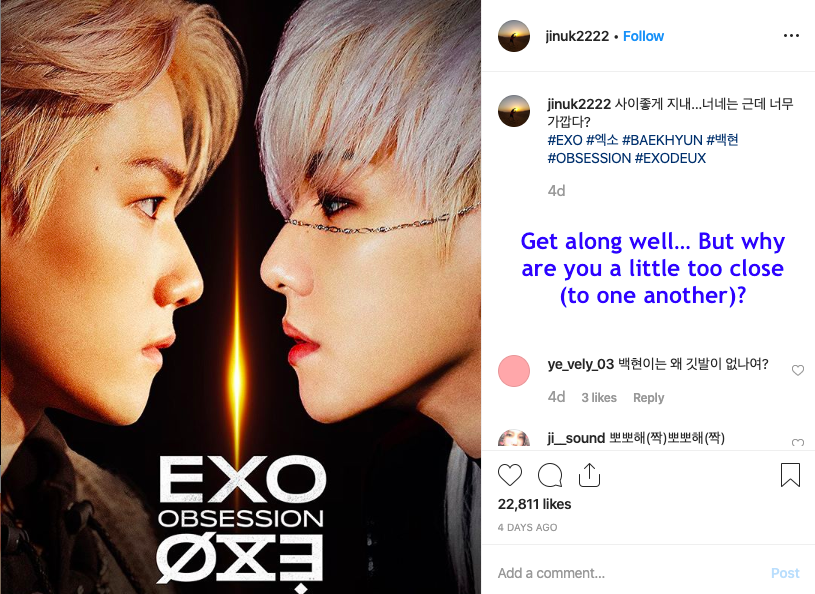 Meanwhile, when it came to Chen and his X-EXO version, he couldn’t resist the opportunity to do a little play Chen’s “Shall We?” solo. 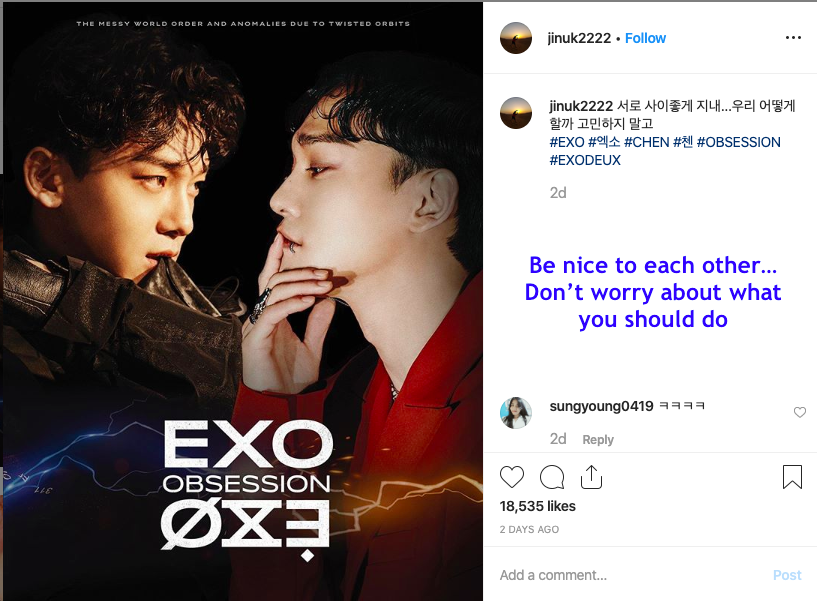 As EXO-Ls eagerly anticipate Jinwook manager’s post for Suho and his doppelganger, his current peace-making attempts are being met with a whole lot of laughter and love from EXO-Ls who can’t stop cracking up over all his hilarious captions!

Jinwook manager been trying to make EXO and X-EXO reconcile ????

Exo manager: Get along with each other well… don’t worry about what we shall do

He literally referred to the lyric of shall we? “What shall we do (…)” HAHAHAHAHAHA pic.twitter.com/H1eIkMtr0Y

Meanwhile, EXO will be making their highly-anticipated OBSESSION comeback on November 27!