EXO appeared on Knowing Bros where they were challenged to rank each other by their personal opinion on which member was the best looking out of the whole group.

Chanyeol was up first where he explained that (in his humble opinion), he ranked 1st thanks to his height. 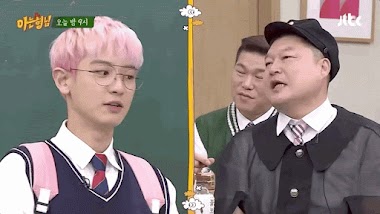 I believe we need to take height into consideration.

He then ranked the 2nd most handsome member as Sehun! 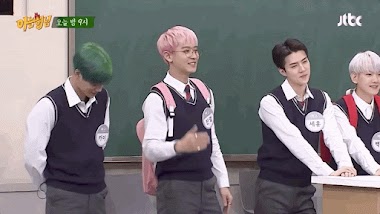 He soon followed up with Suho as 3rd! 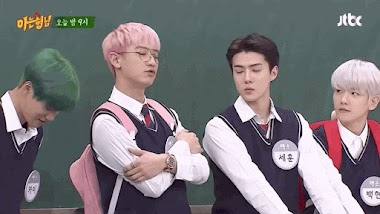 When asked which member was 4th, he comically claimed, “It’s hard to decide because you’re pretty much the same to be honest.” And his members roared in laughter and complaints! 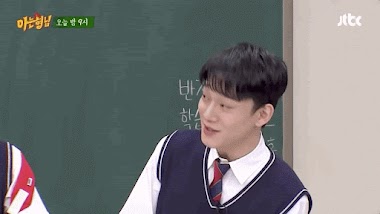 Then Suho took the lead to announce his personal ranking of the members. And much like Chanyeol, he himself was listed at the top of his list! 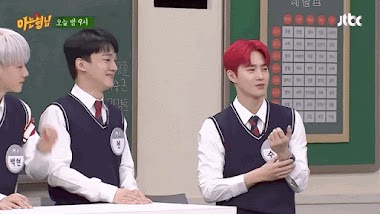 When asked if he looks in the mirror and think he’s the most handsome of all time. And he replied, “Doesn’t everyone do that though?” 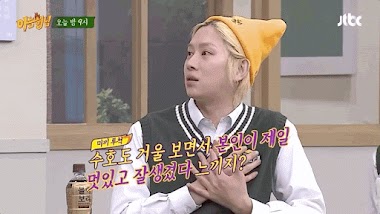 He chose Sehun as 2nd as well, and Baekhyun added in, “I’m jealous~” as he looked at Sehun in the most hilarious way! 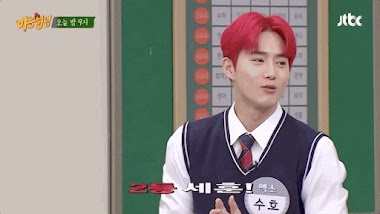 But when Suho named Kai as the 3rd best looking member, Chanyeol jumped up to object! He explained that he’ll be retracting his vote for Suho as 3rd on his list! 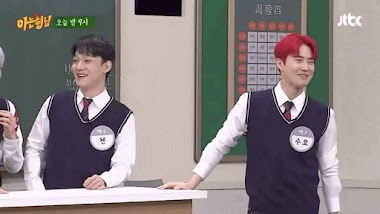 Suho then named Baekhyun as 4th, Chen as 5th, and Chanyeol as 6th! Judging by that sly smile on his face, he was just waiting to get under Chanyeol’s skin! 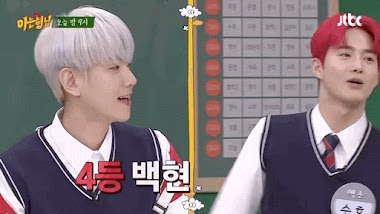 Chanyeol tried to act as cool as possible, but Suho clearly succeeded once again in poking fun at his adorable younger brother! 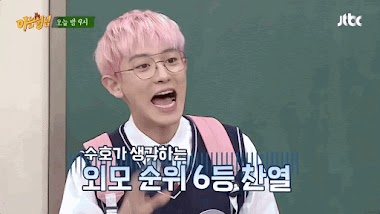