EXO-CBX will be going on an adventure that they can’t even plan for!

“Travel the World on EXO’s Ladder” (literal title) is EXO’s new reality show where they travel around the world while making decisions by using a Ghost Leg lottery (known as “ladder climbing” in Korean).

For the first installment, the group’s subunit EXO-CBX heads to Tottori Prefecture in Japan, where they enjoy lots of delicious food and shopping. With parts of their trip left up to chance, the three EXO members encounter unexpected situations as they explore the area.

The show also revealed a poster for the subunit’s installment of the reality show, with Chen, Xiumin, and Baekhyun posing somewhere in Tottori. 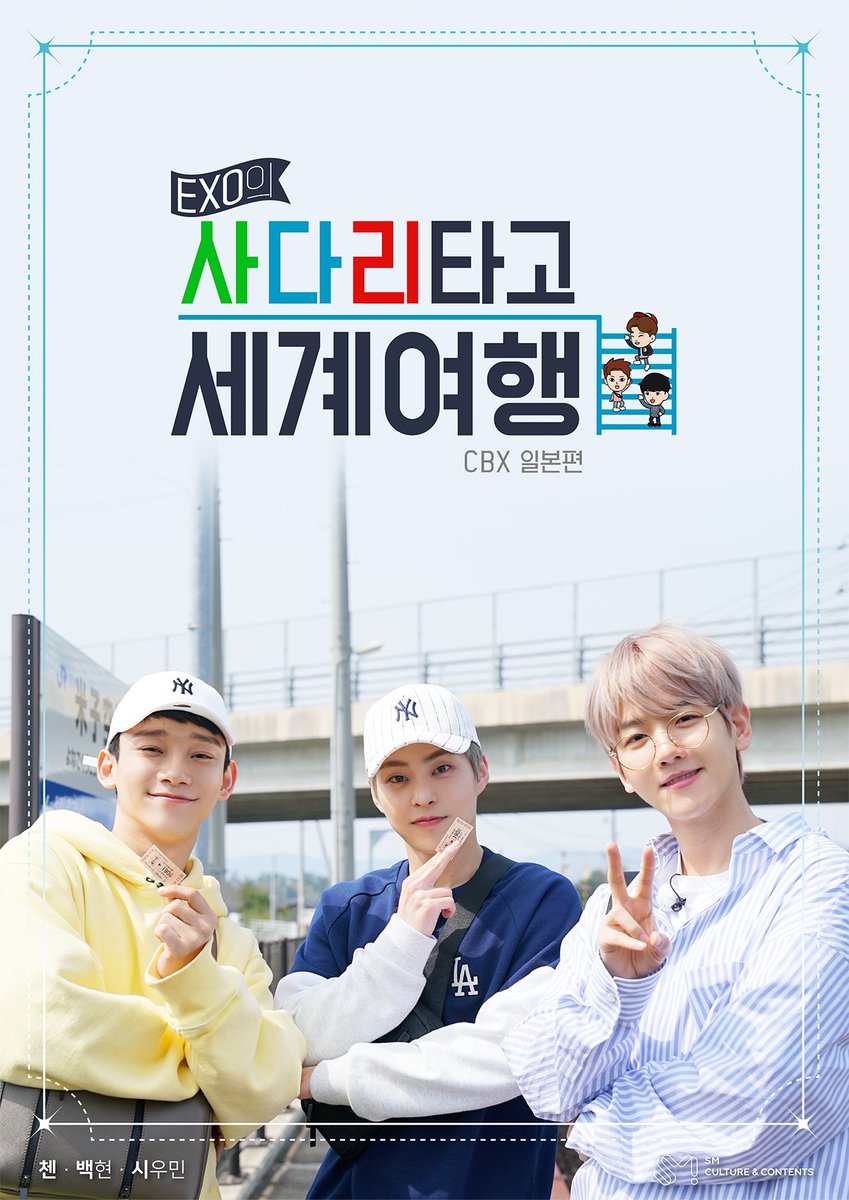 “Travel the World on EXO’s Ladder — EXO-CBX’s Japan Installment” will be first released through mobile application oksusu every weekday at 10 a.m. KST starting May 21.