The highly anticipated military musical, titled “The Day Of Promise”, held its showcase featuring some of the most popular idols who are serving in the military at the moment. 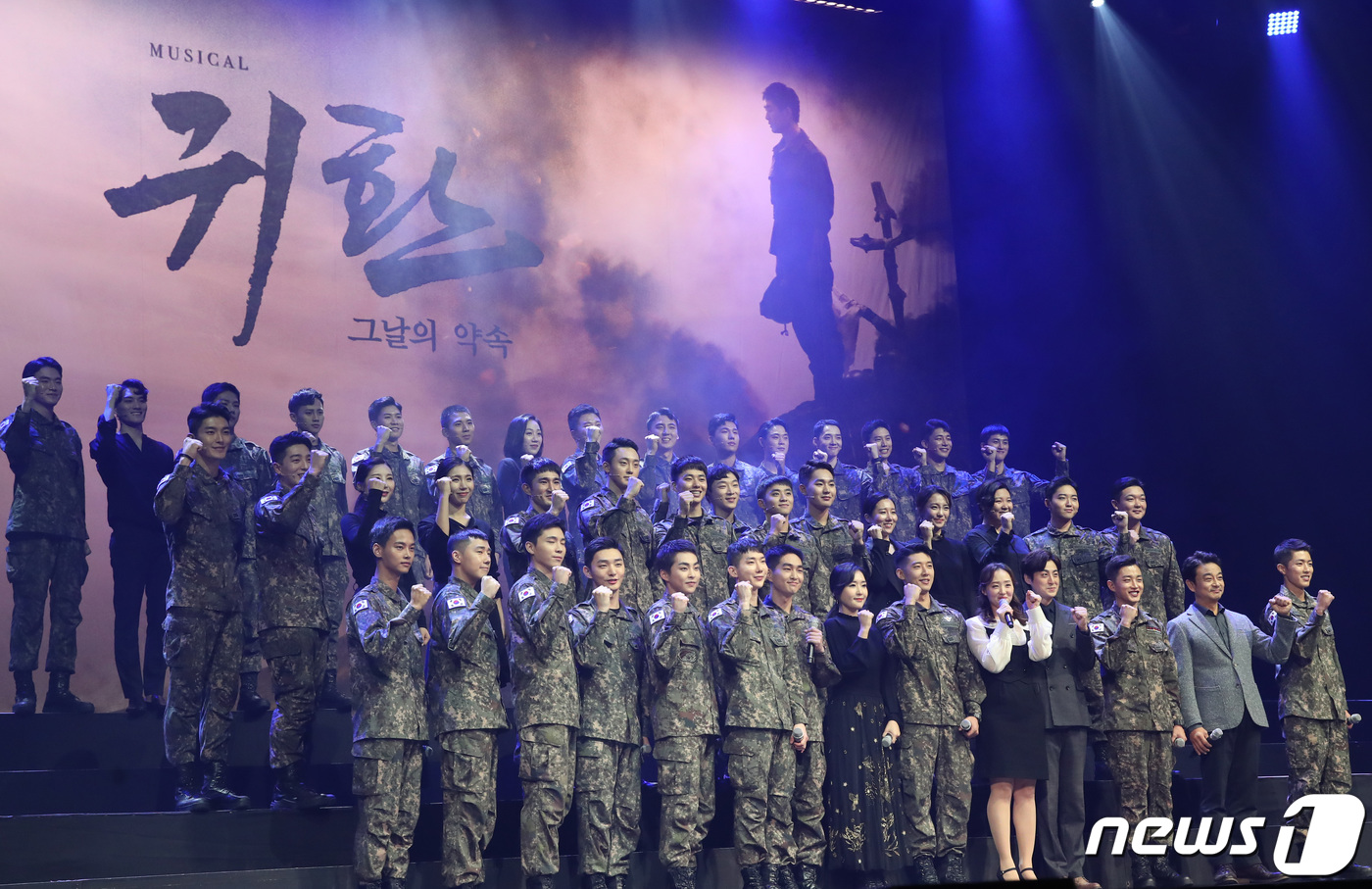 Among those stellar idols were SM label mates, EXO‘s Xiumin and SHINee‘s Onew! Both artists are performing in the musical and attended the showcase not as Xiumin and Onew but Kim Minseok and Lee Jinki. 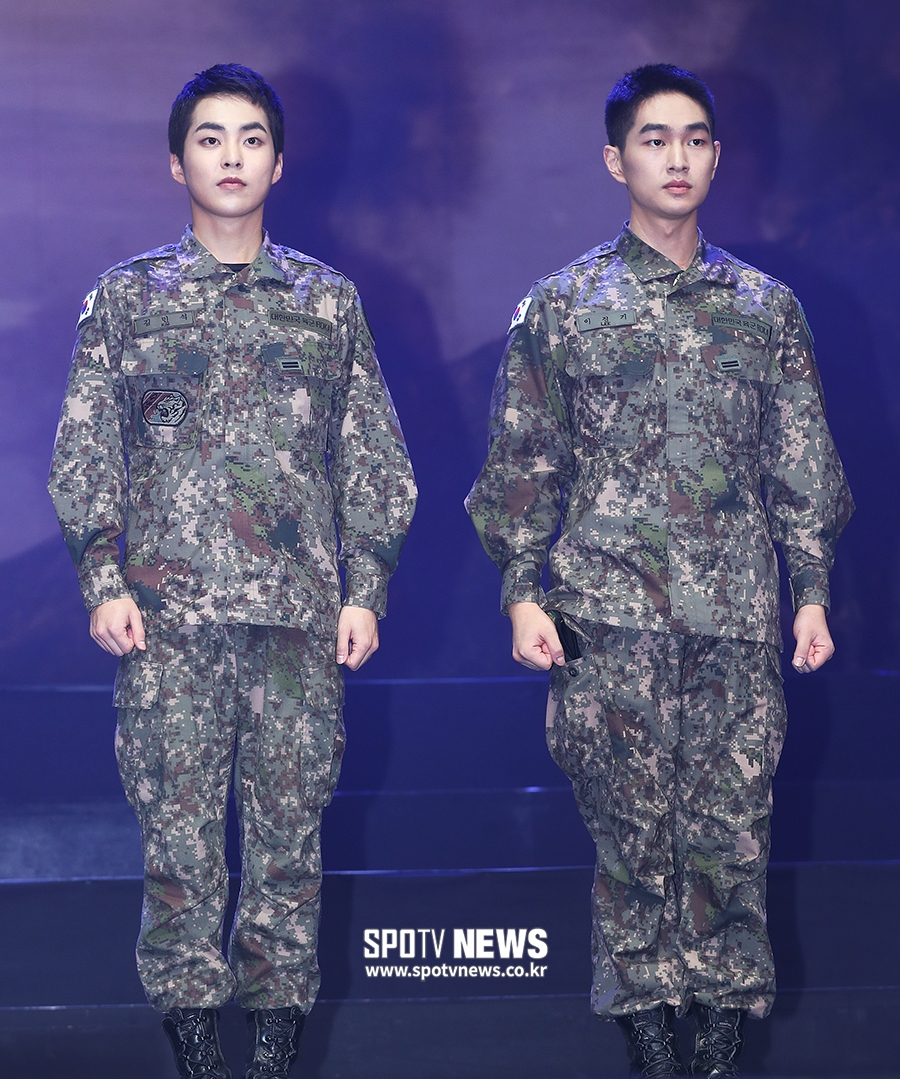 During the interview, a reporter asked Xiumin if Onew helped him adjust to his first time in the military, as well as his first time performing in a musical. 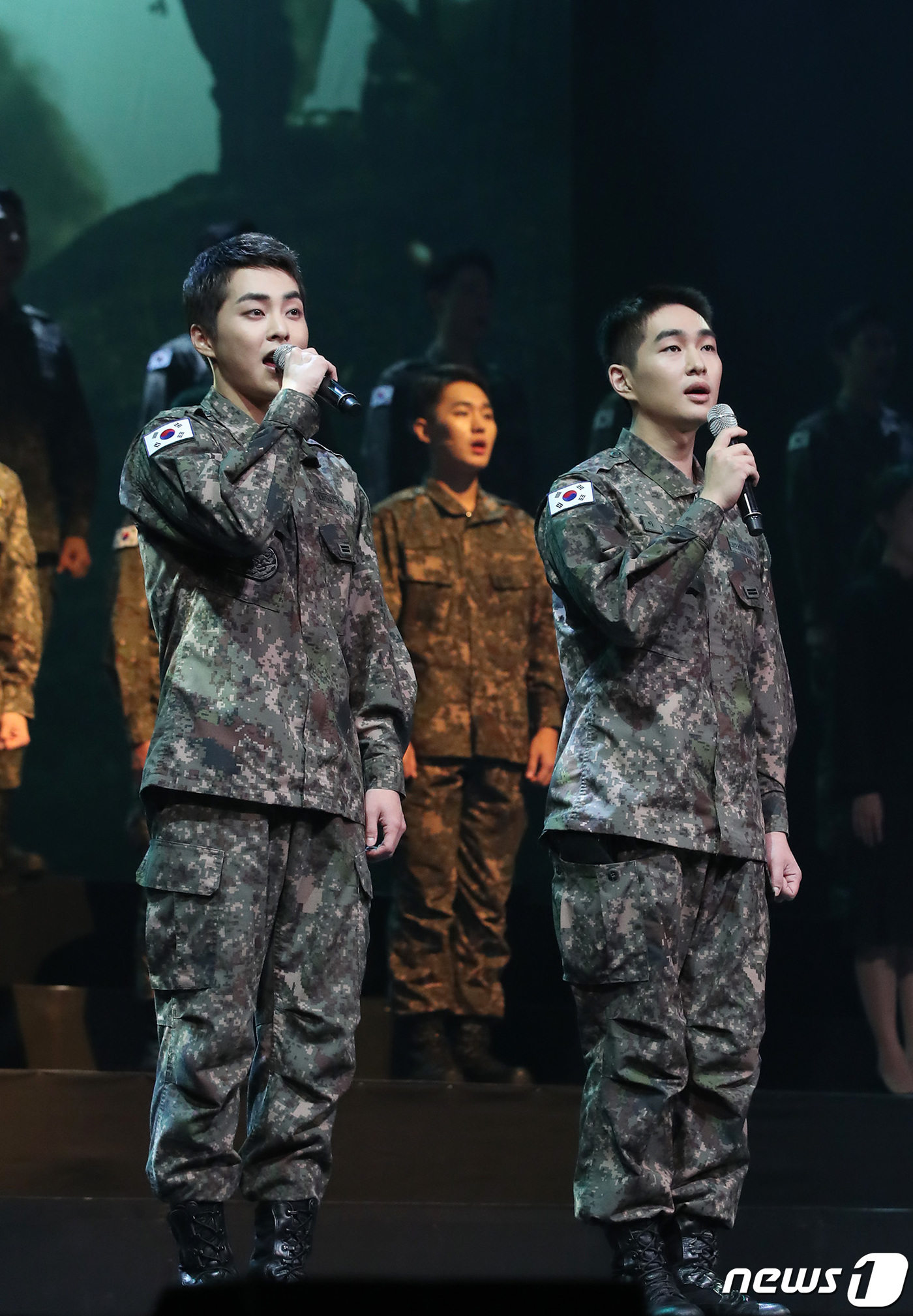 Xiumin explained that Lee Jinki had taught him everything so well that he was able to adjust much easier. 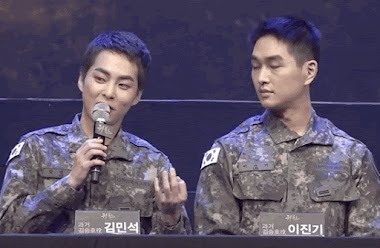 Our Jinki hyung is a senior to me when it comes to age, singing career, military life, and everything.

He kindly taught me every single thing about everything. I depended on him a lot, so I was able to practice and adjust to this lifestyle a bit easier.

Xiumin and Onew have been well known to be close friends even before they enlisted in the military. The two were spotted chatting and laughing with each other on numerous occasions. 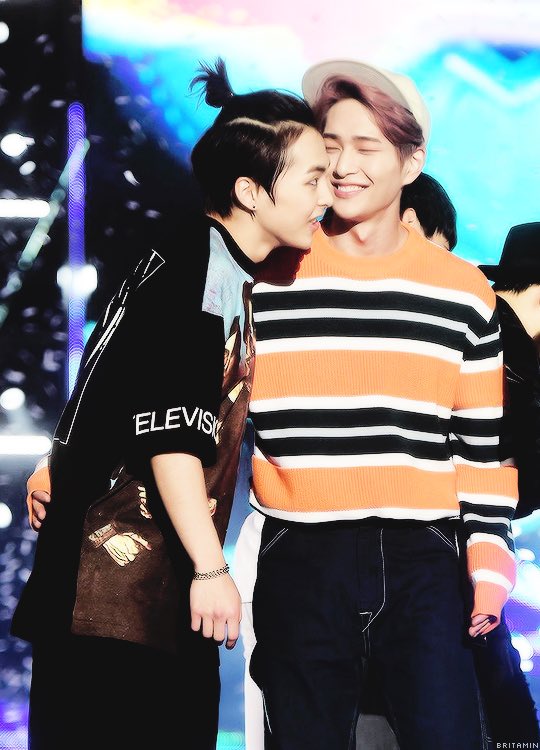 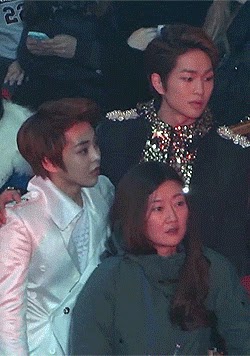 It appears that these two SM brothers’ friendship continues inside the military as well! 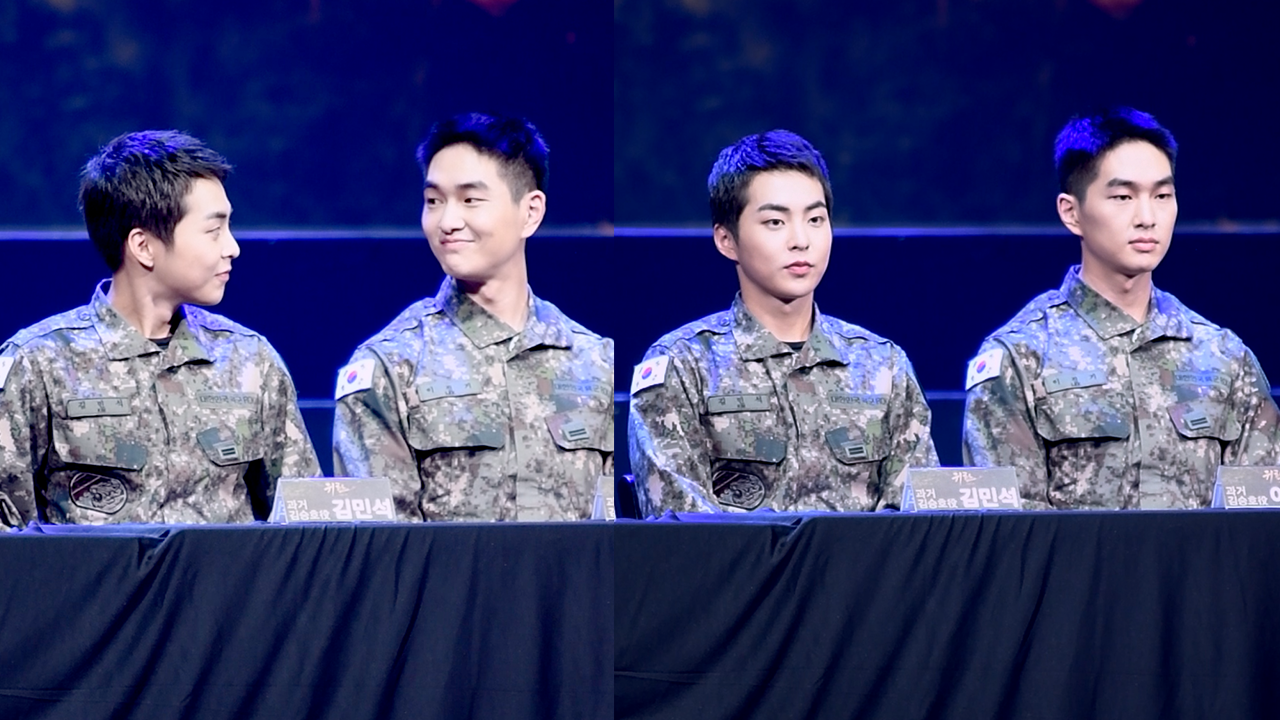 Here’s to more Xiumin-Onew sweet interactions for years to come!

Check out their interview and performance below: