In the released stills, Suho is sitting down for an interview in an impeccably neat suit, and he is staring at someone with a meaningful look on his face. He looks handsome enough to be in a photo shoot, but he also seems too arrogant and confident for the likes of his fellow employees. Oh Chang Suk and Ha Yeon Soo are standing near him with expressions of concern and disbelief on their faces. 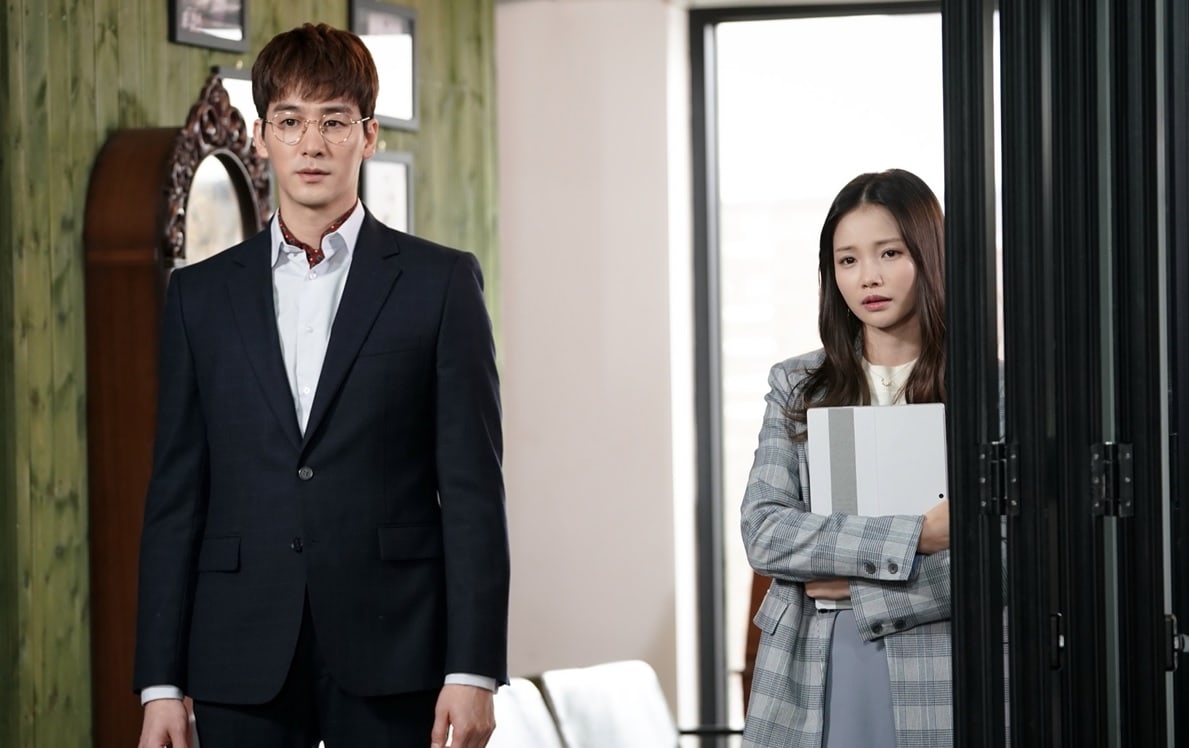 Watch the first episode if you haven’t already!