“Rich Man, Poor Woman” is a remake of the Japanese romantic drama of the same name that aired in 2012. It tells the story of genius CEO Lee Yoo Chan whose one fatal flaw is his prosopagnosia (inability to recognize people’s faces) and optimistic job-seeker Kim Bo Ra who has an extraordinary memory.

In the stills, Suho is being interviewed by a woman about his successful IT company Next In. During the interview, he confidently chose himself as the secret to his success. He looks confident and relaxed, leaning back in his chair while making others around him nervous.

Despite his self-absorbed attitude, women find it hard to ignore his intelligence, skills, and good looks. 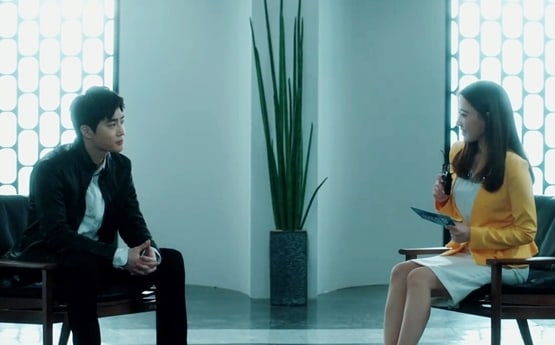 In another set of stills, viewers get a look at the female lead. Kim Bo Ra was ranked No. 1 nationwide in school and was accepted into prestigious universities in Seoul. Despite these accomplishments, she struggled to find employment but overcomes these struggles with boundless optimism.

Her dream job is to work for Next In, but she can’t hide her shock when she runs into Lee Yoo Chan. Although this is her dream job, something she witnessed at the company raised a red flag for her.

The realistic portrayal of her situation will relate to many viewers, and the love-hate relationship between the two leads is expected to make many hearts flutter. 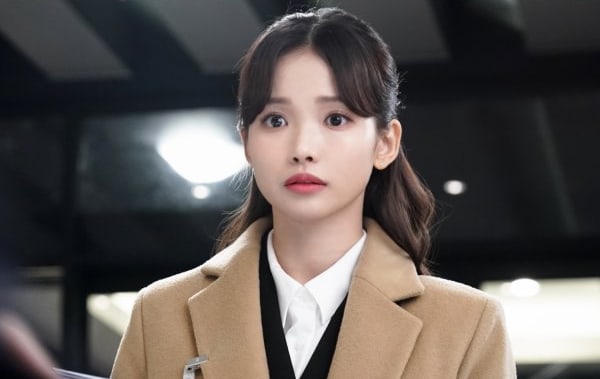 Check out a trailer for the drama below!