It seems that we can look forward to a summer comeback by EXO!

On the April 6 broadcast of MBC Every1‘s “Weekly Idol,” new permanent MC Kim Heechul is given the task of inviting EXO to the show. To find out when EXO would be able to visit their basement studio, he gives a call to his labelmate and EXO’s leader Suho. 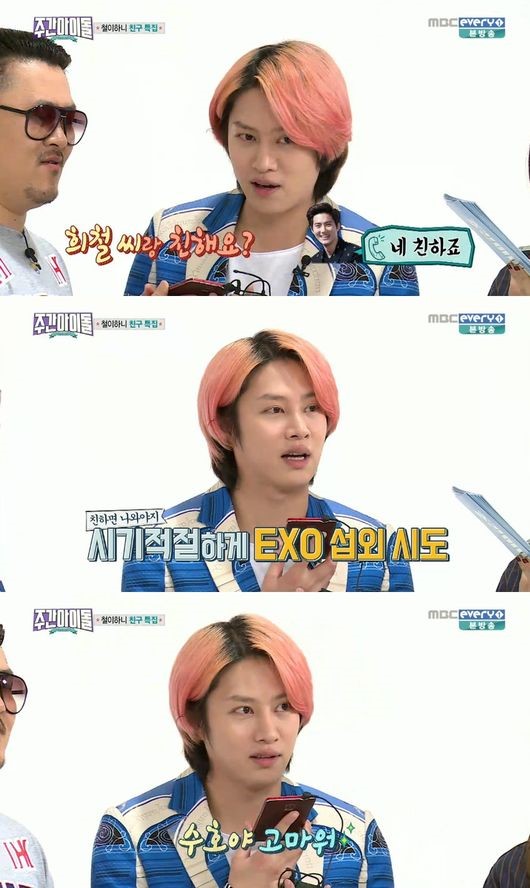 During the phone call, Suho shares a few words about EXO’s plans for a new release. “We’ll definitely appear on the show after making a comeback. It’ll most likely take place this summer,” he teases fans.

Meanwhile, EXO has been busy with concerts and individual activities after wrapping up promotions for their latest mini album “Sing for You” last December.