The upcoming celebrity panel of MBC’s “The King of Mask Singer” is set to be a special Christmas gift!

Suho is said to have made everyone laugh with his guesses that were filled with love for his juniors. Whenever anyone came on stage to perform, he’d keep guessing they were NCT members and said things like, “This is a song NCT would sing!” or “His stature looks like a NCT member!” Because he kept mentioning NCT after every single performance, Ravi turned to him at one point and asked, “Did you come here to promote NCT?” making everyone burst into laughter. 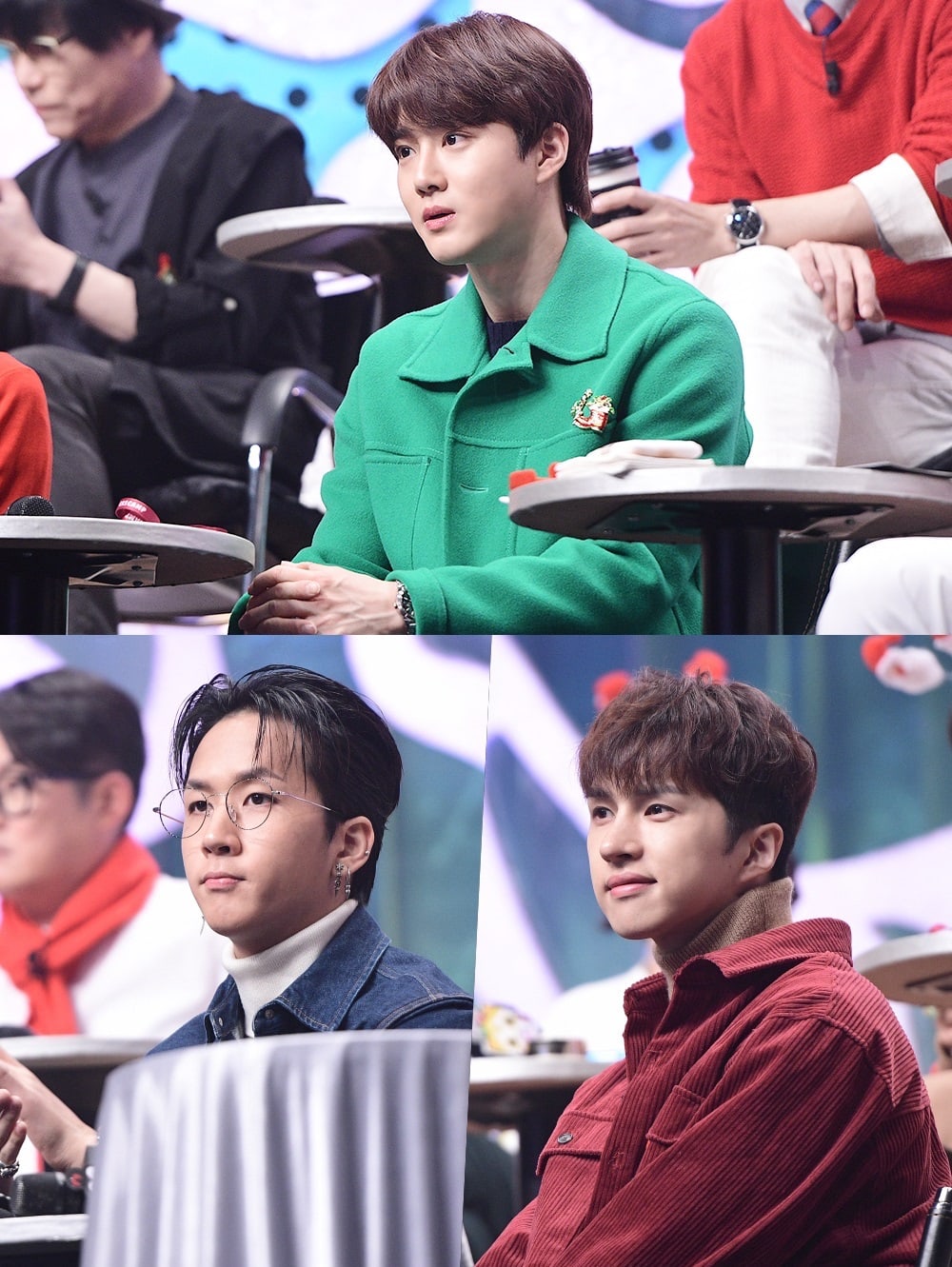 Ken and Ravi brought their experience as former contestants of the show to make educated guesses. Ravi was recently on the show, and he is said to have caught small details of the contestants that others had missed. The two VIXX members also participated in a surprise performance with one of the contestants.

With many wondering if Ken and Ravi will be able to uncover the identities of the masked singers and if there really will be a member of NCT to prove Suho right, the upcoming episode of “The King of Mask Singer” will air on December 23 at 4:50 p.m. KST.