EXO’s Xiumin described his admiration for TVXQ’s Changmin on MBC’s “I Live Alone.”

On the February 1 broadcast, the two idols embarked on a trip to Halla Mountain in Jeju.

Changmin made abalone kimbap with ingredients he purchased at the market the previous day, and the cast expressed amazement at his cooking skills while watching the footage in the studio.

He then headed to Jeju International Airport, where he picked up Xiumin. Han Hye Jin began to smile once her bias appeared on screen.

In his interview, Changmin revealed, “It’s embarrassing for me to say this, but he yearns for me a lot.” Xiumin explained in his interview, “There’s a halo around [Changmin], and he has the aura that fits the name ‘God TVXQ.’ He’s tall, unlike me. He’s also handsome and good at singing. You guys have to see him in real life, although he’s good looking on-screen as well.” 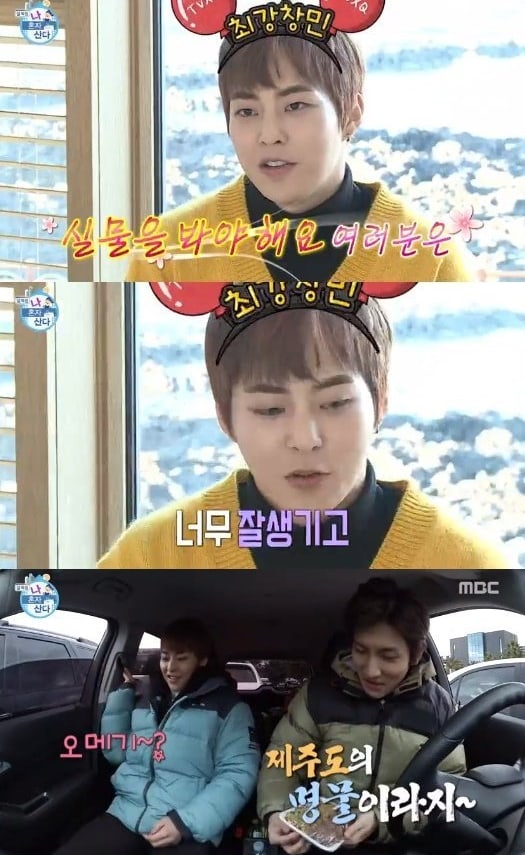 Changmin had purchased rice cakes in case Xiumin was hungry, and they each ate one before heading to the mountain. In the car, Changmin asked Xiumin how he’d been doing, and Xiumin replied, “I saw you the day before yesterday.” Referring to the 2018 MBC Music Festival, Changmin answered, “I saw you, but I was so busy I couldn’t even talk to you.”

Xiumin continued, “You tore up the stage that day,” and Changmin replied with a laugh before bringing up Xiumin’s reaction to the performance that was caught on camera.

Repeating the lyrics from the performance, Changmin said, “I’ll take you to a higher place,” and Xiumin said, “Is that why you’re taking me to Halla Mountain? But wow, you really tore up the stage that day. You know that the junior artists performing afterward felt a lot of pressure, right?” The TVXQ member shyly laughed, told him to stop, then shook his hand.

Changmin then stated, “Han Hye Jin said she’s a fan of you.” With a shy laugh, Xiumin replied, “I saw.” Changmin then called Xiumin “a top model’s one-pick,” and Xiumin joked, “She’s my fan, but she’s [dating] Jun Hyun Moo.”

Back at the studio, Changmin jokingly added, “Think about it. A top model’s one-pick is EXO’s Xiumin, but her boyfriend is Jun Hyun Moo. What kind of relationship is this?” Lee Si Eon commented, “Are you looking down on our member? What’s wrong with him?” and Jun Hyun Moo said with a laugh, “Si Eon, I don’t sense any sincerity.” 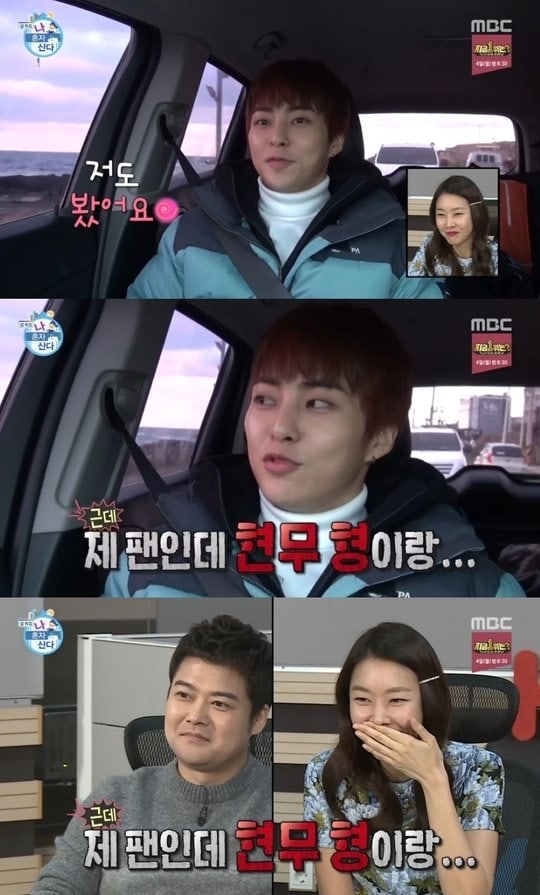