EXO’s Xiumin proved he’s the king of cleanliness once again on MBC’s “It’s Dangerous Beyond the Blankets.”

On the May 17 episode, Xiumin appeared on the show as one of the homebodies on this trip.

After greeting his new temporary roommate Loco, the idol went downstairs to wash up when he became interested in the vacuum cleaner.

He then looked around the house and saw a mess in the kitchen and dining room. In the show’s fall pilot episodes, Xiumin had explained how he gets stressed when he sees a mess and said that his hobby is cleaning.

After looking at the disorganized house, he put aside what he came down for as he created a larger trash can with an empty box and began cleaning right away. Xiumin also put the food that was on the table into the refrigerator so it wouldn’t get spoiled, before neatly rearranging things on the tables.

When he finally entered the bathroom to wash up as originally planned, Xiumin quickly tidied things in there as well. 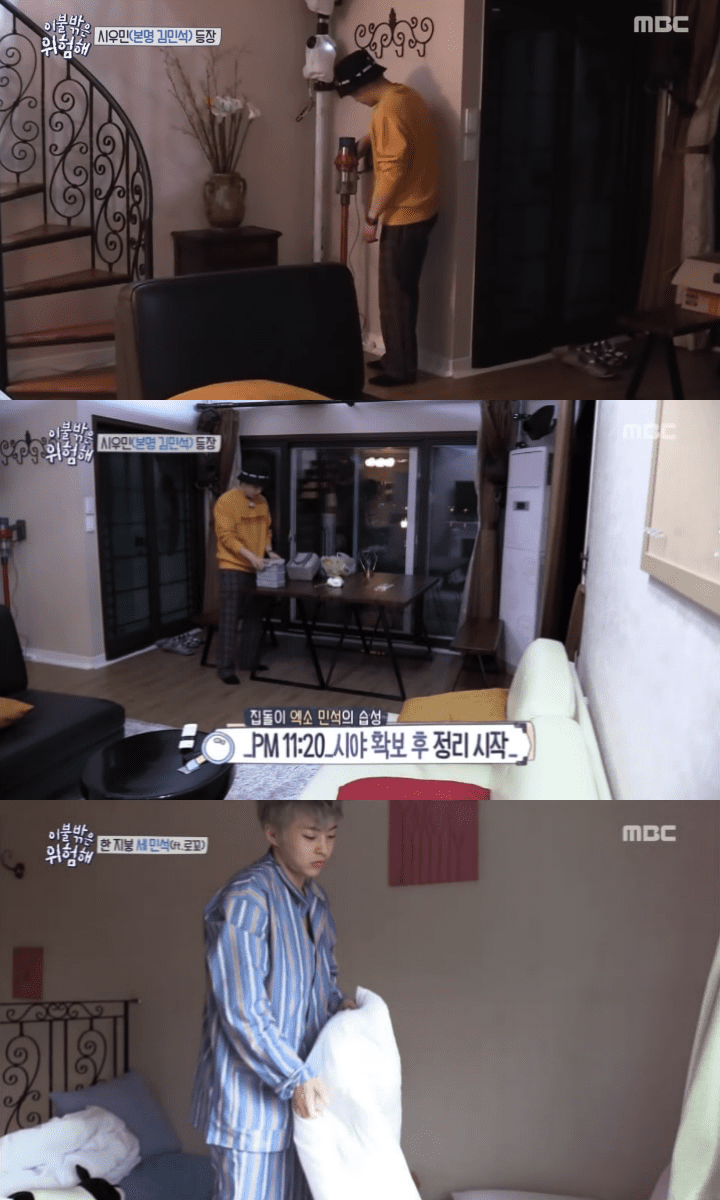 The next morning, Xiumin woke up to the sound of people cooking in the kitchen. As soon as he got up, he looked out the window to observe the landscape before making his bed.

The idol walked downstairs and greeted his new housemates. Walking straight towards the vacuum, he said, “I wanted to try this vacuum,” and began vacuuming right away.

“It’s Dangerous Beyond the Blankets” airs on Thursdays at 11:10 p.m. KST. Watch the latest episode below!