The new film “Extreme Job” is making history at the Korean box office!

As of 8:38 p.m. KST on January 26, just three days after its premiere, “Extreme Job” officially reached a total of 2 million moviegoers and broke the record for fastest comedy film to hit the 2 million mark. The movie was released on January 23, meaning that it took “Extreme Job” just four days to reach the milestone.

Meanwhile, the previous record-holders, “Miracle in Cell No. 7” and “Miss Granny” (also known as “Suspicious Girl”), took six days to achieve the feat.

The new comedy film stars Ryu Seung Ryong, Honey Lee, Jin Sun Kyu, Lee Dong Hwi, and Gong Myung as a five-member squad of detectives who go undercover to bust an organized drug ring. However, things go awry when the fried chicken restaurant that they set up as a front for their investigations becomes unexpectedly popular.

In order to commemorate their achievement, the cast of “Extreme Job” gathered to celebrate with a cute cake decorated to look like fried chicken. 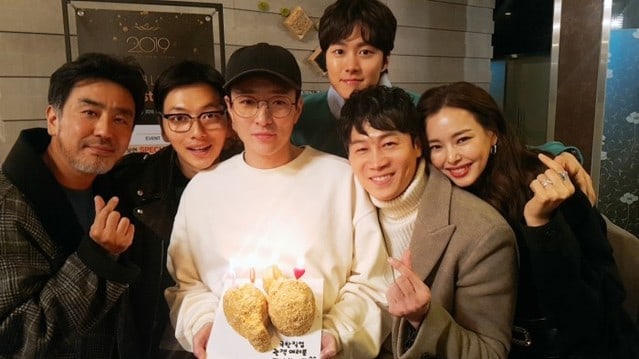