F(x)‘s Luna recently opened up about losing another friend to suicide one month after Sulli‘s passing. 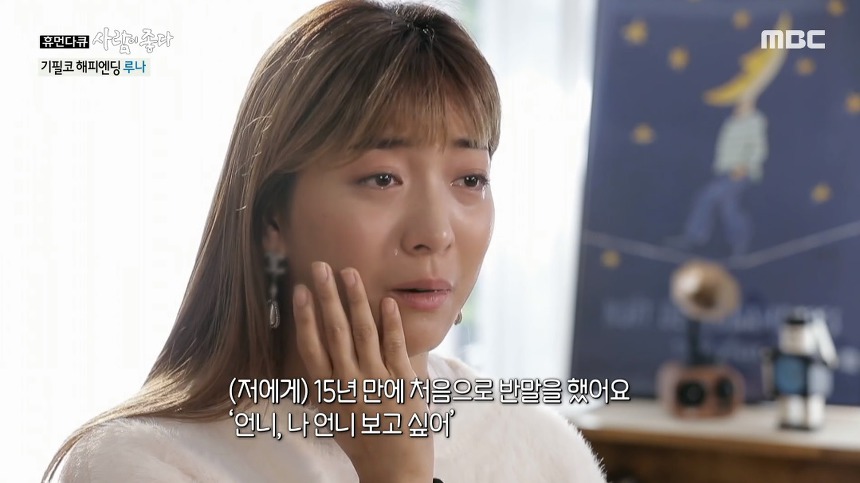 Her friend’s name was revealed to be Lee Ji Eun (Sophia), and several of her pictures were shown during the broadcast unblurred. 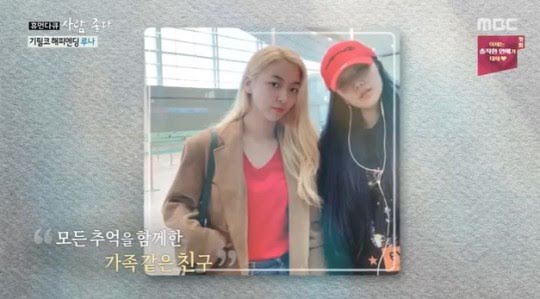 After the broadcast was aired, Lee Ji Eun’s brother took to SNS to address Luna and air his grievances over the attention she placed on his sister, who was a non-celebrity.

Sulli was an entertainer and a member from the same group, while my sister was a private citizen. Why did you reveal her personal details? 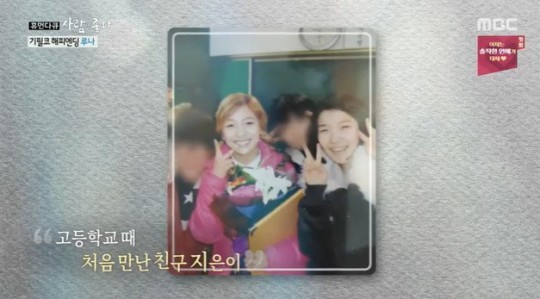 He was upset that Luna did not request permission to talk about his sister on national television.

You should have at least contacted my family to get our permission before filming it. 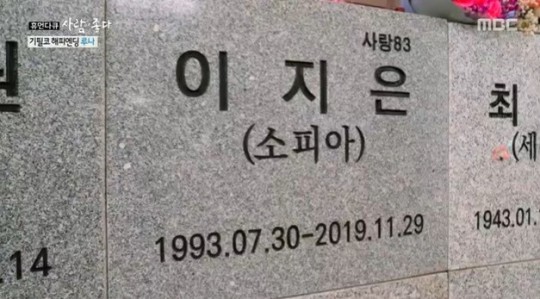 He ended by expressing his anger over Luna’s actions.

I’m really angry, and I can’t understand your attitude. Please don’t use my sister’s death. It was wrong even if it wasn’t intended. 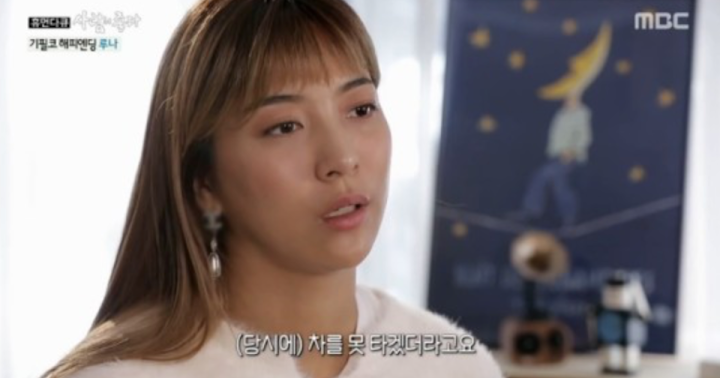 Luna appeared on the March 3 episode of the MBC show Human Documentary People Is Good.

You can read the brother’s full statement below. 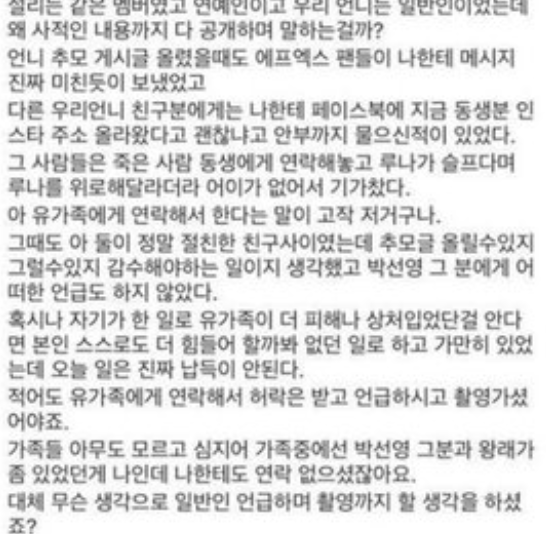