Kim Eana gave her opinion on the best songwriting idols during the February 5 episode of MBC every1’s “Video Star.”

MC Sandara Park began, “According to South Korea’s top songwriter Kim Eana, the top three idols who are the best at writing lyrics are IU, Zico, and BTS.” “IU’s lyric-writing skills have now reached another level,” explained Kim Eana. “Zico has many lyrics about his existence. For instance in ‘ARTIST,’ he speaks as a regular person as well as a celebrity.” 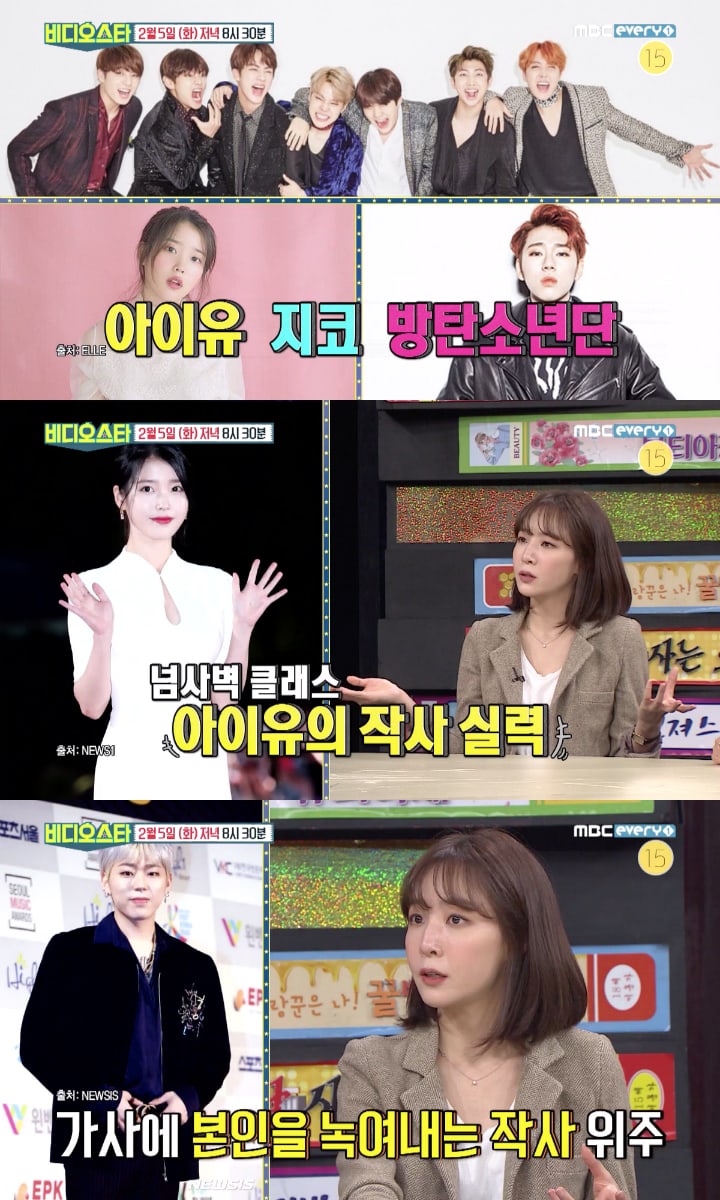 She continued, “As for BTS, many members write together. Usually when many members write their own parts, I can see the ‘cutting point’ that differentiate them. But for BTS, if one person left off here, another person continued here, it flows very naturally. Their teamwork is so perfect and I especially felt that in ‘IDOL.’ It goes from rap to melody to rap to melody. The lines were so smooth that it made me think that their songwriting teamwork is perfectly in-sync.” 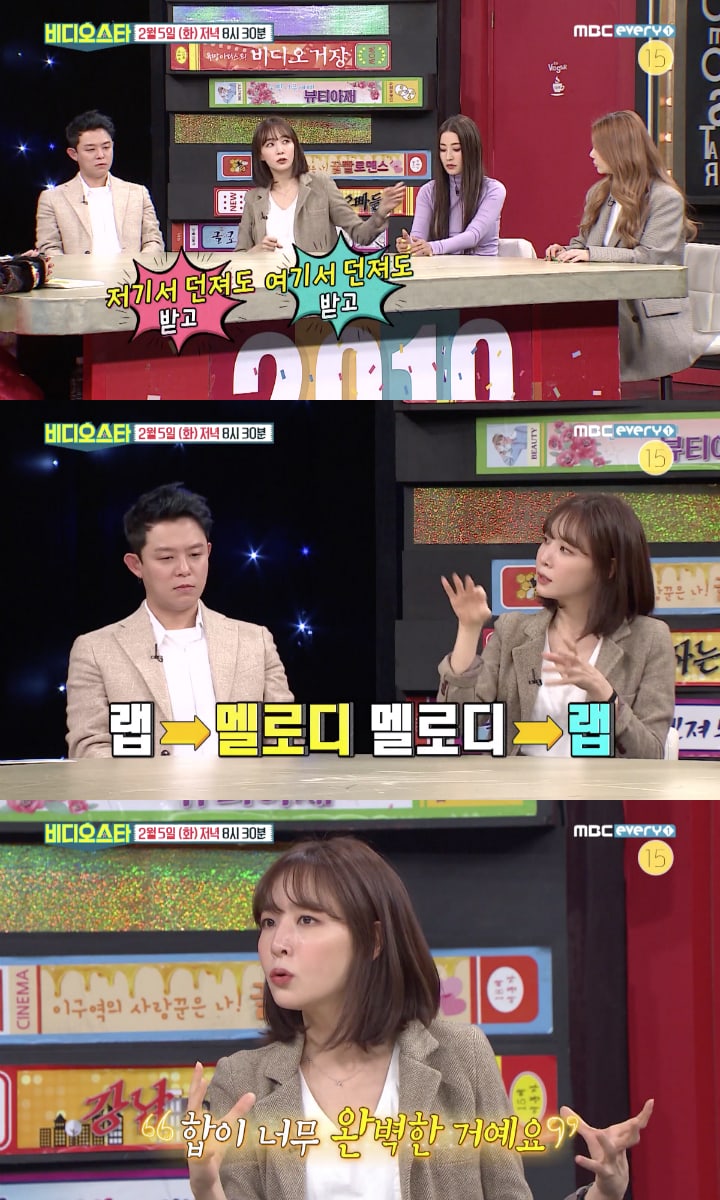