Fans Get Creative For Sunggyu Of INFINITE’s Birthday

On April 28, a post was made on an online community forum about a unique gift fans prepared for INFINITE’s Sunggyu’s birthday.

The post explains how fans transformed a movie theater into a “Sunggyu-themed theater” in celebration of Sunggyu’s birthday. When movie-goers enter the theater, they are greeted with a banner of Sunggyu, along with a pamphlet of his photos. Additionally, Sunggyu’s photos from magazine pictorials are also displayed across a long wall on the way in. 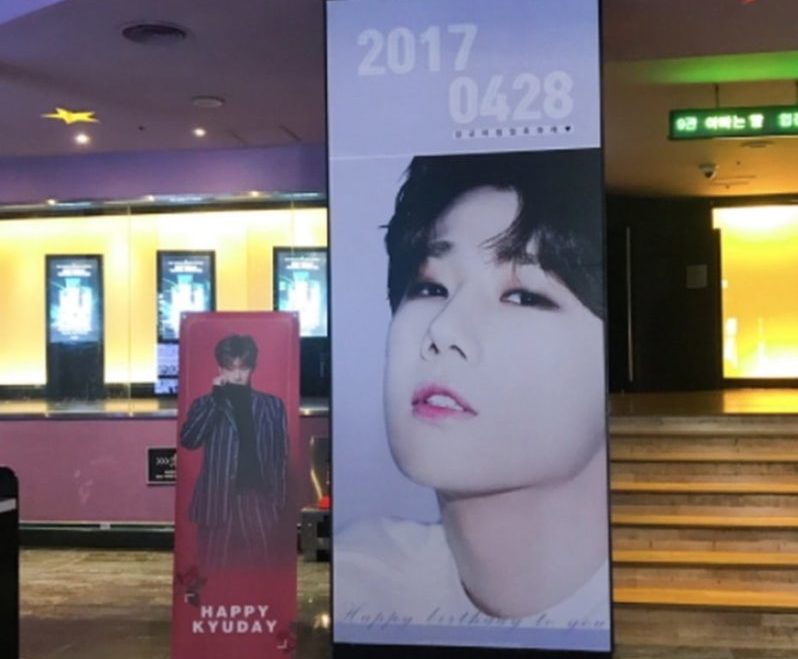 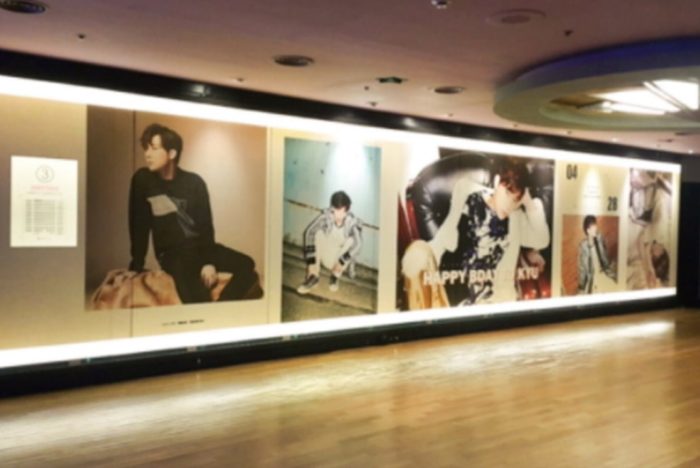 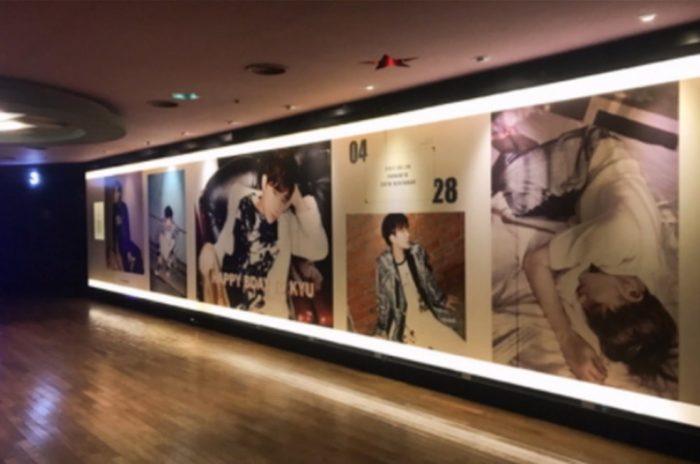 Another meaningful part of this birthday surprise was the message included on movie tickets that read, “Happy Birthday to Sunggyu, who is beautiful like spring flowers. Be happy with Inspirits forever!” 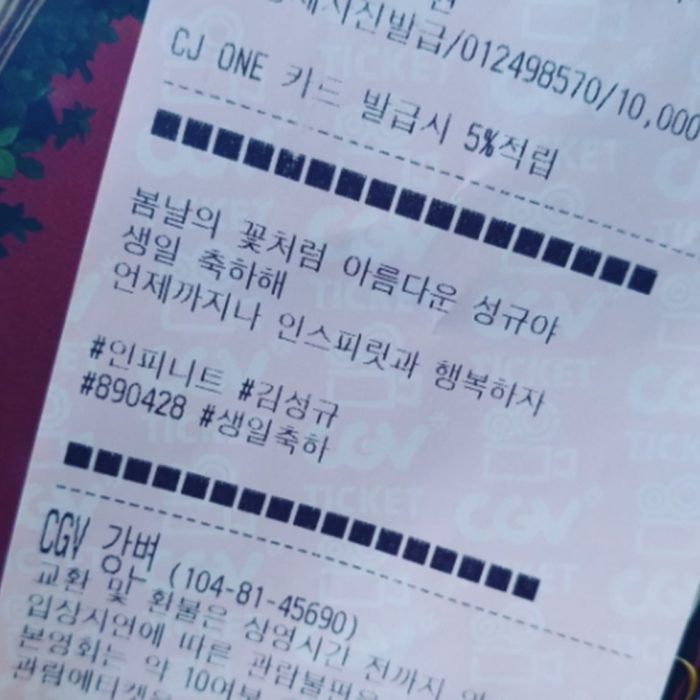 This special “Sunggyu-themed Theater” display can be seen at the Kangbyun CGV movie theater. It started on April 13, and it will remain until April 30.

Meanwhile, last month Sunggyu had to halt all activities due to an injury. It was said that INFINITE originally planned to make a comeback in May 2017, but that has yet to be confirmed as an exact comeback date has not yet been announced.