Fans of the late SHINee member Jonghyun recently commemorated his birthday by making a donation to an LGBTQ youth center.

On April 13, youth crisis center DDingDong posted a notice on their website thanking Jonghyun’s fans, who donated a total of more than $8,000 over the course of two weeks. Fans from over 150 countries donated under Jonghyun’s name as a part of “Jonghyun’s B-day Project.”

According to DDingDong, the donations will be used to fund crisis support programs and shelter for LGBTQ youth.

DDingDong is a 24-hour LGBTQ youth crisis support center that aids and protects teens who identify as sexual minorities. The organization provides them with a safe place where they can rest, eat, sleep, and learn about human rights. 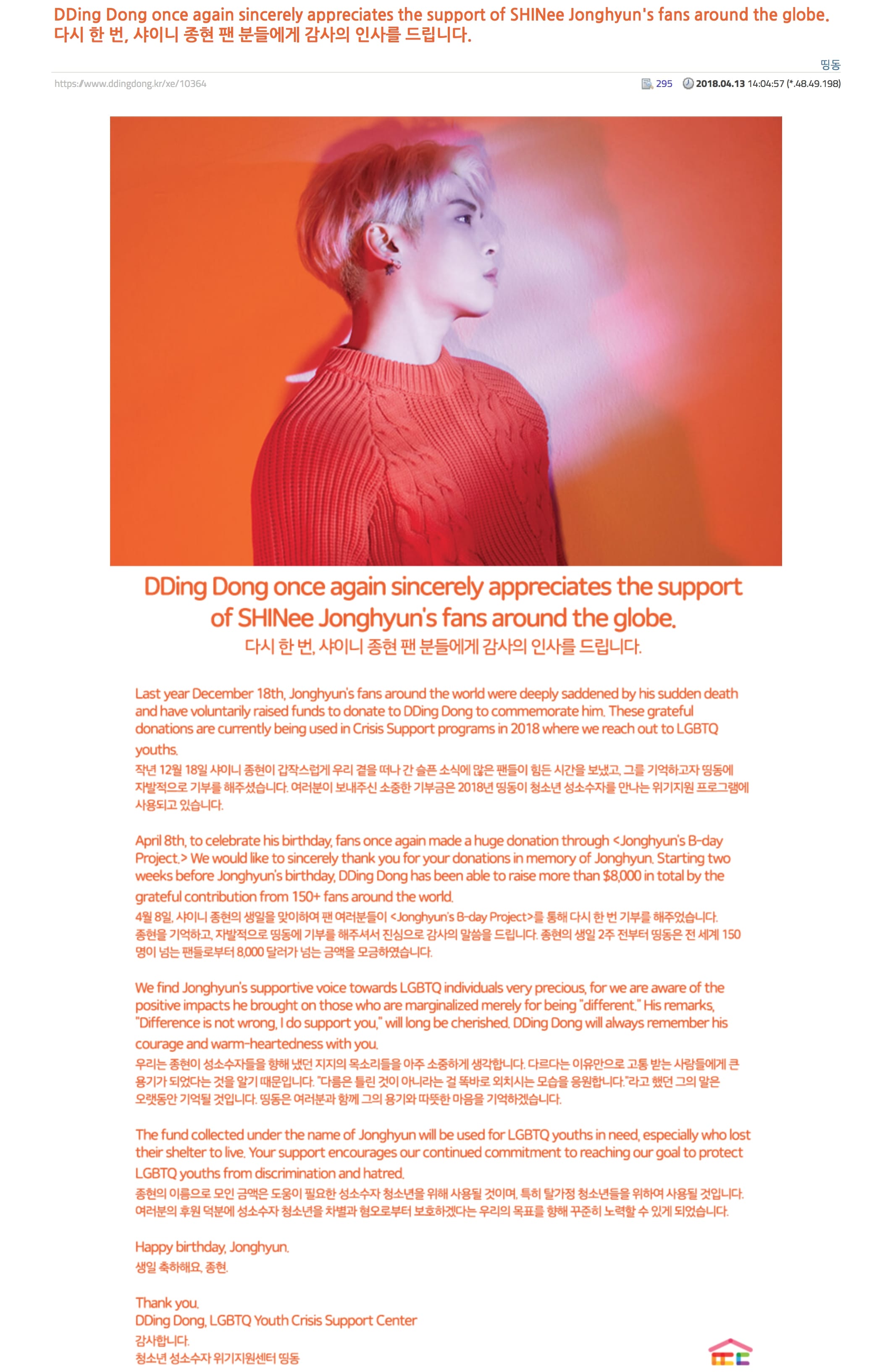