ITZY are currently in America exploring New York. On a recent live broadcast, ITZY showcased the English skills that they have been practising during their stay.

The girls read English comments that international fans were writing during the live broadcast.

One fan made a reference to Avengers: Endgame and Lia exposed herself as a Marvel fan.

But the highlight of the live broadcast occurred when the members revealed that they had given themselves English names.

These names were not official as the girls had just made these names up for fun. 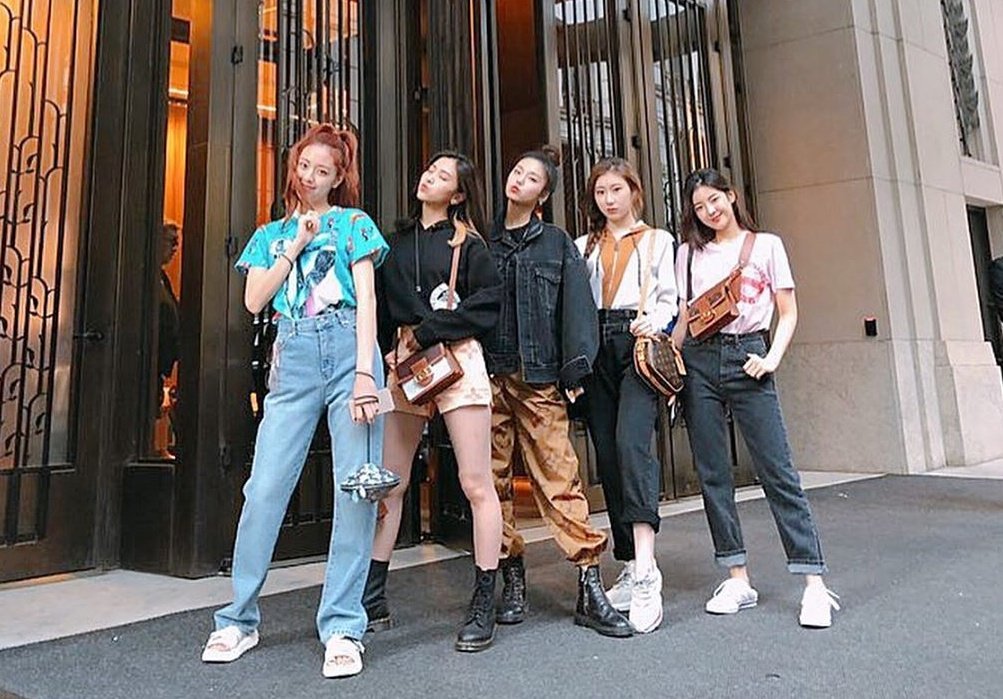 Lia then introduced herself as “Julia” and said that “Lia” was really just a shortened version of Julia anyway. She also commented that it made her sound like a princess. 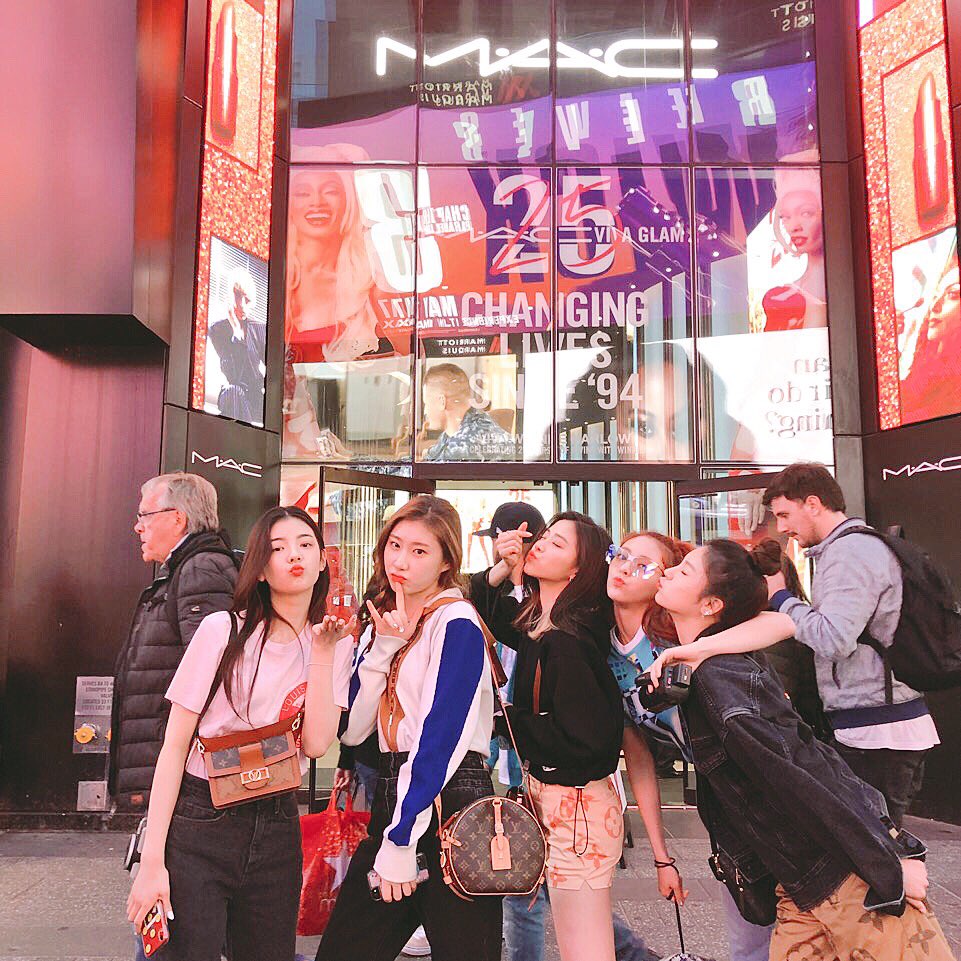 Yuna gave herself the unusual first name of “Hussey”.

However, some fans thought she was saying José but she explained that she took it from the actress Olivia Hussey who portrayed Juliet in the 1968 film version of Romeo & Juliet.

English names that ITZY made just for fun

Lia -> Julia
Lia: My name Lia was from Julia, introducing myself as Julia… doesn't it sound really princess like

Chaeryeong was embarrassed about revealing her name. However, when Lia pointed out that there was no way she could get more embarrassing than “Hussey”, Chaeryeong revealed her English name as “Judy”.

She explained that she had been calling herself “Judy” since she was much younger, hence why it was a bit embarrassing to reveal. 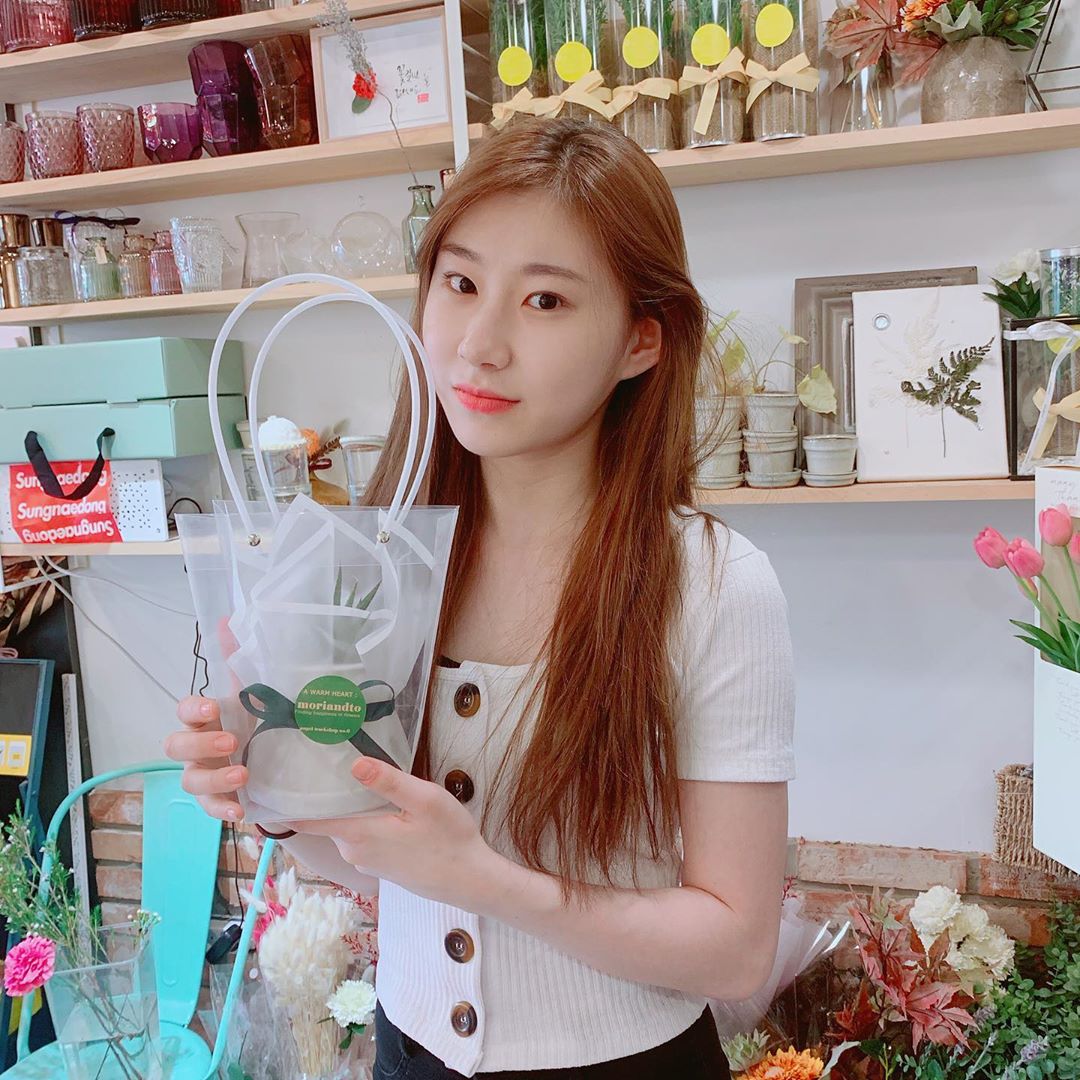 Last was Ryunjin who did not seem enthusiastic about revealing her name. Needless to say, fans consider her English name just as bad as “Hussey”.

"hello my name is joanne"

The energetic dancer somehow ended up with the English name “Joanne”.

Following this, the other girls teased Yuna for picking such a strange name as “Hussey”. Chaeryeong asked whether Yuna meant haksaeng or student.

But this teasing was not as savage as that from fans watching the live broadcast.

Yuna read out one particular comment in perfect English.

They are all someone’s grandma’s names

Chaeryeong was not impressed with this, exclaiming “Who are you? Hey!” and the other girls looked pretty embarrassed.

someone called itzy grandmas because of their english names and chaeryeong was NOT having it pic.twitter.com/UWmfUZyZWC

Ok Joanne and Lucy can grow on me but Judy?? JOSÉ??? YUNA AND CHAE WGAT ARE YOU THINKING????

In particular, they have been targeting Ryujin or “Joanne”.

i know this bitch ryujin did not just name herself after a fucking soccer mom who supplies sliced apples for her kids team… JOANNE… pic.twitter.com/j4oQpD0F12

But regardless of what their English names are, fans of ITZY will always be supporting Judy, Joanne, Julia, Lucy and Hussey.