“Fates and Furies” is an upcoming weekend drama about the complicated and intertwined relationships of four individuals. The drama will tell the story of a woman who loves a man in order to change her fate, the man who falls in love with her thinking she is his fate, another woman who is set on winning him over, and another man who is filled with fury and revenge as he tries to get that woman back.

The newly released photos capture an intense moment between Cha Soo Hyun (played by So Yi Hyun) and Goo Hae Ra (played by Lee Min Jung). In the first photo, Cha Soo Hyun has her arm raised and is ready to slap Goo Hae Ra in the face. Meanwhile, Goo Hae Ra shows off a cold gaze as she glares fiercely at Cha Soo Hyun.

In the next photo, Tae In Joon (played by Joo Sang Wook) grabs Cha Soo Hyun’s arm to stop her and protect Goo Hae Ra. He then looks on with clenched fists as Cha Soo Hyun walks away from the group with an unreadable facial expression. 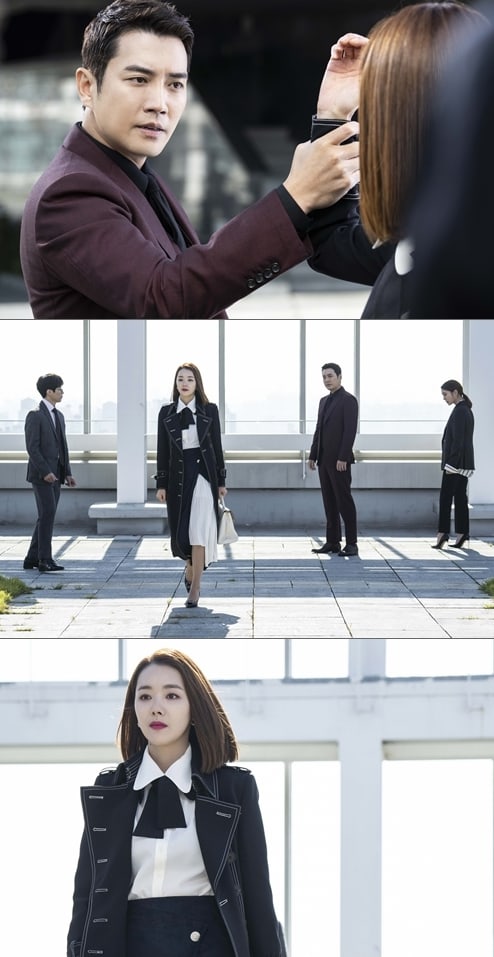 The producers of “Fates and Furies” commented, “Tae In Joon is currently engaged to be married to Cha Soo Hyun in order to secure the owner position of [his company] Gold Group. However, both his heart and his plans get shaken up after he meets Goo Hae Ra. These four photos depict his situation.”

“Fates and Furies” premieres on December 1 at 9:05 p.m. KST and will be available with English subtitles on Viki.

Check out the teaser for the drama below!