Fei And T-ara’s Hyomin Talk About Their Dating Styles

On the February 21 broadcast, the two celebrities spent their day together and got to know each other.

Hyomin and Fei ate dinner and found something they had in common while talking about their dating styles. Fei asked Hyomin if she had ever had a crush on someone, and the T-ara member answered, “Yes I have. I couldn’t say anything to him for six months. I followed him around at the academy and secretly looked at him.”

She continued, “In the end, I approached him and we dated. I wasn’t able to express how I felt, but then we naturally dated a year later. I can’t remember how we met. When I think that someone likes me, then I began to actively pursue them.” Agreeing with Hyomin, Fei said, “If I feel like the other person doesn’t have feelings for me, I also stop liking them. I don’t like to get hurt. But if the other person likes me, then I also speak honestly.”

The two singers burst into laughter after seeing their different styles of packing. Hyomin was a minimalist, while Fei was a maximalist and brought a lot of things to the dorm. They headed to the hotel after unpacking and continued to have more candid conversations about their careers. Fei asked Hyomin to choose between singing and acting, and Hyomin replied, “That’s so hard.”

Fei said, “In the past, I definitely would’ve chosen singing because I hadn’t tried acting. Singing is a job where you show yourself, while acting is the complete opposite and you have to let that go. At first, that was uncomfortable, but now that I’ve tried acting, I think it’s really fun. So I can’t decide anymore.” 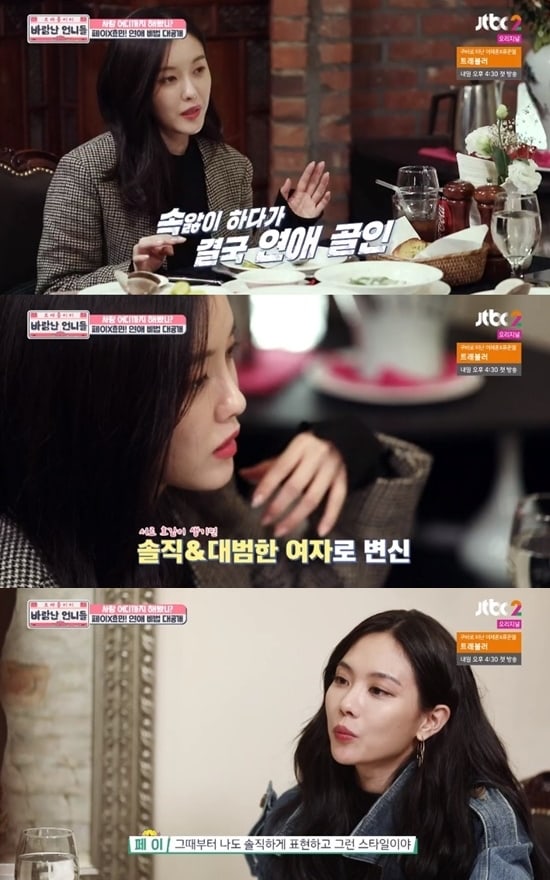 “Sisters” airs on Thursdays at 8 p.m. KST on JTBC2. In the meantime, start watching Fei in “Shall We Fall in Love?” with English subtitles now!