On April 13, JTBC unveiled new stills for “Strong Woman Do Bong Soon” that are causing quite a stir.

The latest stills show a second drinking battle between to two male leads. However, this time around, Park Bo Young’s character has resolved her feeling towards Jisoo’s character and is currently dating Ahn Min Hyuk, played by Park Hyung Sik. 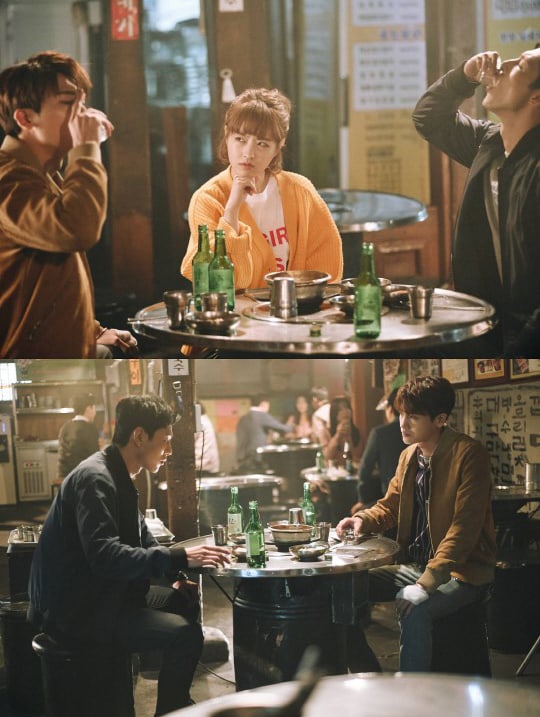 A source from the show commented, “It’s not over until it’s over. It will be fun for viewers to see how the characters’ dynamics have have changed since the first drinking battle and how the trio will work together in the end,” foreshadowing that the trio will come together to catch the villain of the show once and for all.

The last two episodes of “Strong Woman Do Bong Soon” will air this weekend on April 14 and April 15.

Meanwhile, check out the first episode of “Strong Woman Do Bong Soon” on Viki!