Former figure skater and current YouTuber, Baek Se Bin is making waves for her most recent YouTube video. Dressed in a gorgeous hanbok, the figure skater shows off her elegant moves while skating around, surrounded by beautiful nature.

Baek Se Bin can be seen skating to the Korean anthem, “Arirang” making the figure skating routine even more heartfelt.

The combination of the gorgeous pale blue and white hanbok, with the heart-wrenching anthem makes this entire video that much more beautiful.

Netizens couldn’t help, but be in awe of her stupendous routine and shared their thoughts on the video. 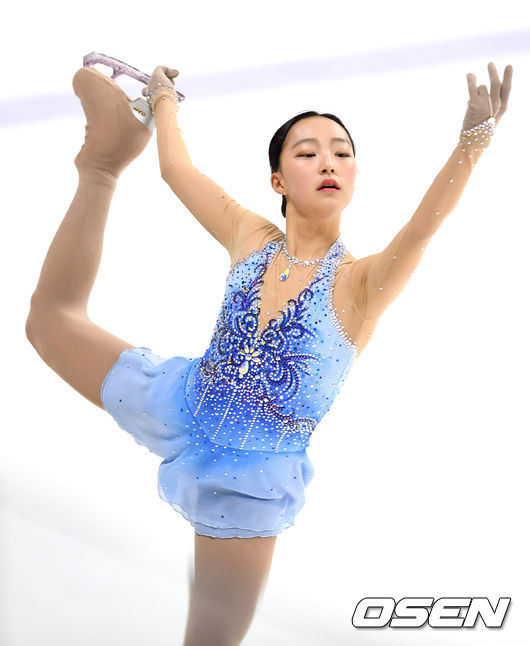 Baek Se Bin once competed as a figure skater before she was forced to go on an indefinite hiatus due to an ankle injury. While she never officially retired, she tore 4 ligaments after a bad landing during one of her routines. She was forced to go on an extended break to focus on recovery, which eventually led to her unofficial retirement. The former figure skater admits that she still practices and has learned more skills than she did back when she was an active skater. She shared, however, that she has fears about returning to the industry, which is why she hasn’t done so. Baek Se Bin hasn’t fully given up on figure skating, as she still remains active as a coach to this day.

She may not be skating competitively anymore, but we are so grateful that she is making content with her remarkable talent. You can watch the entire figure skating routine by Baek Se Bin down below.