Filipinos love K-Dramas—so much so, in fact, that we often make our own versions of the most popular ones. Of course, all adaptations make sure to add their own Pinoy spins to appeal to the Filipino audiences.

Check out some of the most iconic remakes below!

Among the first Filipino K-Drama remakes was Ako Si Kim Samsoon (I Am Kim Samsoon) which was released in 2008. Regine Velasquez plays Kim Samsoon Buot, a pastry chef who applies for a job in the restaurant of Cyrus Ruiz (Mark Anthony Fernandez). He eventually offers her a contract where she pretends to be his girlfriend.

As Pinoys know very well, one hallmark of a Filipino Drama is the emphasis on comedy. Ako Si Kim Sam Soon stood out from the K-Drama it was based on with its dramatic singing and mainstream jokes added in the middle of the episode.

Another example of a K-Drama remake was the Filipino version of Coffee Prince. Gong Yoo‘s role was taken over by actor Aljur Abrenica, playing the heir of a coffee company (Arthur Ochoa) who is originally in love with his brother’s girlfriend. He meets his match in the form of Kris Bernal (in her character Andy Gomez), a hardworking girl who pretends to be male while working in Arthur’s coffee shop.

Philippine-style humor was sprinkled all throughout the show. The opening scene alone appealed to the masses, with the two main characters meeting in a beauty pageant surrounded by other small-time beauty queens with the funniest Q&A responses.

Full House is a romantic comedy based on the classic K-Drama of the same name featuring Song Hye Kyo and Rain. The Filipino adaptation similarly follows Jessie Asuncion-Lazatin (played by Heart Evangelista) as she meets actor Justin Lazatan (played by Richard Gomez) on a plane, eventually living together in the “Full House.”

It was one of the shows that solidified Richard Gomez and Heart Evangelista as top actors in the Philippines.

Lovers In Paris is a record-breaking K-Drama that aired in 2004 via SBS. Philippine network ABS-CBN made its own version of it five years later, calling it the “most awaited Asian novella remake of 2009.” It stars KC Concepcion as Vivian Vizcarra, a student in Paris who works for Carlo Aranaz (Piolo Pascual), a successful businessman who hires her to pose as his fiancé.

Based on a 2003 K-Drama of the same name, the Tagalog Stairway to Heaven is a romantic series that was broadcasted six years after its South Korean counterpart. Actor Dingdong Dantes took on the role of Cholo Fuentebella while Rhian Ramos was Jodi Reyes, childhood friends who reunited after a tragic incident tore them apart.

Kim Chiu and Gerald Anderson were still a “love team” in the 2008 Filipino adaptation of My Girl. The former played the role of down-on-her-luck Jasmine Estocapio while the latter was the successful Julian Abueva. Their feelings for each other grew as they pretended to be long lost cousins to fulfill the final request of Julian’s grandfather.

7. Descendants of the Sun

Finally, the most recent K-Drama remake that made headlines in the Philippines was Descendants of the Sun. It features Dingdong Dantes in Song Joong Ki‘s role as the charming and strong Lucas Manalo and Jennylyn Mercado in Song Hye Kyo’s role as the headstrong doctor Maxine dela Cruz.

They gave it a Filipino touch with its set locations and jokes—such as when Maxine gave Lucas a mosquito coil, something that surely wouldn’t be amiss in a Pinoy household—while keeping the best scenes from the original. 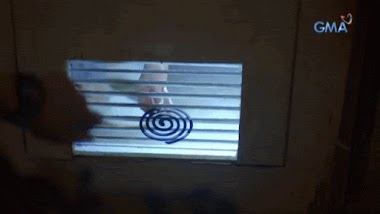 When it comes to K-Drama remakes, Filipinos have many iconic ones!