Film Review: “My Brilliant Life” – A Refreshing Portrayal Of Family That Will Move You To Tears

Without catering to the cinematic clichés that sometimes accompany films surrounding terminal illness, “My Brilliant Life” successfully treats its audience to a surprisingly raw and refreshingly honest portrayal of one family’s love for each other amidst unique circumstances. 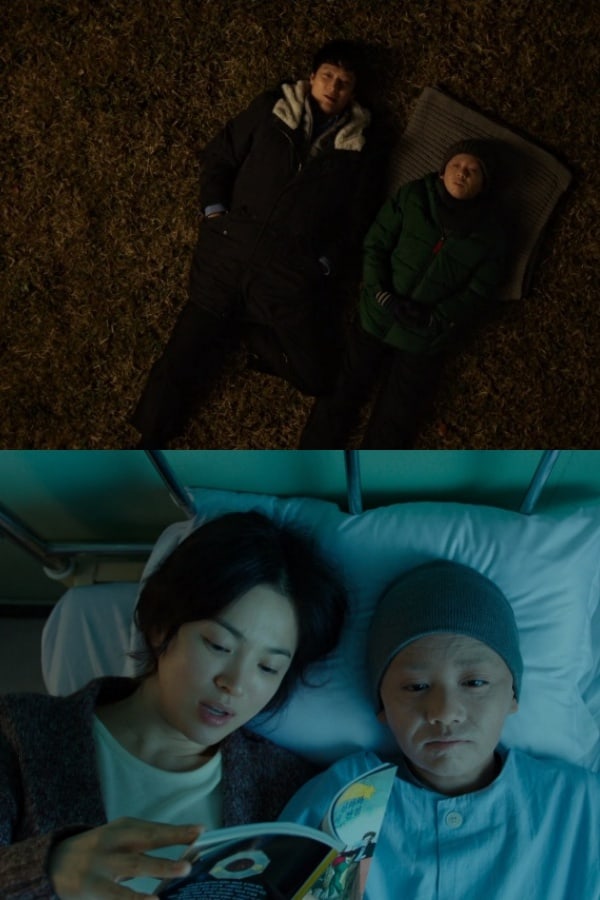 Based on the bestselling novel “My Palpitating Life” by Kim Ae Ran, the film’s protagonist is a 16-year-old boy named Ah Reum, played by Jo Sung Mok, who showcases a maturity and talent far beyond his young years. Ah Reum is not a typical teenage boy; he has progeria, which is a rare, fatal genetic condition characterized by accelerated aging. Ah Reum knows he doesn’t have long to live, and puts his memories and thoughts into a document on his laptop entitled, “Cosmos.”

With such a stellar young actor as the film’s protagonist, it only makes sense that director E J-Yong sought Song Hye Kyo and Kang Dong Won to play Ah Reum’s parent’s, Mira and Dae Su, respectively. Mira is spunky and outspoken, which makes her dynamic with Ah Reum’s father, the fun-loving and carefree Dae Su, extra adorable and hilarious. The two met when they were 17, got pregnant, and ran away from their unhappy families to start their lives together.

Because of the sheer excellence of this film, picking its best elements is not an easy task, but we’re going to give it a shot. Below are just a few of the reasons I 100 percent recommend “My Brilliant Life” to viewers – to watch again and again (…and again).

Even though his body is old, frail, and failing him, Ah Reum’s mind is bright and young, and loves living. He reads and writes constantly, retaining information that he fully knows he may never have the chance to use. He finds joy in the smallest, most seemingly insignificant things that the majority of the world would overlook in a heartbeat. 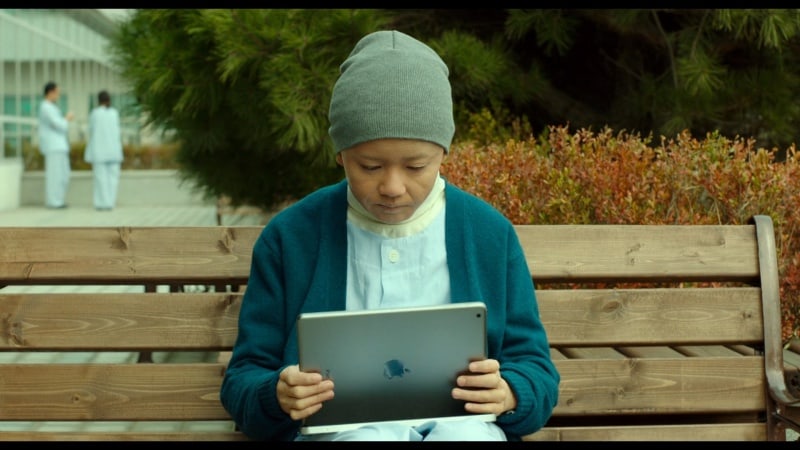 During his conversations with an online friend, he is asked what makes him want to keep on living. His reply speaks to his pure character, intelligence, and unique view of the world:

“When do I want to live? When I see fleecy clouds in the blue sky…when I hear kids’ laughter, I want to live. On a clear day, when I smell sun-dried laundry with my mom….When I see the gruff shopkeeper cry like a girl while watching a soap opera….When I hear a granny calling out to her grand kids for dinner….When Mom splashes cold water on Dad’s back in the summer….When I see Venus moments after sunset with my dad….When I see blinking lights of airplanes on their night flight, I want to live.”

(Thank you, That Brilliant Summer Team, for the translation!) 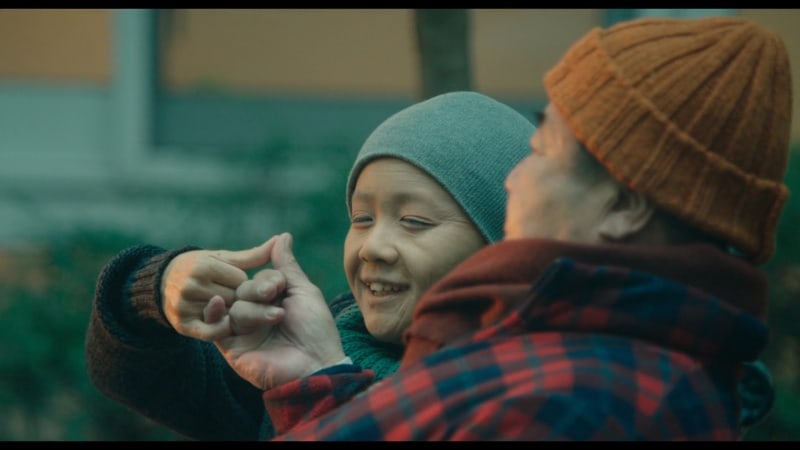 His optimism is inspiring and the delightful teen will worm his way into your heart before you know it!

Similarly to the young actor who plays Ah Reum, I cannot accurately verbalize the breathtaking acting skills that Kang Dong Won and Song Hye Kyo showcase in this movie; it’s utterly magical. And as impressive as their individual skills had to be for these roles, their chemistry as a couple is one of the most important cruxes of the film.

The way they portray these characters, it’s completely believable that these two fell in love (and were forced to grow up quickly and suddenly) at such a young age, essentially raising themselves as well as their child. Putting aside their youthful dreams, they worked hard to make a life for themselves and their baby. Beneath the romantic love they obviously have for one another is a weathered, raw love forged from years of friendship through thick and thin.

In a particularly touching moment for the couple, after an uncharacteristic outburst from the hurting Ah Reum, Dae Su heads to the hospital stairs to be alone and cry it out. Mira finds him there and sits next to him, patting his back and holding him as he cries. Not once does she utter a word. The moment is so special because of how much is communicated between the two without anything ever being said. The silence, in this case, speaks volumes about their love for one another. 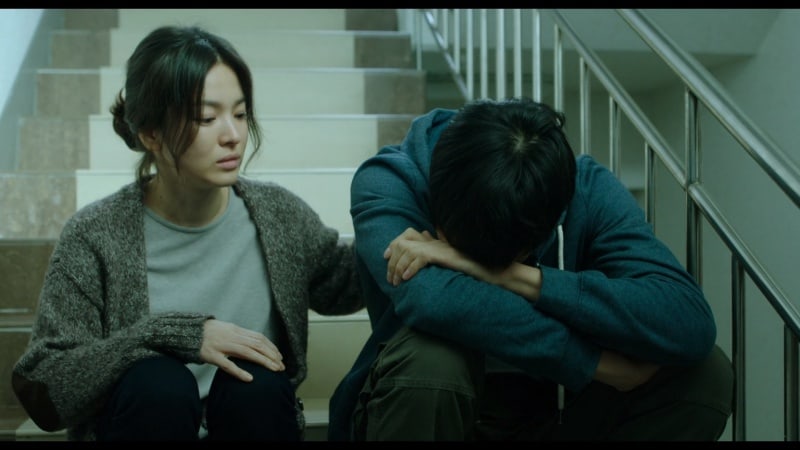 I’ve used the word “love” numerous times in this review, because ultimately, “My Brilliant Life” is a love story. It’s Ah Reum’s love story with his mother and father as well as his parents’ love story. When outside forces threaten to upturn our leading family’s chance for peace and happiness, they cling to each other stronger than ever. 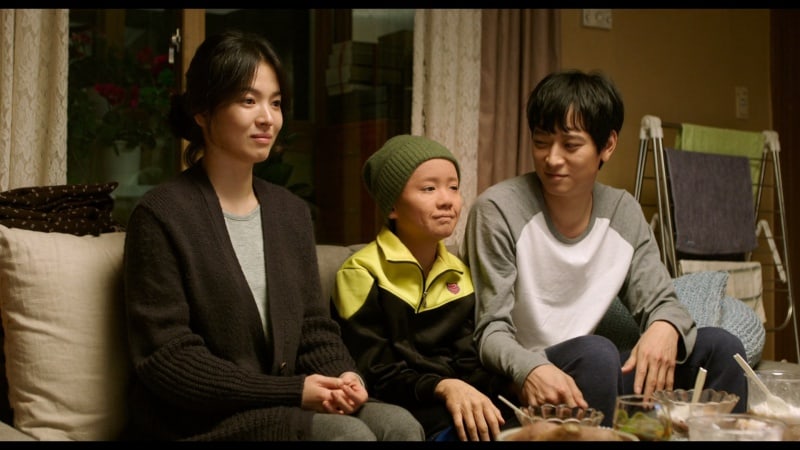 The love between fathers and sons is a prominent theme in the film, as we see when comparing Dae Su and Ah Reum’s friend-like father-son relationship to the relationship Dae Su has with his own father (played by veteran actor Kim Kap Soo). While the two do not share a ton of screen time together, the scenes they do share are powerful.

As a teen, Dae Su runs away from home after his father angrily slaps him repeatedly for getting Mira pregnant. Dae Su’s tendency to be buddy-buddy and often goofy with Ah Reum (rather than an authoritarian type of father figure) could be in part due to his young age – but is undoubtedly largely because of his severed relationship with his own father, whose tough exterior is so unlike Dae Su’s tender and happy-go-lucky spirit. 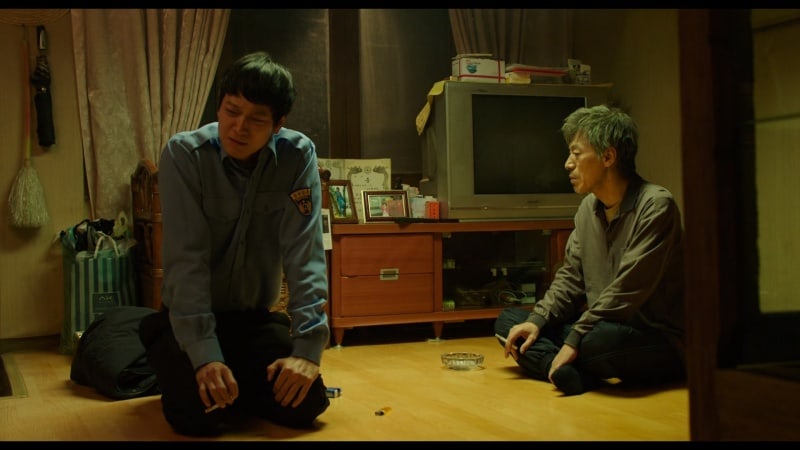 However, as we witness later in the film, Dae Su’s father has a quiet, underhanded way of showing his son that he still loves him. The scene when Dae Su realizes this – after everything seems to be hopeless and crumbling around him – is especially beautifully shot and acted.

Without warning, “My Brilliant Life” sucks viewers in for a well-rounded, emotionally compelling watch, which – at the end of its run – leaves you with the utter and complete satisfaction that can only come at the end of a truly great film.

At the risk of sounding calloused and perhaps even insensitive, I began watching the film fully expecting another predictable family drama – nice to watch once, sad at times, maybe a tear shed here and there.

I’m pleased to say that I was completely and utterly wrong. “My Brilliant Life” touched me in a way that no movie has in a very, very long time. It’s a perfect mesh of phenomenal writing, ingenious directing, and outstanding acting – along with killer cinematography and a gorgeous music score. 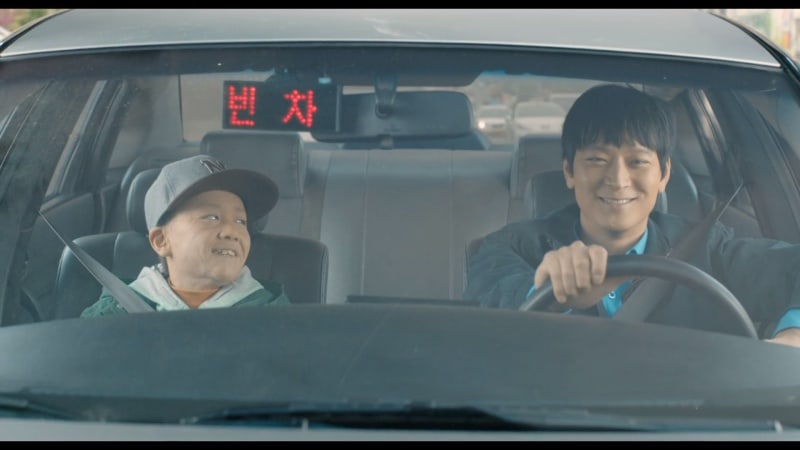 If any reader is unsure whether or not to watch the film, let me urge you in the right direction: go for it! It’s a two thumbs up from me – or, it would be…if I wasn’t using my hands to wipe away the streaming tears.