If you like exciting, action-packed films, then look no further: “The Outlaws” is the perfect crime movie to keep you on the edge of your seat. With fights and gang politics galore, “The Outlaws” is a fast-paced, mildly violent watch that asks little of viewers except that they sit back and enjoy the ride. Based on the true story of the 2007 “Heuksapa Incident,” the film follows Ma Seok Do (Ma Dong Seok of “Train to Busan”), a no-nonsense cop who works to maintain some semblance of peace among Chinese-Korean gangs in Garibong, a local Chinatown district of Seoul.

Life for Seok Do becomes more interesting when Jang Chen (Yoon Kye Sang) arrives in town from China. Initially working as a loan shark, Jang Chen lends money and collects debts from gang members in Garibong — or cuts off their limbs, if they are unable to pay up. 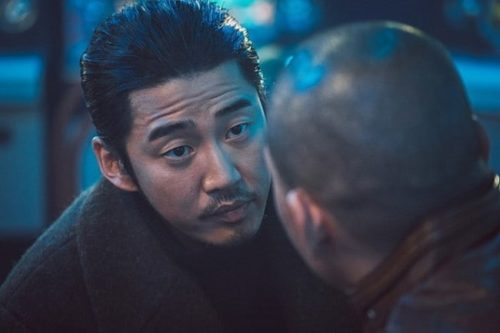 With his brash actions and brutally violent methods, Jang Chen stirs up trouble in the gang world, attracting the attention of local gang bosses and policemen alike. He soon begins to accrue more and more power, overturning the established pecking order by violently taking over the various restaurants, game rooms, and karaoke houses that the gangs operate out of. 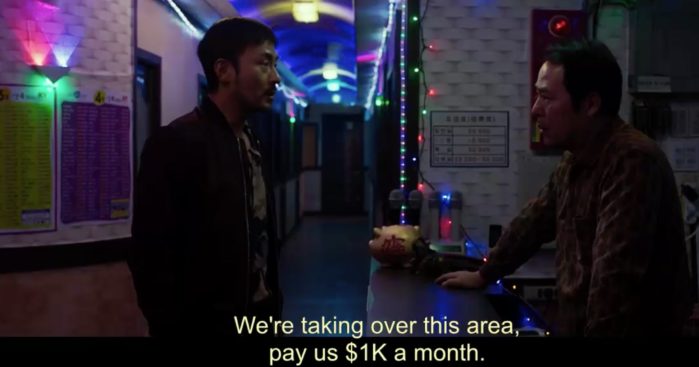 With the peace in Garibong threatened, Seok Do and his team must catch Jang Chen, his two henchmen, and his growing number of followers before the big case is taken out of Seok Do’s hands and turned over to higher authorities.

“The Outlaws” is not big on character development, but instead of weakening the film, this is perhaps what gives the movie its charm. The movie does not attempt to sell moralizing lessons or overly-sentimental backstories; in fact, it glosses over the family life and internal thoughts of its characters almost entirely. Instead, “The Outlaws” simply presents characters at face value, while still giving its main men distinctive personalities that make them interesting to watch.

“The Outlaws” is Ma Dong Seok’s movie through and through: policeman Ma Seok Do is pure fun to watch, whether he’s smacking around gang members, sucking up to higher powers, or messing with the guys on his team. The macho, tough-guy police officer is a familiar archetype in Korean cinema, but Ma Dong Seok brings a particular brawn and grit to the role that puts a fresh spin on the character. 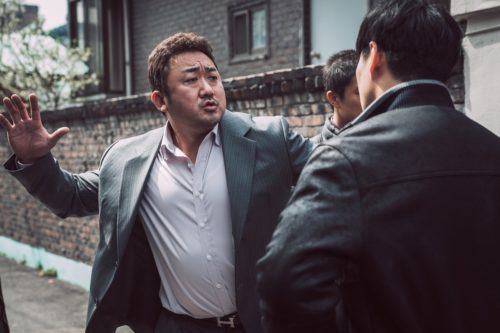 He also adds an element of dry humor to the film, which allows it to maintain a laid-back feel despite its fast pace and violence-driven plot. 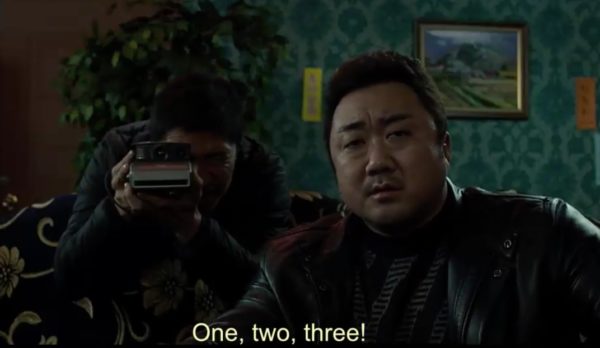 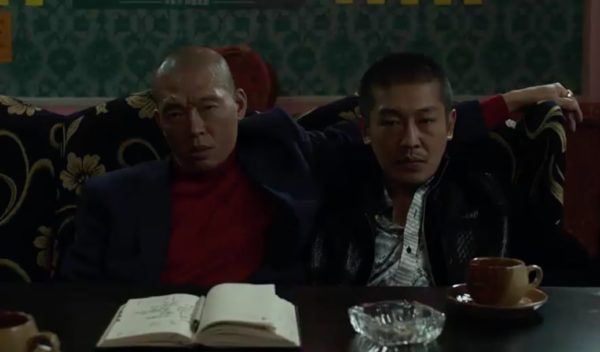 Yoon Kye Sang is cold and ruthless as Jang Chen, although not quite as chilling as we might expect from someone who so frequently orders grotesque murders with such nonchalance. But this is what keeps him interesting to watch; Jang Chen seems to have a little more life and unpredictability to him than most of the stereotypical cut-and-dry villains that crime films often fall back on, which comes out in scenes like the one in which he dances carelessly to karaoke music while his henchmen axe off a man’s limbs behind him.

“The Outlaws” is a refreshing take on the Korean crime movie. It knows its limits, and does not try to appeal to viewers’ emotions with drawn-out character background stories or calls to some higher moral purpose. For this reason, it’s a surprisingly fun and carefree watch for a film with such gruesome content. Because yes, the film is violent — there is a lot of stabbing, axing of limbs, stabbing, punching, oh, and did I mention stabbing? However, most of the actual gore is off-screen, and this saves “The Outlaws” from feeling too heavy-handed on the violence. It is, however, heavy on the testosterone, and the film’s script is peppered with men shouting lines like the following: 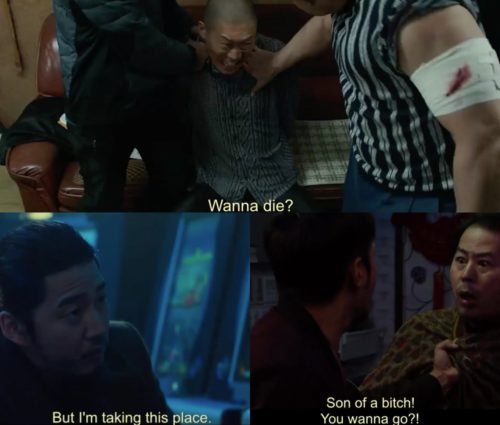 But the ultra-masculine vibe is what makes the film’s gang dynamics believable, and if you don’t mind the macho, you’ll find “The Outlaws” to be an exciting and easy-to-watch take on a part of Korean history that has not often been explored in cinema.

Check out “The Outlaws” on Rakuten Viki: