If you’re looking for a rebound drama to escape your post-“Descendants of the Sun” depression, perhaps you are interested in “Entertainer,” the newest Wednesday-Thursday offering from SBS. 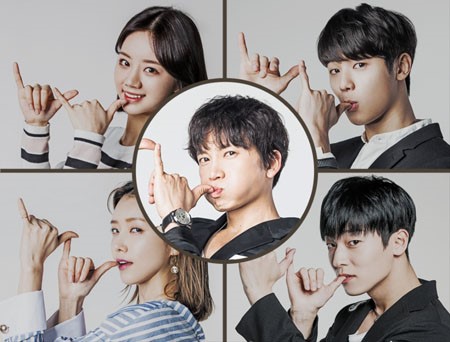 The star-studded cast features Ji Sung, who is coming off of a Daesang award for his 2015 drama “Kill Me, Heal Me”; Hyeri from Girl’s Day, bouncing right back from the end of “Reply 1988”; and CNBLUE’s Kang Min Hyuk, whose last drama was “Heirs” in 2013.

Most of the dramas I’ve watched recently have been on the serious side, so “Entertainer,” which is about an entertainment director breaking from a large agency to form his own company, sounded like it would offer a more light-hearted change of pace. So, how did “Entertainer” hold up in its first two episodes? (SPOILERS AHEAD)

The goofy, light-hearted teasers and pre-release information led me to expect a comedy, probably an underdog-type story that would set us up to cheer for some unlikely but talented rookies in the music industry.

So I was surprised when “Entertainer” hit upon some very dark notes right out of the gate and dove straight into a much more complicated plot. That’s a good thing, though; it makes for a much more interesting drama and (hopefully) more nuanced character development.

Visually, I don’t think I’ll ever see anything as pretty as “Descendants of the Sun,” so maybe I’m just ruined forever on cinematography. (I don’t really mean to compare these dramas — I’m clearly just not over “Descendants” yet…) I did appreciate what is thus far a tastefully subtle OST for “Entertainer.” The music fit the scenes perfectly and didn’t have that glaringly obvious “CUE OST!” feel that many dramas have. I hope the drama continues to find ways to seamlessly work in its music, especially because we will presumably be seeing more performances from Kang Min Hyuk’s rookie band (and maybe some competitors?). I mean, this is a drama about the music industry, after all!

After his award-winning performance in “Kill Me, Heal Me,” Ji Sung has a lot to live up to in this drama. He plays the role of Seok Ho, a ruthless music producer who seems willing to do anything for his own profit. He built his fame upon two K-pop groups — a boy group called Jackson and a girl group called Lucy Girls — but now wants to form his own agency.

I’m still not quite sure if I want to root for Seok Ho or if I want to loathe him. On one hand, there seems to be more to him than meets the eye; I’m curious to see more of his backstory and how his character develops throughout the drama. On the other hand, Seok Ho seems like a downright slimy character who is self-centered and manipulative. But if anyone can make a character interesting and compelling, it’s Ji Sung — so even if I found his character frankly unlikable, I trust Ji Sung to bring depth to Seok Ho as the drama continues.

Hyeri also has some high expectations riding on her first post-“Reply 1988” project. I haven’t watched “Reply 1988” yet — it’s at the top of my to-binge list for the summer — but I was looking forward to seeing what Hyeri could do on the small screen. In “Entertainer,” she plays a devoted noona named Geu Rin who juggles several part-time jobs to support her younger brother; their parents tragically passed away, so it’s just the two of them.

Unfortunately, Geu Rin hasn’t gotten to do much except cry a lot of pretty tears so far. I hope her character gets a lot more development, because I did enjoy the cute sibling dynamic between Geu Rin and her younger brother Ha Neul. I can’t help but feel weird about what looks like a forthcoming romance between Geu Rin and Seok Ho, though. I guess it’s the age difference that bothers me…

Little brother Ha Neul is played by Kang Min Hyuk. He’s a talented high school student who wants to pursue music, but his parents always disapproved (for reasons that are clearly tragic — something to do with the death of his older brother — but it’s all still a bit mysterious to the audience). He’s a star student, but a sudden (and apparently false) accusation of sexual harassment tarnishes his reputation. Understandably, he’s left feeling pretty hopeless, until Seok Ho comes along and offers him a shot at a singing career.

Ha Neul is also a pretty understated character so far, which isn’t surprising given that he’s being forced to grit his teeth and bear some very heavy burdens. I hope his character really gets to shine now that he’s finally getting his shot at music — even if I still don’t quite trust Seok Ho to be a good and honest manager. I will say that there’s also huge potential for an adorable bromance between Ha Neul and Seok Ho. I hope the drama does it justice.

The more dramas I watch, the more I appreciate how difficult it is to strike a balance between laying a contextual foundation (i.e. backstory) and setting a brisk, engaging pace. Looking at “Entertainer” from a big-picture stance, I found the pace to be on the quicker side, but not horrendously so. But on a closer level, I couldn’t help but wish for a more solid background. “Entertainer” jumps right into the thick of things pretty quickly. Because of this, I felt like the emotional payoff was diminished.

For example, I didn’t feel like I had enough background information to feel sorry for Seok Ho when his star boy group Jackson jumped ship on him, because we only got a few very brief flashes of their happy memories together after the damage was already done. This, combined with the fact that Seok Ho is kind of a sleazy character anyway, meant I felt little sympathy for him when everything started crumbling. 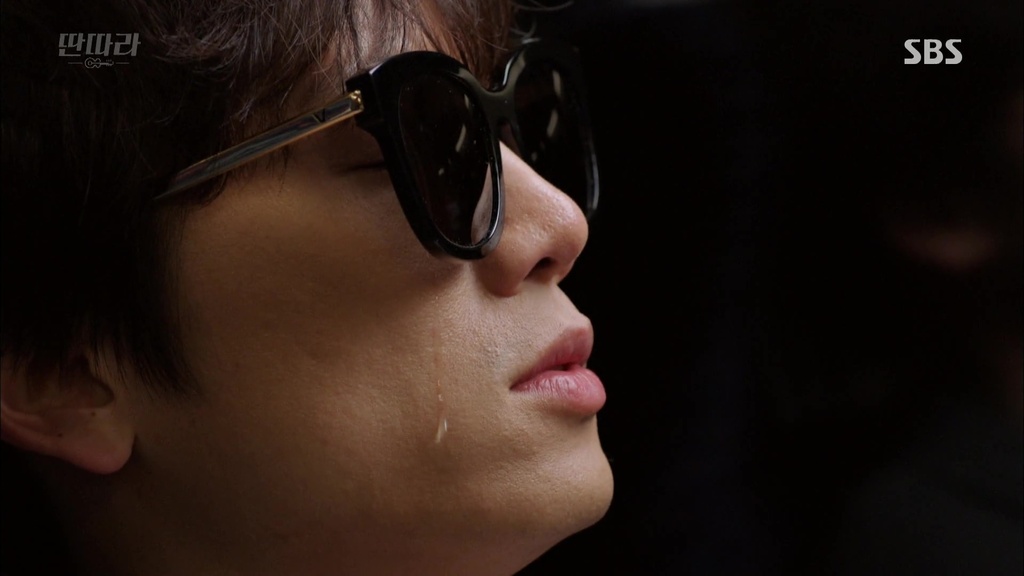 I also felt abruptly hurled into Ha Neul’s court scene, where he is accused of sexual harassment by a classmate. While there was clearly something fishy going on, I knew literally nothing about Geu Rin, Ha Neul, or the accusatory classmate Ji Young, which meant that I had no feelings to invest in Hyeri’s tearful outburst or the apparent deceit taking place.

Episode 2 improved upon this a fair amount by giving us some further insight into Ha Neul and Geu Rin’s tragic family story. While I can certainly understand a strategy of revealing the past bit by bit, I stand by my opinion that providing even just a little bit more of the backstory earlier on would have set up the audience for a much deeper emotional reaction to some of the early scenes. That being said, I am certainly interested to find out what else from the past is going to come back to haunt all of these characters.

Overall, I’m honestly not sure if this drama impressed me enough to keep watching. It’s no fault of the cast — the storyline is just too patchy and hasn’t given me enough reason to emotionally invest myself in it. While I see great potential for development, I’m not sure if my curiosity about the characters’ pasts is enough for me to stick around. Am I wrong? Convince me otherwise in the comments!

You can watch the first episode below:

Soompiers, what do you think of “Entertainer” so far?

minjiya can usually be found writing in a cafe, blasting K-pop dance tunes to motivate herself through long runs outside, or plotting her escape from the midwest. Say hello/send her a gif on Twitter @yaminjiya.