First Impressions: “Just Between Lovers” Is A Melodrama That Can’t Be Missed

JTBC’s new drama “Just Between Lovers” starring Lee Junho and Won Jin Ah is FINALLY here. It’s a drama that I’ve been dying to watch since I heard that Junho was going to be in it. It’s particularly special for us Junho fans, as it’s his first ever starring role, and I’m really here for it.

Keep reading to find out what I thought of the first two episodes!

“Just Between Lovers” is set around a tragic event that links all of the main characters together. Several years before, a misconstructed shopping mall suddenly collapsed, killing 11 people. Lee Kang Doo (Lee Junho) and Ha Moon Soo (Won Jin Ah) play two characters who were tragically effected by that fateful day. Years later, their paths cross again, and they are brought together by chance and end up working for the same company together. As they become closer, they realize just how closely they were connected in the past.

The first couple episodes were efficient in revealing all of the characters’ pasts and how it traumatized them. It moved at a decent pace, but despite the unveiling of all of their pasts, it was a little slow for my liking.

I was really hoping the script would delve into the intense love story that I know our OTP can deliver. However, I didn’t really think about this until the end of the first episode when I realized that the two main leads had just started to converse with each other; I’m just dying to see them fall deeply in love, but hopefully this comes next week!

If you’re a fan of melodramas, this drama has got you covered; it’s got all the melodrama elements to it. It’s got characters with some heavy and intense baggage, an amazing OST that adds to the emotions, and the obvious tortured love story where the two main leads can’t live without each other. Although it can seem like a predictable story, “Just Between Lovers” is refreshingly beautiful and has a charm to it that keeps you wanting more. It’s also got the infamous K-drama trope, the love triangle, which I’m a huge fan of.

Lee Junho as Lee Kang Doo is your typical melodrama bad boy lead. He’s suffering from a painful past and continues to run away from his problems through fighting and pain medication. Although Lee Kang Doo spends most of the first two episodes beat-up and battered, Junho was able to show an angst and pain that I don’t think many actors could have pulled off. I may be a little biased about my bias, but I’m so impressed already with his ability to showcase such deep emotions through his characters. His “I’ve got nothing to lose” attitude is a character that we’re familiar with, but the fact that Lee Junho is playing it makes it all the more worthwhile. 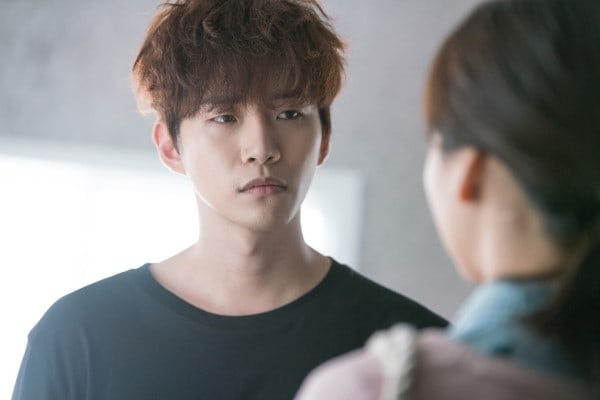 Junho has come such a long way in such a short amount of time. Ever since his first role in the movie “Cold Eyes” to his most recent hit role as Seo Yul in “Chief Kim,” Junho has been getting a lot of recognition and praise for his acting abilities. In recent interviews, Junho expressed that he’s feeling a lot of pressure with this role in “Just Between Lovers,” it being his first time starring in anything, but after watching the first two episodes, it’s safe to say that he’s holding his own. 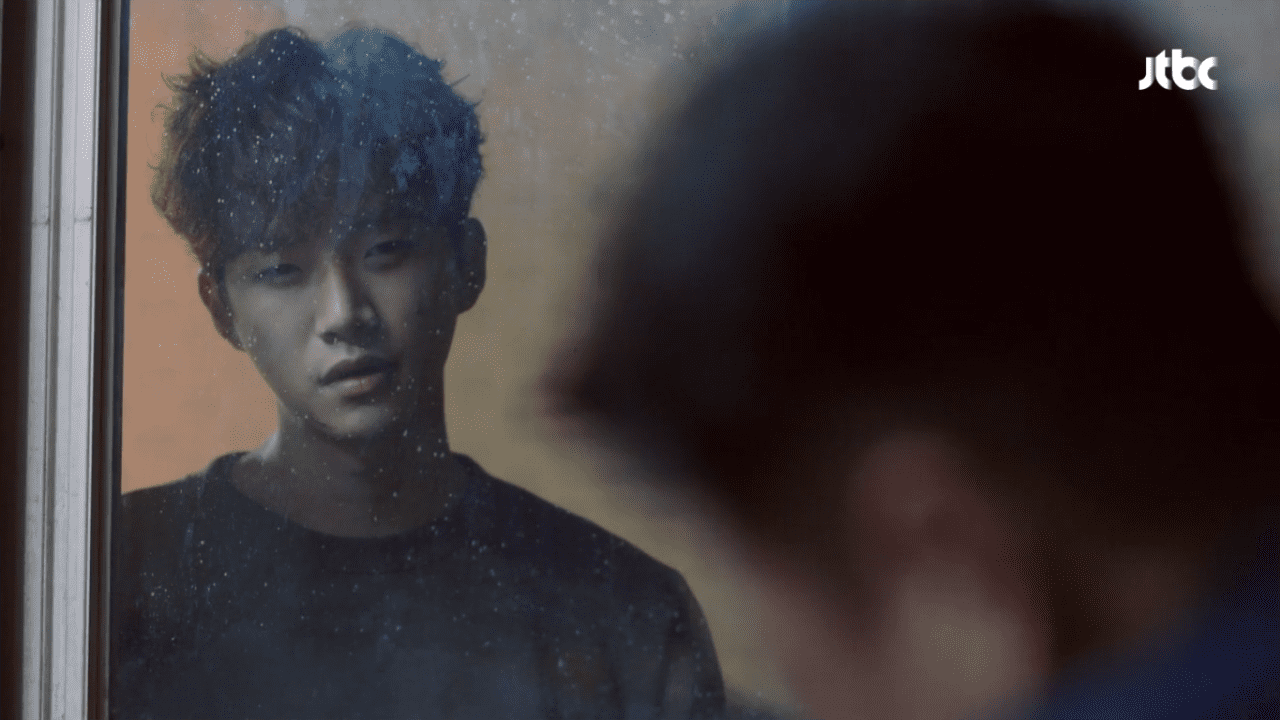 This is my first time seeing Won Jin Ah in any role, and I couldn’t help but be taken aback at her natural beauty when she first appeared on the screen: 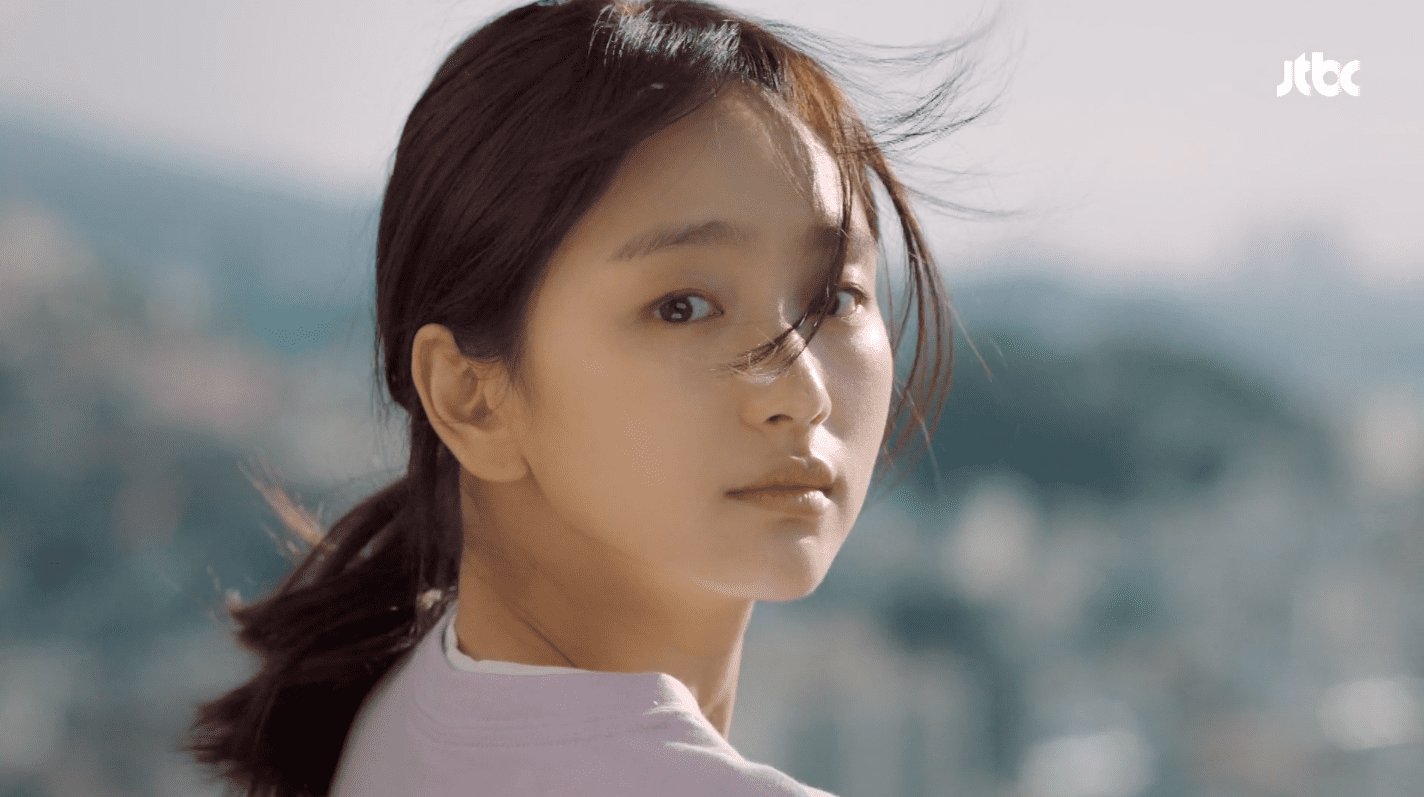 Won Jin Ah plays Ha Moon Soo, a girl who lost her younger sister in a tragic accident when she was younger. She lives with her alcoholic mother, who continues to spend her days and nights mourning the loss of her youngest daughter.

To be honest, I wasn’t expecting much out of Won Jin Ah, but I was at least hoping that she would be able to keep up with Lee Junho. Despite her small repertoire of films that she’s acted in and this being her first time starring in a drama, I’m happy that they cast her. The two look so cute together! 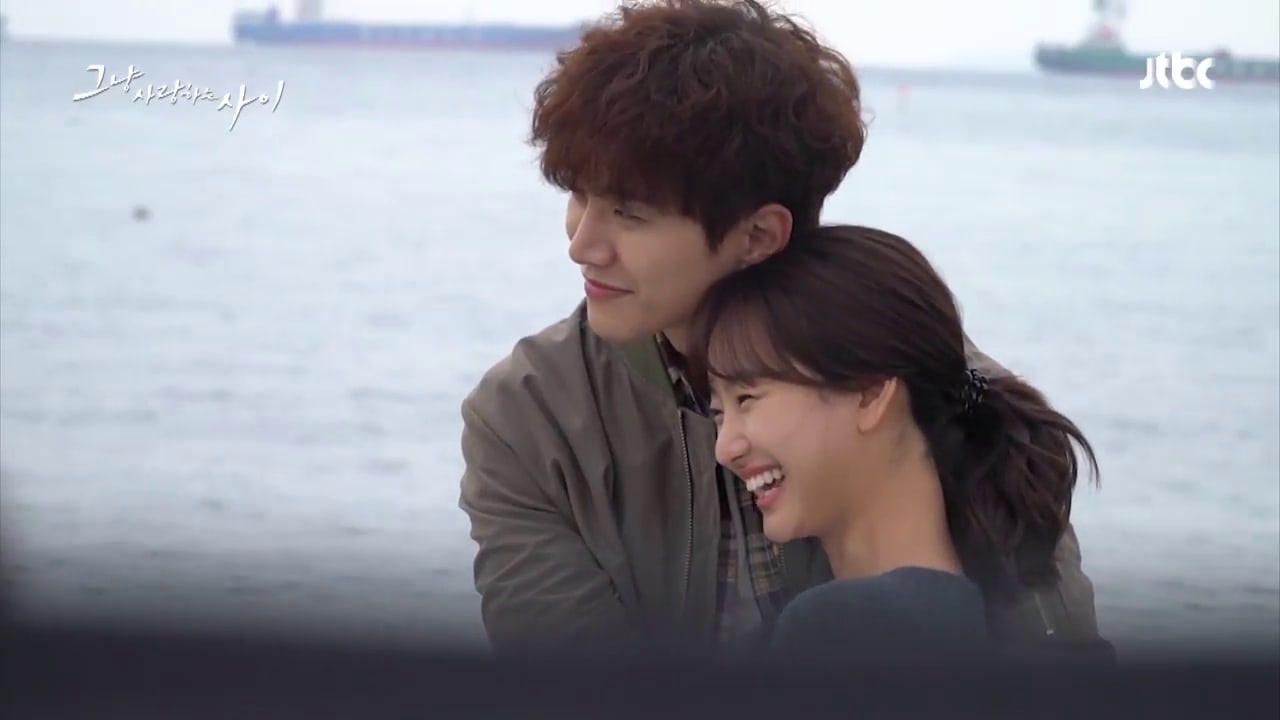 I’m also pleasantly happy to see Lee Ki Woo in this drama. Ever since he played the lovable Tae Soo in the movie “Classic,” he’s really made a name for himself. Although he’s playing the second-lead, he has such a strong presence that is hard to overlook. I’m looking forward to how he’s going to sweep Ha Moon Soo (Won Jin Ah) off her feet! 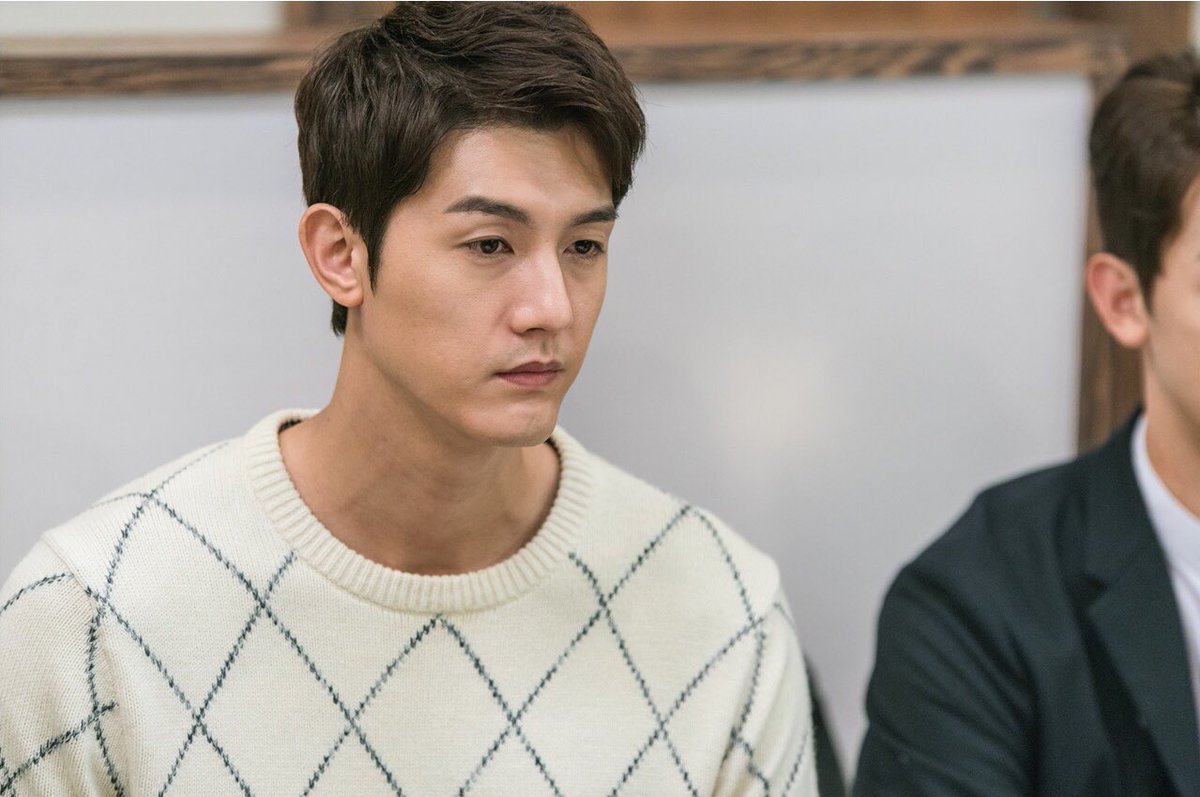 Everything about the way that this drama is filmed is simply beautiful. The cinematography takes on various angles and out of focus elements that bring such depth to the emotion of the characters and their stories. It’s truly a testament to the skills of the director, Kim Jin Won, who is able to showcase such simple scenes with so much beauty. The use of natural elements like sunlight and cloudy weather adds another dimension to the characters, and you’re really able to see the pain of the characters’ pasts as a result. 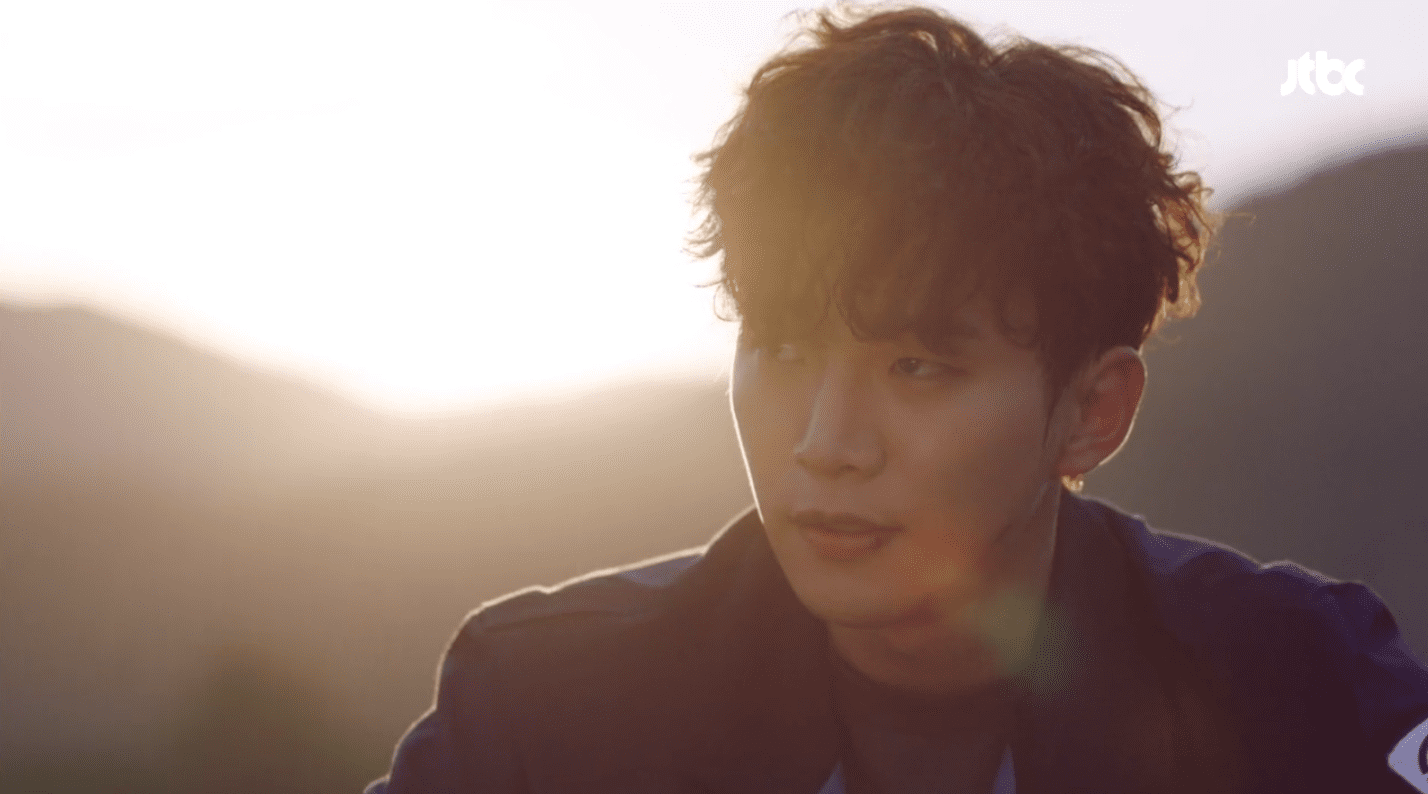 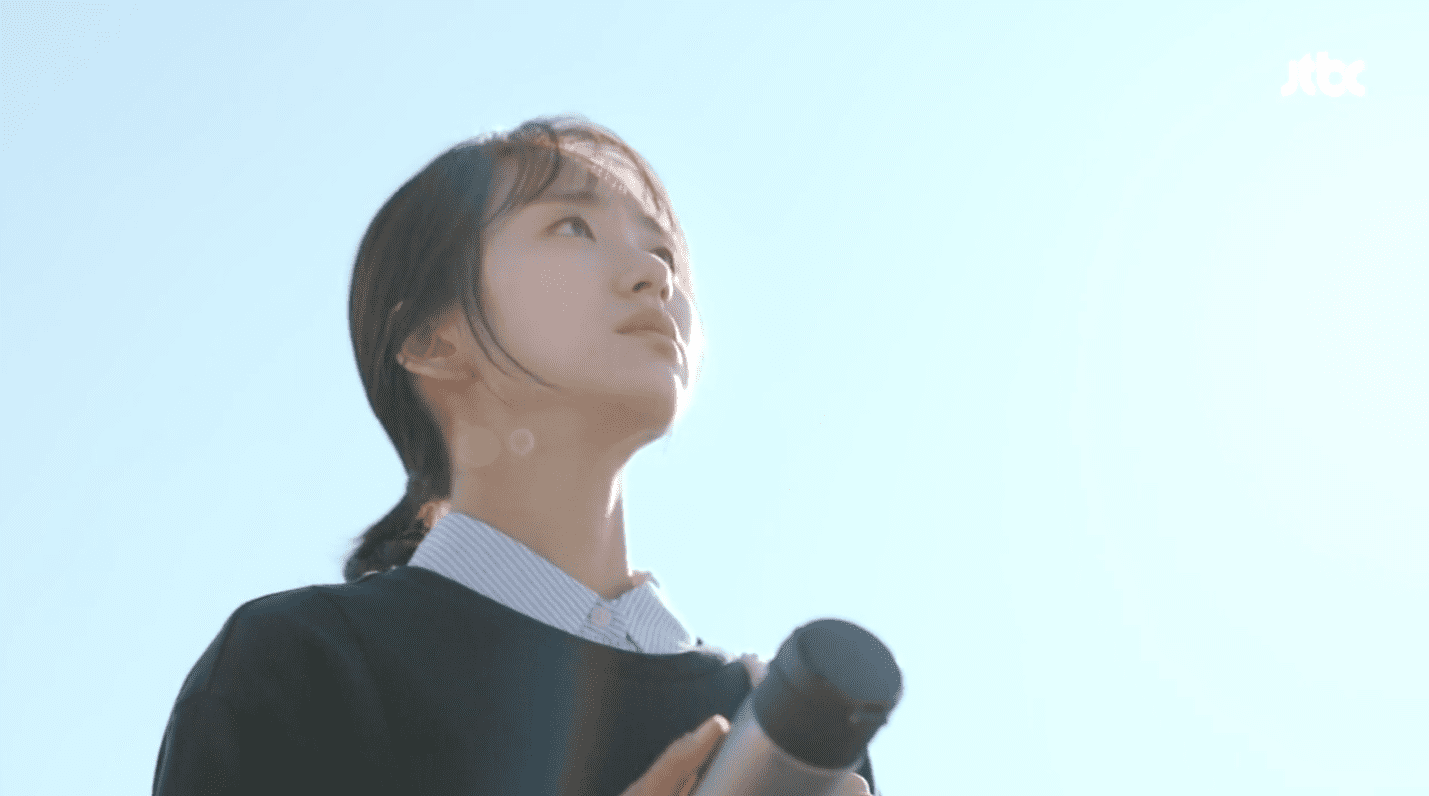 Simple, but so pretty, right?

This deserves a category of its own, mainly because this OST is perfection. The sad and melancholy songs and melodies that are dropped throughout the first two episodes are already breaking my heart. Even through the simple scenes where it feels like there’s not much to the story, the background music adds so much more dimension to the characters and the emotions that they are feeling.

The perfection that is the background music with this scene. So pretty, right? ❤️ #justbetweenlovers

What’s a melodrama without a heart-wrenching OST to accompany it, am I right?

Here’s the first part of the OST that was just released:

All in all, this drama met my expectations. It’s totally a melodrama worth watching. Although I wanted the story to move at a more faster pace, I was still overall happy with the results. I’m just so excited to see Won Jin Ah and Lee Junho hurry up and fall in love with each other — I love it when bad boy characters fall in love!

I’m loving all of the main actors and actresses so far, and especially dig the adorable friendship of Lee Junho and the medicine-selling grandmother played by Na Moon Hee. There are little aspects of the drama that are so charming and adorable, and they are perfectly balanced out with the emotional turmoil that the main leads go through. If you love a good melodrama and appreciate good acting, make sure you check it out. It’s guaranteed to give you the feels!

Hey Soompiers, how did you like the first two episodes of “Just Between Lovers”? Let me know in the comments below!