Eye Candy, Action, Bromance, “Man To Man” Has It All And We’re Hooked

“Man to Man” is the new very highly anticipated JTBC drama starring Park Hae Jin, Park Sung Woong, and Kim Min Jung. It is the drama following “Strong Woman Do Bong Soon,” and with many fans wallowing over the fact that they can no longer see Park Hyung Sik and Park Bo Young together, JTBC has been gracious enough to bring us a drama where we can see this man for the next couple months: 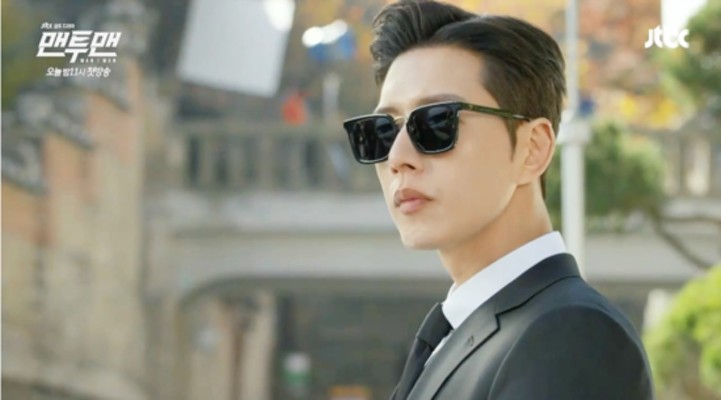 We’re really not complaining now, are we?

Keep reading to find out what I thought of the first two episodes of “Man to Man,” and I’ll try to keep it cool because I seriously, truly, can’t even.

The production value of this drama was pretty much what I would have expected. Especially with all the anticipation and hype behind the drama and the stills prior to the release, “Man to Man” delivered the action-packed drama that it made itself out to be.

In the beginning of the drama, I couldn’t help but think that it reminded me a lot of the Jason Bourne and James Bond series. It was just missing the high-tech gadgets. The drama seemed really American, especially with the music, the scene transitions, setting, and overall feel to it, which was intriguing. I almost felt like I was watching a Hollywood movie and not a K-drama. However, this “American/Hollywood” feel dies down a lot in the second episode, although the action scenes were still very James Bond.

Park Hae Jin plays Kim Sul Woo, a well-seasoned agent who is hired by an intelligence agency to go undercover as a bodyguard for the famous actor Yeo Woon Kwang (Park Sung Woong). There are a couple villains in this drama that are linked to a congressman that investigators are hoping to catch, and although I am not sure how Yeo Woon Kwang is linked with the whole investigation, it is obvious that they want him dead. Kim Min Jung plays Cha Do Ha, Woon Kwang’s manager and number one fan. She’s very protective of him and is constantly looking out for him, and it seems as though this heart-warming relationship goes both ways.

When I first heard about this “bodyguard” role that Park Hae Jin had decided to take on, I automatically assumed it would be more of an intense and action-packed drama (kind of like “The K2“). I also found myself picturing Park Hae Jin as a tough bodyguard with a dark past and I got REALLY excited. So you can understand my surprise when I first saw the trailers and found the tone and feel of it to be more comedic and light than serious. It really wasn’t what I was expecting, but I was open to the idea of it.

I wasn’t completely sold on the first episode. Yes, everything about it was beautiful (including Park Hae Jin), but I found myself coming to the conclusion that maybe I had a case of “setting my expectations too high”; this was, after all, my most highly anticipated drama of the year. It’s almost as though the trailers had already revealed and prepared us viewers for a lot of what was going on in the first episode, so I wasn’t blown away. What I was impressed with was Park Hae Jin’s ability to carry his character, and how pleasantly delightful Park Sung Woong’s character is, but more about that later. 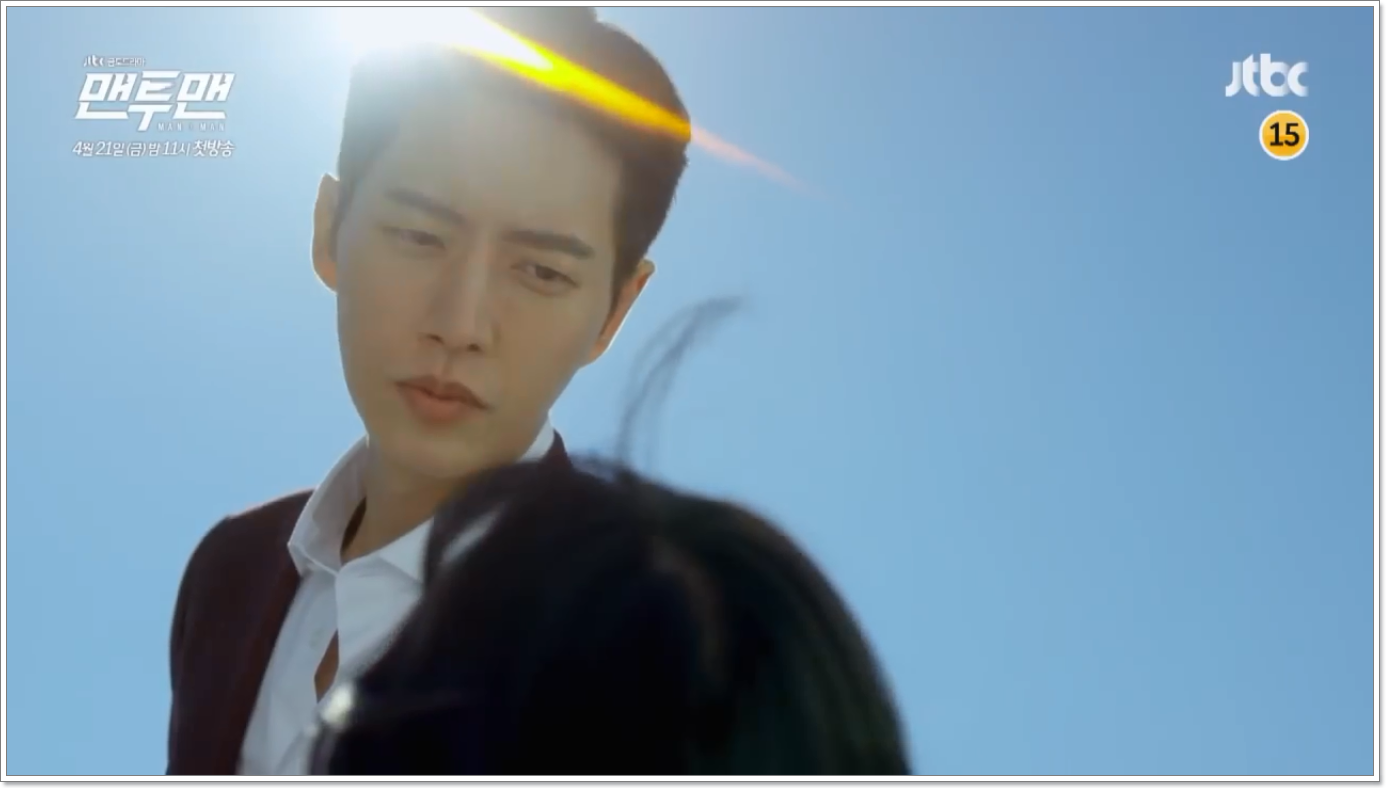 The second episode was totally different. Maybe it was because the drama had settled a bit into the meat of the plot, but Park Hae Jin’s budding bromance with Park Sung Woong and the hints of the love story to come with Kim Min Jung were enough to get me excited for the rest of the series. I also have to mention that seriously cool cliffhanger at the end of episode two — I’m a fan.

Park Hae Jin as a bodyguard and seeing him in a suit for most of this drama is a blessing.

I’m living for this look.

Park Hae Jin plays Kim Sul Woo, the man of many colors. He has a colorful background and seems to be what you’d expect out of a well-seasoned agent; he’s calculating, rigid, hard to read, and alone. Yeo Woon Kwang and Cha Do Ha are also against having him around, but Woon Kwang seems to warm up to him a lot quicker than Do Ha — cue the bromance that I have a feeling will be on fire. 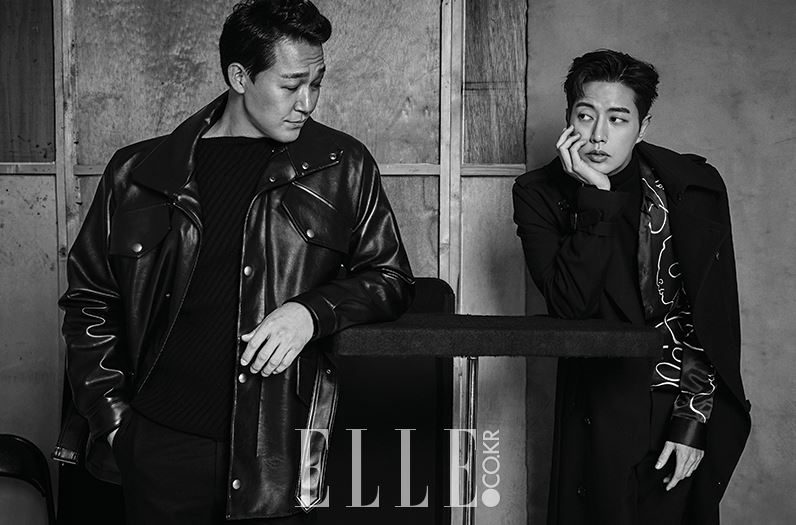 Park Hae Jin as a bodyguard is perfection. His broad shoulders and tall stature make his character portrayal effortlessly believable; he could totally pass as a Korean James Bond. I’m also really impressed with the fight scenes. Although I’m a huge fan of Ji Chang Wook‘s action skills, Park Hae Jin is giving him a run for his money.

Kim Min Jung is a veteran when it comes to dramas and she’s an amazing actress, but I found her character Cha Do Ha in this drama to be annoying. I was annoyed at her excessive acting and constant lingering around the bromantic duo; I almost found myself not wanting Park Hae Jin’s character to fall in love with her. It could be because I’m finding her difficult to sympathize and relate with, but I’m sure this will change as Park Hae Jin’s character slowly falls in love with her and we’re exposed to her charm. For now, I’m more in love with the two male leads.

I relate to Yeo Woon Kwang on so many different levels. 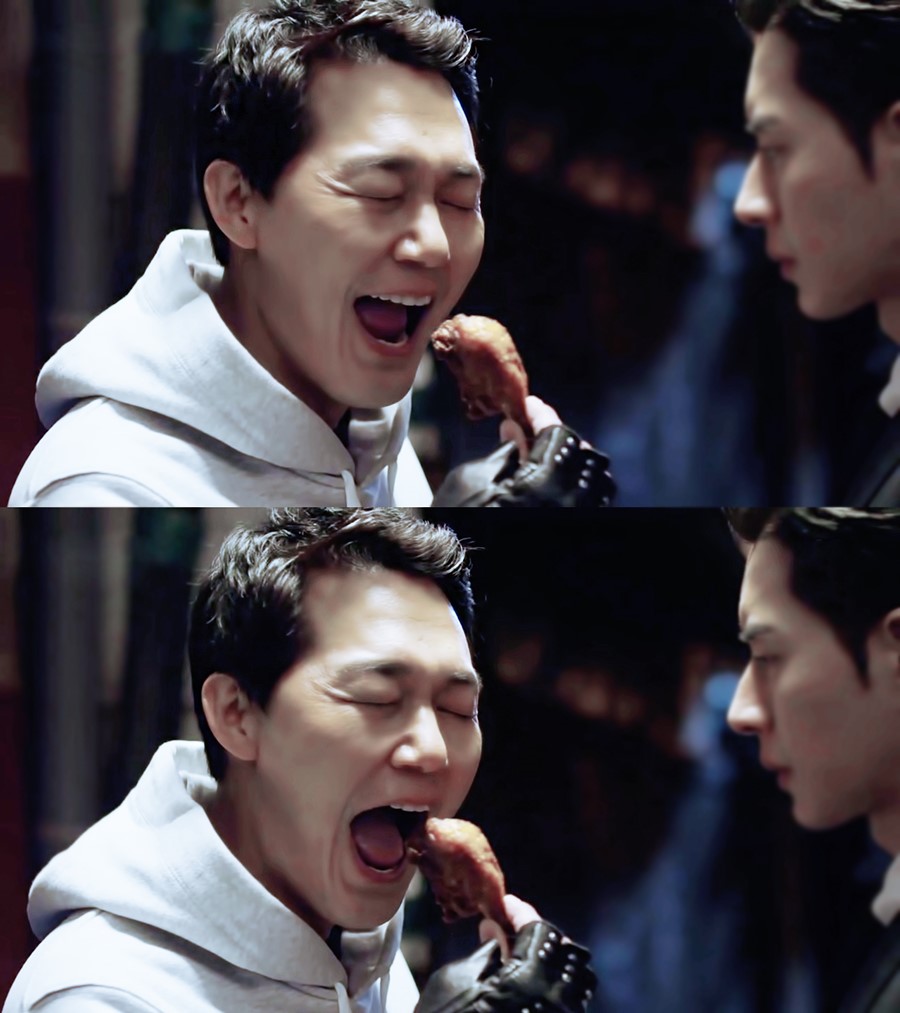 I think we’re going to get along just great, Woon Kwang.

I like this drama. And when people ask me that infamous question of which drama they should be watching, I will undoubtedly recommend this one. Even though the first episode didn’t completely grab my attention, the second episode was enough to get me really excited about the episodes to come.

The bromance, the romance, watching Park Hae Jin’s stoic character become a soft puddle of love, and the cool fight scenes are all the more reason to get excited about it.

Hey Soompiers, what do you think of “Man to Man” so far? Let me know in the comments below!

binahearts is a Soompi writer who can be most often seen singing her heart out at karaoke, walking her dog, or indulging in dessert. Her current obsessions include Song Joong Ki and BIGBANG. Make sure you follow binahearts on Instagram as she journeys through her latest Korean crazes!