KBS2 began airing “Queen for 7 Days” last week, a new Wednesday-Thursday historical romance that will run for 20 episodes. The drama stars Park Min Young, Yeon Woo Jin, and Lee Dong Gun. It is based on the historical figures Queen Dangyeong and King Joongjong, and the story of how Lady Shin became queen, only to be expelled from her position seven days later.

The first two episodes offer plenty of back-story into the main characters and promise plenty of court drama and a possible tragic love-story. Of course, “Queen for 7 Days” is competing with an already impressive line-up of historical dramas, so will it survive the test? I hope so.

“Queen for 7 Days” takes up the difficult task of making a well-known drama into something new and interesting enough to draw in curious viewers. While I could make conjectures about what will happen leading up to Lady Shin being dethroned based on historical fact and teasers spread by KBS, the first two episodes do a good job creating a sense of intrigue. Sometimes I watch the first couple episodes of a historical drama and can pretty accurately guess what’s going to happen right down to any significant deaths. What I enjoyed about “Queen for 7 Days” was that I couldn’t guess any specifics beyond the pieces I know about the real story.

The drama starts with the prince and Shin Chae Kyung (played by Park Si Eun, later Park Min Young) just entering adulthood and trying to navigate the world around them. Neither have a map to guide them through the mess of politics and intrigue in the palace or how to keep a close relationship with their families. Shin Chae Kyung is the daughter of a top official who was sent to the countryside, hidden from those who would use her to improve their political status, but she longs to be with her family. So Chae Kyung disguises herself as a boy and heads to the capital, only wind up in a few messy situations, some of which involve the prince and king. 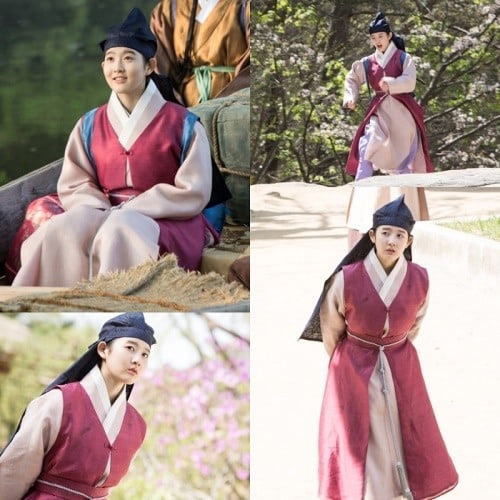 Meanwhile, the king, Lee Yoong (played by Lee Dong Gun), has proven himself as a warrior, but must contend with a drought that’s not only making the citizens starve, but question his right to be king. The drama also hints at a devastating secret that could turn the kingdom’s politics upside down, and the king is trying desperately to keep the truth hidden. This puts a strain on his relationship with the other politicians and his younger brother, Lee Yeok (played by Baek Seung Hwan, later Yeon Woo Jin). 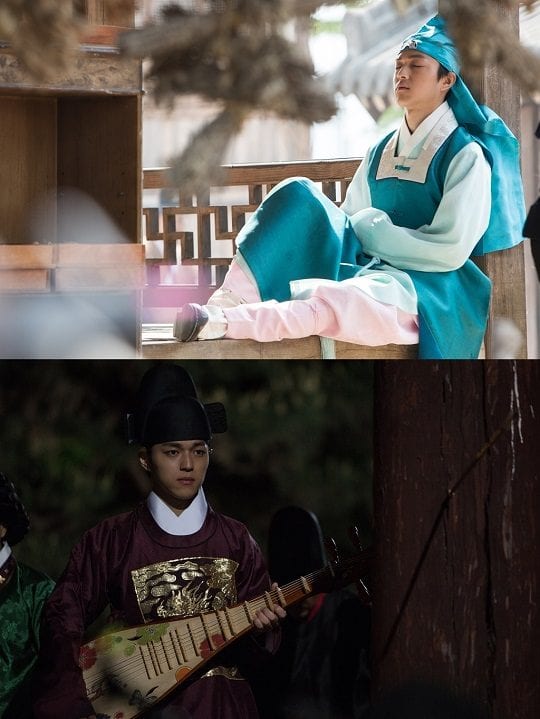 Lee Yeok, however, worships his brother and wants nothing more than to be at his side. He’s an adventurous, free-spirit who struggles to find the balance between being a prince who isn’t a threat to the king but also a prince who protects the people. Then Chae Kyung gets flung into their lives, and things begin to move.

The story is definitely one that draws me in, although I’m not a fan of stories involving two brothers with the same love interest. I’ve seen too many dramas where that doesn’t end well. I did enjoy watching the back-story in the first two episodes, and I hope it continues into the next episode (this surprised me because usually I’m ready for the main actors to step in episode three at the latest). The drama is doing a good job of building relationships and breathing life into each character, and I’m even more curious about the drama’s interpretation of the queen’s expulsion. Bring on the intrigue and plotting!

The cast and characters

If you’re excited to see Yeon Woo Jin and Park Min Young’s love story unfold, well, you’ll have to wait. They don’t appear in the first two episodes. Instead, we get back-story with their characters’ younger versions, played by Park Si Eun and Baek Seung Hwan. Lee Dong Gun maintains his part (the king is older so this seems only natural).

I always enjoy Park Min Young in historical dramas, and the teasers I’ve seen with her promise more good acting from her, but Park Si Eun is doing an amazing job of playing young Chae Kyung. Same story with Yeon Woo Jin — I enjoyed his last drama, “Introverted Boss,” a lot, but Baek Seung Hwan makes a great young prince. The young Chae Kyung and Lee Yeok fight, bicker, challenge each other, and also push each other to be better people — all things on a “when first loves meet” check-list. They have a lot of chemistry, so hopefully their adult versions will keep up the good work.

Lee Dong Gun’s king character is shaping up to be an interesting character and perhaps the most dramatic. He’s under a lot of stress (being king), so that’s no surprise, but his reactions and choices have been very believable. While a lot of the credit goes to the drama team, I consider this evidence of his skills as an actor. It’s not easy to make someone who rides the line between good and bad seem so sympathetic. His initial meeting with Chae Kyung is also very entertaining. She has a knack for finding trouble and dragging others into it with her, but beyond that, even Lee Dong Gun has good chemistry with her character, despite the actress’s young age. This is important because it lays a solid foundation for their possible relationship in the future. 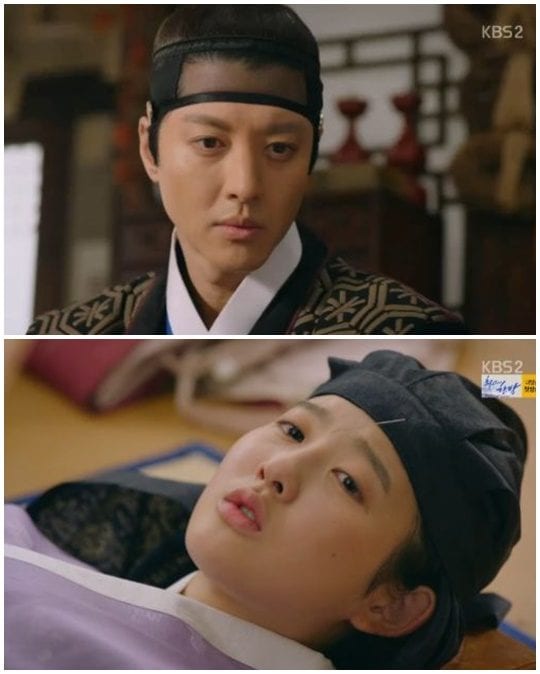 While court intrigue is big part of “Queen for 7 Days,” the politicians themselves didn’t make a huge impact in the first two episodes, except perhaps for Chae Kyung’s father. Lee Yeok’s mother, Queen Jasoon, on the other hand, is given a big role in the back-story. While her son expresses his desire to help his brother, the queen seems intent on demonstrating that there can be no good will between them while the throne is at stake. By the end of episode two, it’s indicated that she may have some knowledge of the big secret that haunts the king, so we can expect her role to stay important in the future.

Other notable characters were Lee Yeok’s two friends, a young thief that the prince and Chae Kyung help, and a mysterious woman in the palace who takes care of the king. My favorite side-character in these two episodes is Chae Kyung’s nanny. She is very amusing as she runs around taking care of headstrong Chae Kyung and attempting to give solid advice. I hope to see more of her in the future.

There isn’t a lot of action and romance yet, but something that enticed me was the cinematography and the shots of characters in various scenes. I judge a drama by it’s camerawork, and “Queen for 7 Days” does a beautiful job of catching scenery and characters’ expressions, as well as the little moments. Honestly, I don’t jump for joy when I see that a drama is historical, but often, some of the best cinematography appears in these dramas. If you like watching something that’s visual stunning, then “Queen for 7 Days” is a drama to add to your “must watch” list. 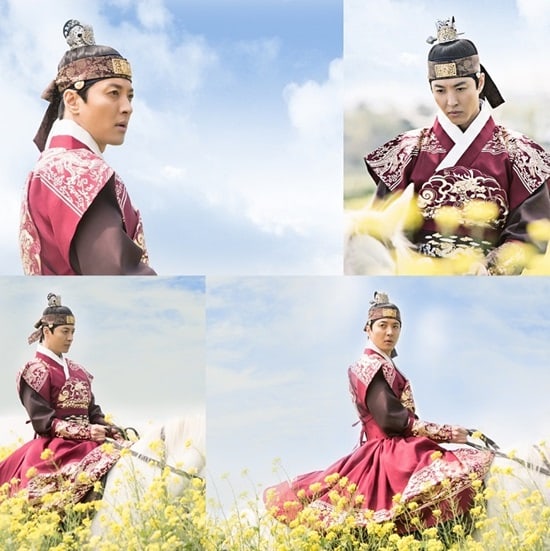 More than just scenery and aesthetics, the camera team and director also capture characters pretty well. Some of the teasers are visually stunning, and it is a similar technique that also adds to a few of my favorite moments, like the moment when Chae Kyung whistles and spreads her arms and Lee Yeok joins her. The moment is touching, and also very pretty.

I’m so torn. I want to watch the future events unfold and see what the drama characters decide to do with Chae Kyung’s story. Can she have a happy ending even after everything that’s coming? Can the royal family? However, the young actors are really talented. I’m not ready to say goodbye.

Future events in the “Queen for 7 Days” promise some pretty heavy, and possibly heart-breaking, drama, but the “heavier” themes, such as the fragile wall between the two brothers’ statuses and the pressure placed on their relationship, Chae Kyung’s lack of confidence and belief her family is embarrassed by her existence, and the shaky political situation, were given a softer touch during the back-story. This gap makes it difficult to decide now if I’m looking forward to watching more since I’ve enjoyed the first two episodes so much. However, I will hope for the best and recommend “Queen for 7 Days” to anyone who also enjoys political dramas with some romance in the mix. I at least plan to hold out for Park Min Young and Yeon Woo Jin to finally appear!

“Queen for 7 Days” airs every Wednesday and Thursday. Watch it on Viki!

heytoto currently teaches ELL in Seoul and can usually be found sipping a latte and contemplating aesthetically beautiful cinematography.