These days, revenge dramas are a dime a dozen. But you’d be remiss in thinking that tvN’s new Saturday-Sunday drama “Room No. 9” is yet another run-of-the-mill revenge thriller. The main thing that sets it apart is definitely the female-led cast. Most of the revenge dramas we’ve seen are focused on men, and the women are merely relegated to the role of the romantic interest. But with “Room No. 9,” we’re given a female-centric view on revenge, and so far, it looks like it’ll turn out to be heavy on the thrills, with minimal romance.

In fact, “Room No. 9” is a revenge thriller with a supernatural twist, where the souls of death-row inmate Jang Hwa Sa (Kim Hae Sook) and lawyer Eulji Hae Yi (Kim Hee Sun) are mysteriously switched. And while there are some bumps in the road, the complicated web of relationships and mysteries promises an exciting time ahead!

Warning: Spoilers ahead. Proceed with caution! 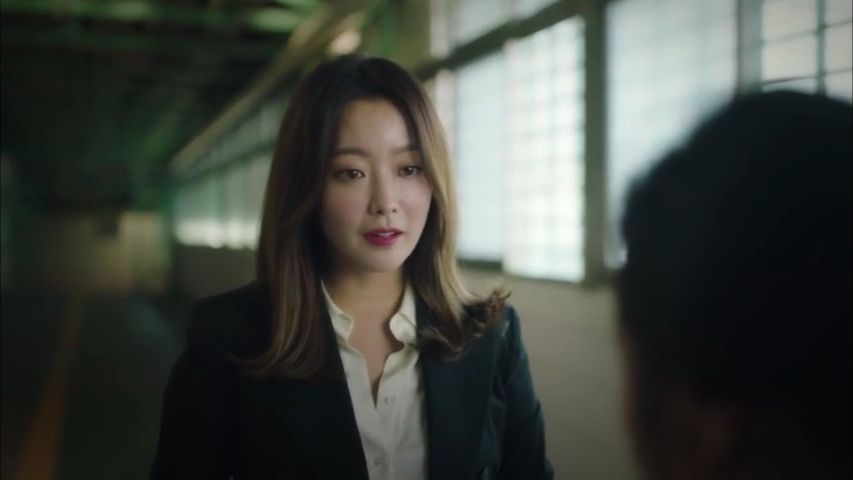 The first two episodes really laid down more of the important groundwork for the rest of the series, as we learn how the womens’ souls end up being switched. Kim Hee Sun stars in this drama as Eulji Hae Yi, an accomplished lawyer who does not have the kindest personality. In fact, she’s arrogant, manipulative, and frankly kind of a (insert word that rhymes with “stitch”). But she does have a softer side, especially towards her doctor boyfriend, Ki Yoo Jin (Kim Young Kwang). One night, while preparing a birthday dinner for him, they receive an antique box with Yoo Jin’s initials on it, containing an old newspaper clipping of a murder. Hye Yi then nonchalantly reveals to Yoo Jin that the victim of that murder, Choo Young Bae (Lee Kyung Young), is in fact Yoo Jin’s half-brother! 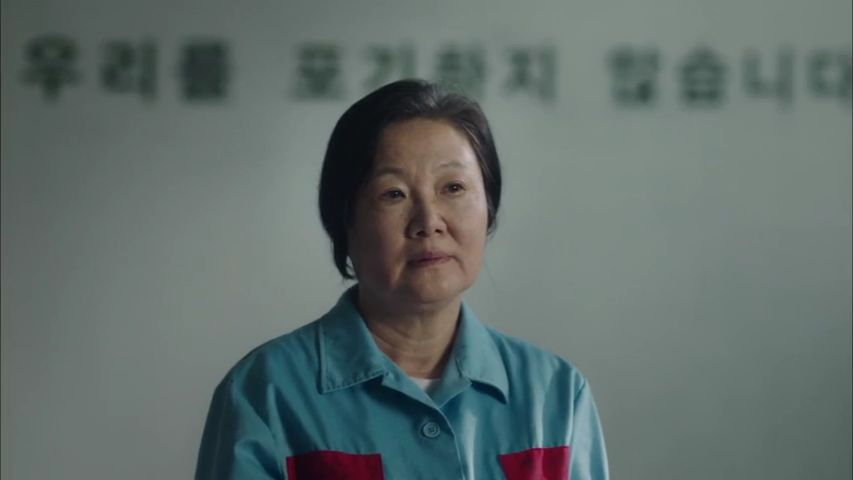 The woman who poisoned Young Bae is Jang Hwa Sa (Kim Hae Sook), who has thus been rotting away in jail for the past 34 years. A chance for an early parole comes up, but is blocked by none other than Hae Yi. And it seems that fate really wants to push them together, because through a twist of events, Hae Yi is later assigned to Hwa Sa’s appeal case. However, upon their first meet-up (in Room No. 9), she informs Hwa Sa that she’ll merely be a “housekeeping attorney,” which basically means she’ll bring her some donuts to eat while she does her own work. (Very professional.)

At their second meeting, Hwa Sa overhears a familiar voice from a video Hae Yi is viewing on her tablet. She limps over to see it, and has a flashback to a young Choo Young Bae. The shock of recognition gives her a heart attack, and she collapses while clutching her heart. The prison’s doctor rushes in, with Yoo Jin in tow. He grabs the defibrillator, and just when he uses it, a supernatural energy flows through the machine, which also short circuits the lights.

The sparks startle Hae Yi, causing her to trip over the tangled machine wires and fall over onto Hwa Sa’s body. By the time they regain consciousness, both are alarmed to see that they have switched bodies! Hwa Sa (now in Hae Yi’s body) realizes she is technically free, and sets out to unravel the mystery surrounding Choo Young Bae (with an ’80s fashion style no less). The real Hae Yi however, is adamant to find a way to switch back; the only problem is that her insistence of her identity causes the wardens to think she has gone insane, and they try to send her off to an asylum.

Unfortunately, the premiere was not a home run for me, though episode 2 flows much better than the first. It’s a given that with all things in Dramaland, there’s a certain amount of suspension of disbelief (basically, to accept whatever is shown without questioning the logic of it too much) needed. But there’s just a tad too much illogical happenings in the first episode that affected my overall watching experience. For example, it’s hard to believe that the guards could just leave Hae Yi with Hwa Sa (a death-row inmate) alone in the corridor, without any supervision whatsoever. Or, the fact that Hae Yi is assigned to defend Hwa Sa AFTER Hae Yi ruins her chances at sentence reduction, which is after Hwa Sa attacks her. Surely that’s unethical on so many levels and practically inviting trouble, no?

Also, we really didn’t need the weird montage of Hae Yi getting ready for work with her own team of make-up and wardrobe stylists. Since when did lawyers have (or need) their own styling team? Really, I’m expecting so much more from you, tvN.

But thankfully, my gripe with the drama does not extend past the above. What was able to kept me watching was the deep well of fantastic actors and the increasingly delicious mystery.

As mentioned earlier, it’s refreshing to see the talented female combo of Kim Hae Sook and Kim Hee Sun, both who are given meaty, complex roles to play. Plus, it’s nice to watch a drama that doesn’t have someone of Kim Hae Sook’s age reduced to just the main lead’s mother. These two characters are just so morally compromised and are so at odds with each other, and yet they are similar in so many ways. Hae Yi shows us early on that she’s someone who will always get what she wants; but by the end of the second episode, when Hwa Sa proclaims that she is Eulji Hae Yi, we get a sense of just how headstrong and fierce she can be as well. It will be interesting to see how these two become each others’ foils, but eventually come together on this redemptive journey. I just hope the writers don’t smooth out too much of their prickly edges.

And it’s not just the leads, but the supporting cast are also stacked with talent and experience. Not to mention the very easy-on-the-eyes Kim Young Kwang, who could literally melt a tub of ice-cream with that smile of his!

With the web of tangled relationships (which at times do feel slightly too tangled), we know things are going to get messy! There are many pieces that the show has introduced to us thus far. “Room No. 9” has already alluded to the fact that Hwa Sa may be Yoo Jin’s mother, but if that’s indeed true, with Hwa Sa in Hye Yi’s body, isn’t that going to get a bit….icky? And then we have Hye Yi’s father (Kang Shin Il), who was on track to become the next attorney general, but lost his job because of his connection with Hwa Sa. Hye Yi’s resentment towards Hwa Sa seems to stem from this, but I’m keen to know why she hates her father too.

And of course, we have the over-arching mystery of just what happened 34 years ago, when Choo Young Bae was supposedly poisoned by Hwa Sa, and yet is now roaming around under the name of Ki San. Did he perhaps murder the real Ki San many years ago and assume his identity? And if so, how did he get away with it, and how did no one find out? I, for one, sufficiently have my interest piqued, and am firmly in it to see how all these pieces fit together. Here’s just hoping there won’t be anymore random “styling” montages!

Catch the first episode of “Room No. 9”:

Have you watched the premiere episodes of “Room No. 9”? How much are you enjoying it so far? And are you itching to see more of ONE? Drop your comments below!

Belinda_C loves a good, suspenseful drama, and can’t wait for this one to get into the heavy of things! She’s also an Orange Carat, and screamed when she saw Jun Jin playing SVT’s song in the car! Oh stay still my fangirling heart!

Currently watching: “100 Days My Prince” and “Room No. 9”
All-time favorite: “Secret”
Looking forward to: Any suggestions?