Thank-you K-drama gods. All my prayers of wanting a K-drama stock full of romantic cliches has finally been answered and I can hardly contain myself.

“My Secret Romance” is the new OCN romantic comedy starring Sung Hoon and Secret’s Song Ji Eun. This marks OCN’s first time airing a drama of this genre, and I’m all for it. Curious to know what I thought of the first two episodes of “My Secret Romance”? Keep reading!

I had overlooked the animation elements in the trailer and didn’t notice them until I started watching the first episode. I have to say, I’m loving the comic book/real world fusion computer graphics so far. The animated versions of the actors and actresses in this drama were just so cool! The effects were perfect and it definitely helped bring the fairy tale theme of the drama to life. 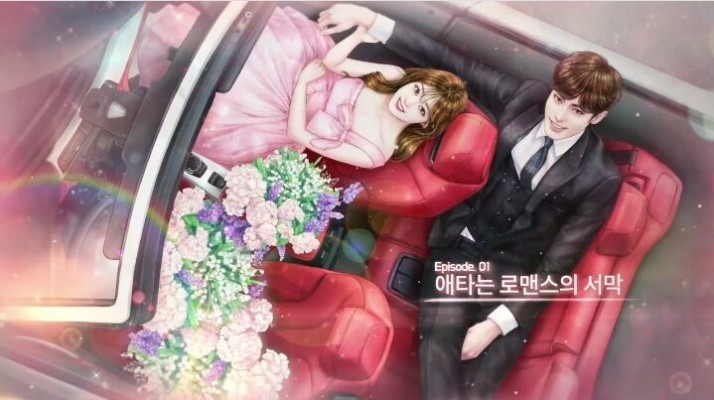 In terms of sound, there are a lot of over-the-top sound effects that tie in with the whole comedic aspect of the drama, and again, it’s really helps make the drama seem like a comic book brought to life. There’s a lot of slapstick humor and over-acting from the actors and actresses, but it’s not too distracting.

I also have to mention the first OST that was released for this drama because UGH, it’s so adorable.

Sung Hoon stars as Cha Jin Wook, the arrogant and selfish son of a wealthy business family. After getting caught up in a scandal with another woman, his father orders Jin Wook to be sent down to one of their resorts in hopes that he would reflect on his actions and change for the better. On his way to the resort, he is forced to take the bus, which is where he first meets Lee Yoo Mi (Song Ji Eun), an aspiring nutritionist.

Scared, Yoo Mi takes off the next morning and the drama fast forwards three years into the future, when Yoo Mi has a job as a nutritionist at the underwear company that Jin Wook is the director of. We also find that Jin Wook was still thinking about the one passionate night he shared with Yoo Mi and has found it difficult to forget about her. Cue the “awwwwws.”

In terms of the plot, pretty much everything seemed like it was revealed in the previews and trailers. It’s a fairy tale story.

Although it’s a typical rom-com of a drama, I couldn’t help but feel giddy while watching it. It’s like a guilty-pleasure and I loved every second of it. The grand over-the-top gestures, over-dramatic acting, and serious cheese factors are alluring to say the least, and I’m looking forward to seeing how the story unfolds (although, I think it’s pretty predictable)!

The story moved at a great pace. Within the first 10 minutes of the second episode, it had already skipped to three years into the future where the two leads meet again. It did satisfy my anticipation and excitement for the time being, but I just really wish all the episodes were out already so I could binge watch it in its entirety. I couldn’t sit still throughout the first two episodes because I was so excited, and I had a stupid grin on my face the entire time.

Aside from the fact that I was hankering for a cliche and cheery rom-com, I was thrilled to find out that Sung Hoon would be starring in this drama. Ever since his badboy role in the drama “Oh My Venus,” I was eager to see him in a full series romantic role, so you can imagine my excitement. He’s undoubtedly an actor who is well deserving of this starring role and I can guarantee more starring roles ahead.

With a predictable plot comes a predictable main lead. We’ve seen this character many times before and we know him all too well. Sung Hoon as Lee Jin Wook plays the rich playboy who is self-centered and selfish; Sung Hoon even played a similar role once before in the mini-drama “Noble, My Love.” But apart from these characteristics, I was pretty quick to look past his flaws and fall in love with him as he let his guard down with the clumsy Yoo Mi; he also continues to love her during the three years that they’re apart. It’s totally swoon-worthy and I’m living for it. 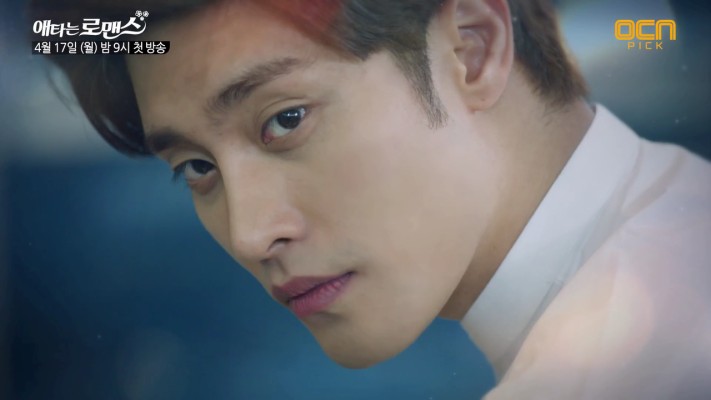 Prior to the airing of this drama, I was too busy being excited about the cliche story, Sung Hoon, and Kim Jae Young that I really didn’t set any expectations for the female lead. I just really hoped that she wouldn’t be annoying and ruin it for me; so far, she’s been a delight. She’s really cute and I can see the chemistry between her and Sung Hoon! It’s still a bit early though, so we shall wait and see.

The part I’m really looking forward to is seeing the cutie model-turned-actor, Lee Jae Young, finally get a decent role in a drama. Having recently watched his crazy and creepy character in the movie “Derailed,” I’ve earned so much respect for him as an actor. He’s legit and I can’t wait to see him more in this series! Can I sense some second-lead syndrome? 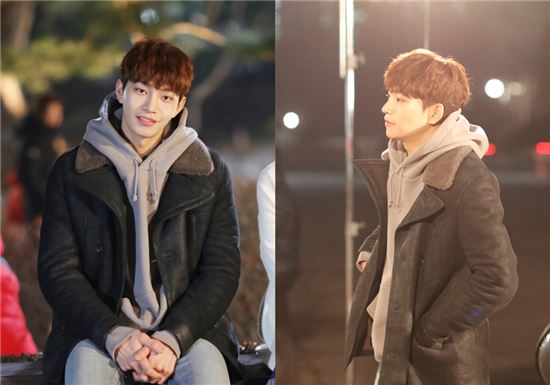 Cheesy? Yes. Predictable? Yes. But, I seriously live for dramas like this. Something about a woman being swept off her feet by a once playboy heir makes me excited. Plus, it’s got the added bonus of having one of my favorite K-drama elements – the epic love triangle. And when this love triangle involves two guys that are swoon-worthy, how can I resist?

There’s nothing more to really say about the drama except that if you’re not into very predictable, slapstick-type humor, then this drama might not be for you. There’s also some cheesiness, but it’s balanced out by the racy parts, and overall, it’s a light-hearted drama that doesn’t involve too much thinking.

Needless to say, I’m looking forward to the weeks to come. I’m hoping it’s not going to be too painful of a series that is filled with cliffhangers and serious anticipation, but I’m thinking it might be.

Me waiting for next week’s episodes.

Hey Soompiers, what do you think of “My Secret Romance” so far? Let me know in the comments below!

binahearts is a Soompi writer who can be most often seen singing her heart out at karaoke, walking her dog, or indulging in dessert. Her current obsessions include Song Joong Ki and BIGBANG. Make sure you follow binahearts on Instagram as she journeys through her latest Korean crazes!